Trailers Weekly is a feature in which we bring you the most popular and talked about trailers of the week. Sharing trailers is a classic viral practice, and trailers are still the most mainstream way for people to learn about movies. We’ve got trailers from Snowpiercer, 22 Jump Street, Rage, Maleficent, Alexander And The Horrible, No Good, Very Bad Day, and A Million Ways To Die In The West. Hit the jump to see them more.

22 Jump Street
After making their way through high school (twice), big changes are in store for officers Schmidt (Jonah Hill) and Jenko (Channing Tatum) when they go deep undercover at a local college. But when Jenko meets a kindred spirit on the football team, and Schmidt infiltrates the bohemian art major scene, they begin to question their partnership. Now they don’t have to just crack the case—they have to figure out if they can have a mature relationship. If these two overgrown adolescents can grow from freshmen into real men, college might be the best thing that ever happened to them. 22 Jump Street opens in theaters on June 11.


Rage
When the Russian mob kidnaps the daughter of a reformed criminal, he rounds up his old crew and seeks his own brand of justice. Nicolas Cage stars. Rage will be On Demand on June 10 and in select theaters on July 11.


Maleficent
The “Sleeping Beauty” tale is told from the perspective of the villainous Maleficent and looks at the events that hardened her heart and drove her to curse young Princess Aurora. Maleficent stars Angelina Jolie, and is directed by former production designer Robert Stromberg. The film opens on May 30.


Alexander and the No Good Very Bad Day
Disney’s “Alexander and the Terrible, Horrible, No Good, Very Bad Day”follows the exploits of 11-year-old Alexander (Ed Oxenbould) as he experiences the most terrible and horrible day of his young life—a day that begins with gum stuck in his hair, followed by one calamity after another. But when Alexander tells his upbeat family about the misadventures of his disastrous day, he finds little sympathy and begins to wonder if bad things only happen to him. He soon learns that he’s not alone when his mom (Jennifer Garner), dad (Steve Carell), brother (Dylan Minnette) and sister (Kerris Dorsey) all find themselves living through their own terrible, horrible, no good, very bad day. Anyone who says there is no such thing as a bad day just hasn’t had one. “Alexander and the Terrible, Horrible, No Good, Very Bad Day,” directed by Independent Spirit Award-winner Miguel Arteta (“The Good Girl,” “Cedar Rapids,” “Youth in Revolt”) from a screenplay by Rob Lieber, is a 21 Laps Entertainment/Jim Henson Company production. The film hits theaters nationwide Oct. 10, 2014.


Snowpiercer
The surviving members of humanity struggle to survive amidst a world covered in ice on a supertrain where the poor and the rich are constantly at odds in the English-language debut of filmmaker Bong Joon-ho (The Host). Starring Chris Evans, Tilda Swinton, Jamie Bell, John Hurt, Ed Harris, Octavia Spencer, Kang-ho Song, and Ah-sung Ko, Snowpiercer opens in theaters on June 27. 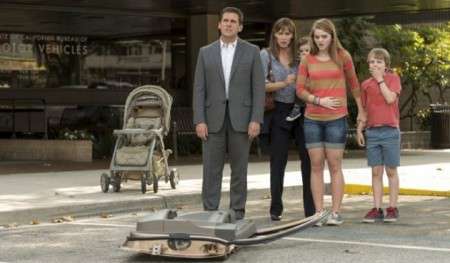 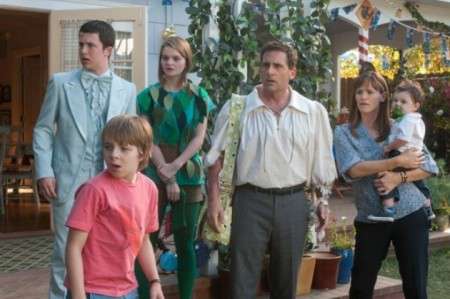