Last November we were treated to a teaser trailer for Christopher Nolan‘s Interstellar, and now after months of waiting, Paramount has released the first full trailer for the film. I can’t remember the last time I’ve seen such a beautiful trailer, and honestly it is now the running for this year’s top 10 trailers of the year.

Matthew McConaughey plays as a scientist and engineer who accepts a mission for interstellar travel in hopes of discovering new frontiers in order to save mankind, when earth’s resources and food supply starts to become scarce. Hit the jump to see the full trailer.

What makes this trailer interesting is that it seems to hint at the idea that the film will be told from two different perspectives/timelines. One is of McConaughey’s character where he consoles his daughter, who feels that he will never come back after such a dangerous mission. The other looks to be Jessica Chastain, who plays an older version of the daughter living in a world where there is still fires and food scarcity.

While the idea of space is a major theme of Interstellar, the relationship between a father’s love for his daughter and the sacrifices he will make to insure her survival is the true heart of the film.

The score, the relationships, the sacrifices, and Nolan’s vision of space is truly beautiful, and makes me even more excited for the film. Honestly, Interstellar is going to be a shoe-in for a lot of awards, especially cinematography. 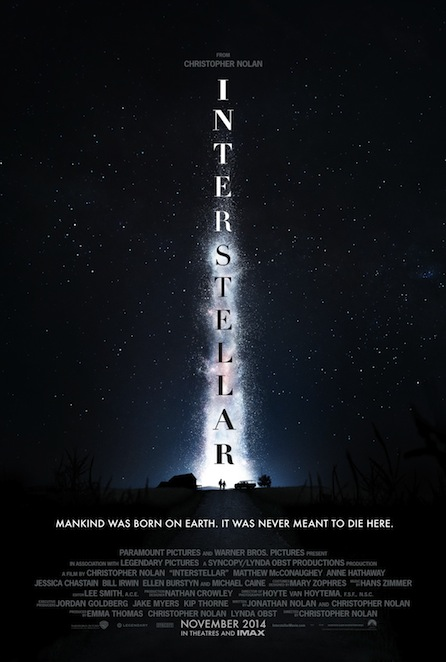