Ever since Disney acquired the rights to Marvel a few years back, fans have been dreaming of what kind of collaboration the two giant entertainment companies could come up with. But none of them could have ever seen something like Big Hero 6 coming. The film is actually based on the comic of the same name, but it won’t be the live-action films we have been accustomed to seeing in the past. No, Big Hero 6 will be Disney and Marvel’s first full length animated feature film.

A young robotics prodigy Hiro Hamada, builds his very own superhero team consisting of close friends and family, and his robot caretaker, a robot named Baymax, which looks like a walking marshmallow. But don’t let the Disney family friendly mantra fool you, Big Hero 6 looks awesome. Hit the jump to see the trailer.

“Big Hero 6″ is a heartfelt comedy adventure about robotics prodigy Hiro Hamada, who learns to harness his genius—thanks to his brilliant brother Tadashi and their like-minded friends: adrenaline junkie Go Go Tamago, clean freak Wasabi No-Ginger, chemistry whiz Honey Lemon and fanboy Fred. When a devastating turn of events catapults them into the midst of a dangerous plot unfolding in the streets of San Fransokyo, Hiro turns to his closest companion—a cutting-edge robot named Baymax—and transforms the group into a band of high-tech heroes determined to solve the mystery. Inspired by the Marvel comics of the same name, and featuring comic-book style action and all the heart and humor audiences expect from Walt Disney Animation Studios, “Big Hero 6″ is directed by Don Hall (“Winnie the Pooh”) and Chris Williams (“Bolt”), and produced by Roy Conli (“Tangled”). The film hits theaters in 3D on November 7, 2014. 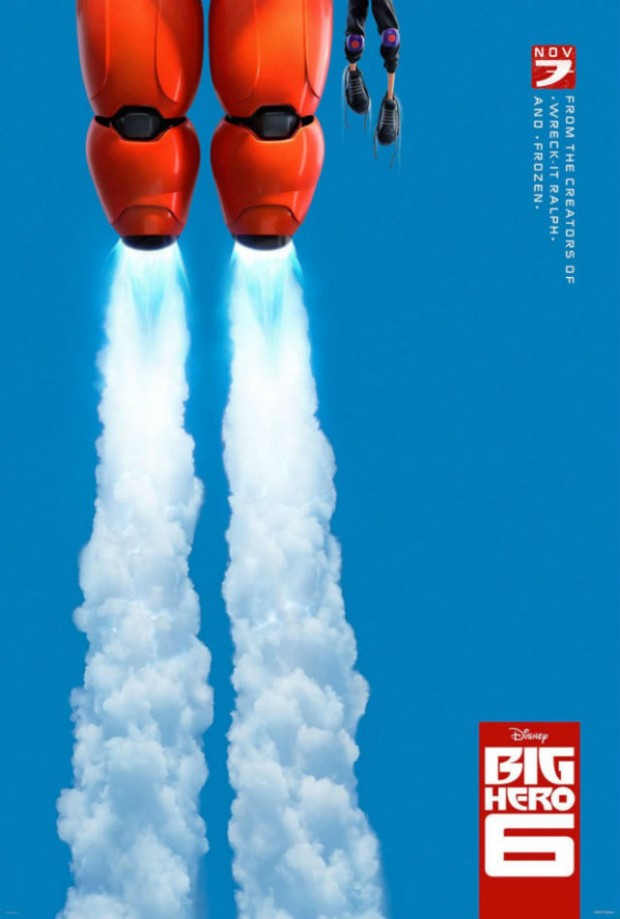