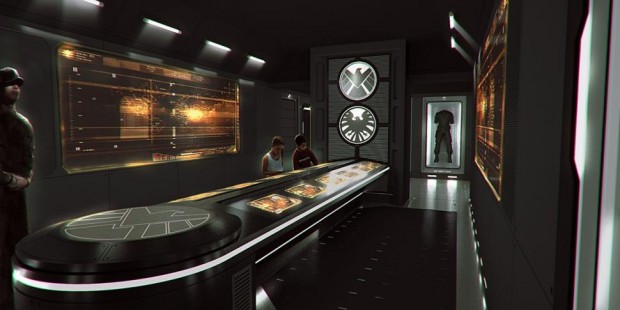 With the success of the Iron Man 3‘s Iron Man Tech Presented by Stark Industries, Thor: The Dark World‘s Treasures of Asgard, and Captain America: The Winter Soldier‘s Captain America: The Living Legend And Symbol Of Courage, Disney and Marvel have launched new exhibits to bring the Marvel experience closer than any movie ticket could. Each exhibit its customized and tailored to fit every respective film, so with Iron Man you get to see the suits and Stark tech, with Thor you get to see the treasures of Asgard and meet Thor himself, with the Living Legend you get to see Cap and some of the history of the first avenger. Now a new exhibit called Avengers S.T.A.T.I.O.N. has popped up, but not in Disneyland like the other three, this time it has appeared in New York, which is a bit appropriate since NY is basically the epicenter of all things Marvel.

CinemaBlend was the first to report on the news of the exciting new exhibit. Modeled after S.H.I.E.L.D. headquarters, parts of the helicarrier, and even some of Stark’s tech, S.T.A.T.I.O.N. brings props from the Marvel Cinematic Universe to the fans to see with their very own eyes.

Visitors will be immediately deputized as S.H.I.E.L.D. agents upon arrival. From there they will be able to walk through the exhibit, view props like a Chitauri armor, Thor’s hammer, Captain America’s Shield, and yes, Black Widow’s leather skin tight suit. There will be even a chance for visitors to interact with some of the pieces. For example, you will be able to enter a room where you will be able to experience to full force of Hulk’s punch, which will be measured by newtons – a unit of measurement which measures force. 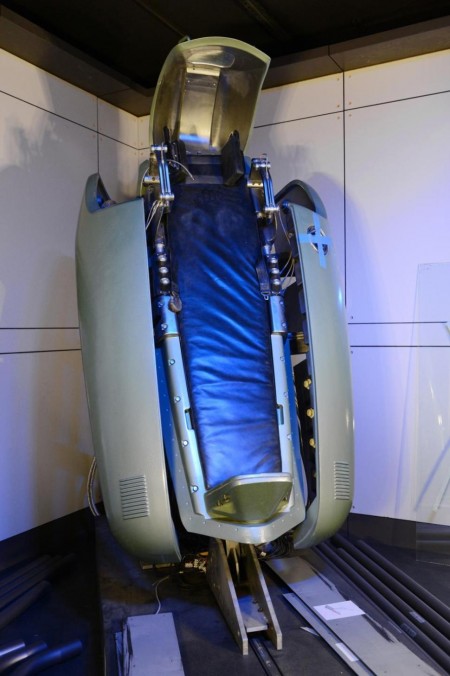 Not only that, but visitors will also be able to see what it’s like to fly like Iron Man using a flight simulator that tracks the user’s eye movement. To make the experience even better, blinking causes the hero’s “repulsor” beams to fire.

And since this exhibit is an education based one with a Marvel theme to it, visitors will learn how Captain America was able to stay alive while he was a Capsicle. Apparently, Cap shares the same hormones that the tree frog uses to resist freezing temperatures. 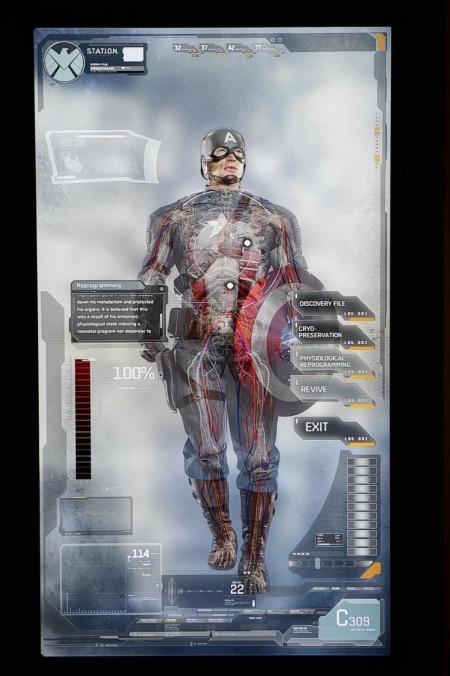 And here’s a look at some of the concept art that inspired the Avengers S.T.A.T.I.O.N. exhibit. 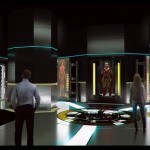 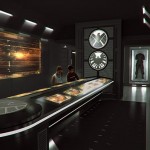 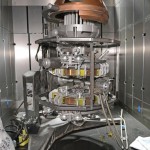 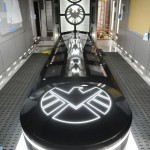 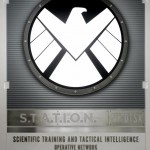 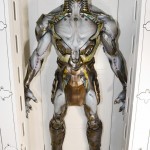 The new exhibit will be featured at New York’s Discovery Times Square, and opens on this Friday, May 30. It will stay open until January 2015. Tickets cost $27 for adults, $11 for children from 3 to 11. For more information, click here.