“A Million Ways To Die In The West” Review: MacFarlane’s West Could’ve Been Wilder, But It’s Still A Fist Full of Funny

As a huge fan of Seth MacFarlane‘s humor in general, I looked forward to seeing his comedic spin on the Western genre with his sophomore directorial effort, A Million Ways to Die in the West. He’s done a fun job skewering and paying homage to a slew of well known films, TV shows and pop culture items on The Family Guy and in his first film, Ted, so the idea of MacFarlane taking on the Wild West felt like it could be the closest thing we could get to having a new version of a Mel Brooks or  a Zucker Brothers film. Did MacFarlane achieve this distinction with his newest effort? Find out after the jump.

A Million Ways to Die in the West stars Seth MacFarlane in the title role of Albert, a sheep farmer who feels out of place in the Old West, because he finds the frontier to be all kinds of deadly. His girlfriend, Louise (Amanda Seyfried), is tired of his cowardly ways and breaks up with him, so she can go galavant with local ladies man and owner of one dastardly mustache, Foy (played wonderfully by Neil Patrick Harris.) When Anna (Charlize Theron), the wife of notorious gunslinger Clinch (Liam Neeson), comes into town, she tries to help Albert become more confident in his gunfighting ability, but in the process, she falls for him which ultimately leads to a showdown between Albert and her villainous husband. 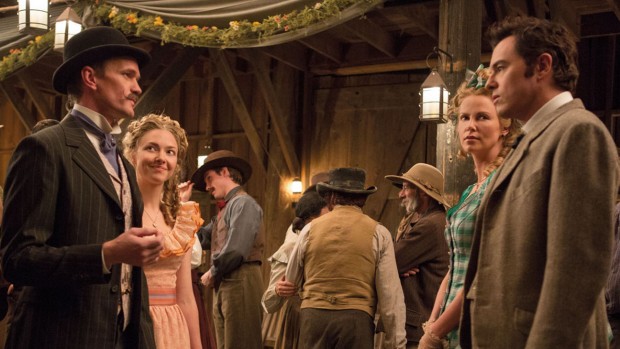 The most surprising part of this film for me was that it wasn’t as over the top as what I had expected. It’s definitely not to the goofy level of Mel Brooks‘ Blazing Saddles or any of the Zucker Brothers parodies like Airplane! and luckily it isn’t on the bad level of most Wayans Brothers comedic attempts (which are usually more crass than funny.) In fact, there are parts of this film that could fit into a more serious movie. Neeson’s Clinch plays it straight and comes off as a truly mean villain who always shoots before he gets to counting to 3.  The relationship that evolves between MacFarlane‘s Albert and Theron‘s Anna adds real heart to the story. Their chemistry is very palpable and adds a normal backbone to what could’ve been just a collection of a “million ways to make a joke in the west.”

That’s not to say that this film doesn’t go into some over the top places. There’s a good share of bodily function jokes and sex jokes and there’s one big racist joke that almost feels jarring at first, but later that joke is redeemed by the appearance of a well known actor. I won’t spoil it for you here. There’s also one poop joke involving Neil Patrick Harris that displays MacFarlane‘s love for drawn out comic scenarios and it had me laughing for several minutes afterwards. Giovanni Ribisi and Sarah Silverman add even more comedic value to the film as a couple who are waiting until they get married to have sex, even though Silverman’s character Ruth is a prostitute who has sex with strangers at least ten times a day. 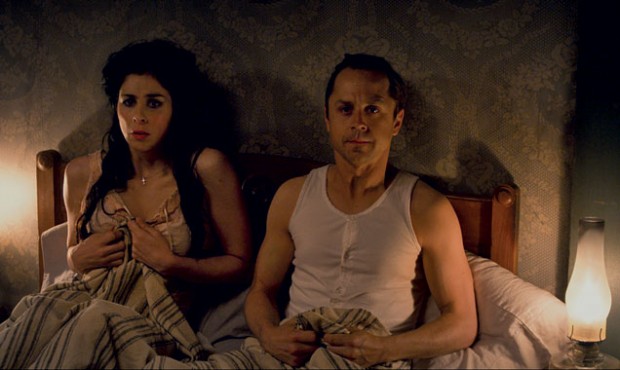 As to other parts of the production, Joel McNeely‘s music score definitely draws from the classic Western epic scores of old and there’s some really nice photography of Monument Valley, a vista you’ve seen in about every Western ever made. MacFarlane pulls off a nice visual drug sequence later in the film, when his character Albert takes peyote, that pays a nice tribute to Salvador Dali paintings. You’ll also find a smattering of celebrity cameos throughout including two that pay homage to characters in other Western-oriented films. One was given away in the trailer.

Overall, when it comes to jokes, you’ll find “the good” and “the bad” in A Million Ways to Die in the West but none of “the ugly” that’s found in the parodical fecal fest of the Friedberg and Seltzer variety. It’s a pretty funny homage to classic Westerns with a MacFarlane comedic twist that doesn’t pull out all the stops like his last effort Ted did, but it’s definitely a fist full of laughs, if you like his type of humor. 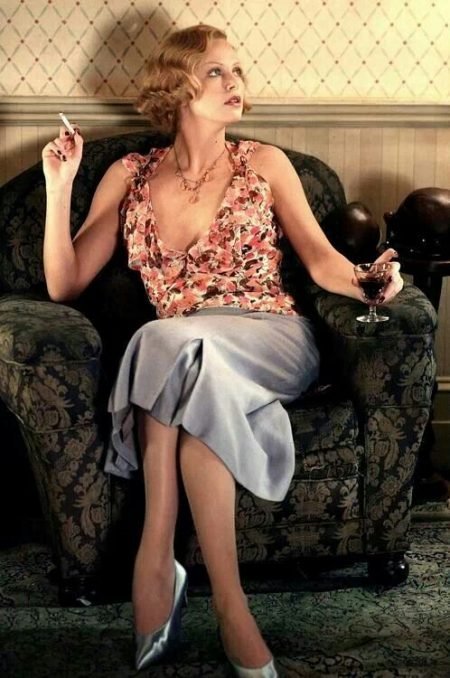