The newly launched Guardians of the Galaxy viral site isn’t afraid to tell some of Earth’s most beautiful destinations look like a piece of s***, when compared to some of the locations seen in the film. Marvel recently launched TheGalaxyGetawys.com, a viral site to help promote the release of James Gunn‘s Guardians of the Galaxy. The site acts like a travel agency which helps the user book flights – or space flights – to some of the destinations seen in the film. Hit the jump to see some images, plus a video that contains some new footage.

As you may have seen, the new viral video doesn’t contain any action footage, which makes sense considering the tone of the site. But we do get to see some of the amazing set pieces that will be used in the film.

Now the site itself contains all sorts of goodies that should keep you preoccupied until the film is released on August 1st, or at least until the soundtrack comes out.

There’s Xandar, which is described as a peaceful paradise under the stars. On the page we learn that this planet is home to the Nova Corps, the intergalactic police force that keeps the universe in check. Or the uninhabitable Moarg, the site where Star Lord (Chris Pratt) takes the orb from the ruins. Then of course there is Knowhere. Now this site is of great importance considering it is where The Collector (Benicio Del Toro) holds his collection of rare finds. We got a glimpse of that area in Thor: The Dark World.

The site has hilarious confessionals like a human telling us that he got to see three romantic sunsets all at one, alone. Goofy reviews like Earth to Eternity telling us that GalaxyGetaways is the only way to travel to other planets. The site also has games, and a quiz that tells you which member of the Guardians of the Galaxy you are most like.

Check out some of the images from the site below. 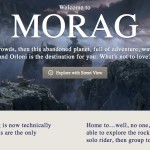 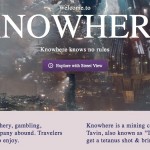 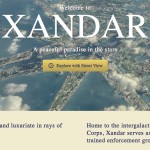 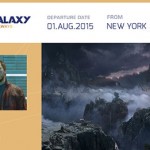 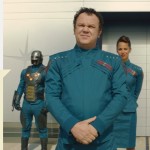 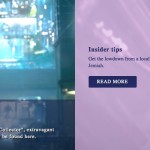 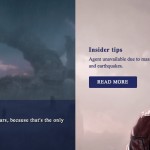 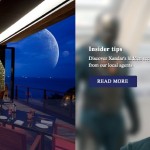