The second trailer David Fincher‘s adaptation of Gone Girl, starring Ben Affleck and Rosamund Pike, as gone online. Based on the Gillian Flynn – she also wrote the screenplay – novel of the same name, Gone Girl is a story that reads like it has been ripped from the headlines. A seemingly perfect married couple caught in a murder mystery, where a husband desperately searches for the truth on who killed his wife, while the entire world looks at him as an apathetic suspect.

The release of the trailer follows four posters of sealed bags of evidence releases announcing that a new trailer was being released today.

Hit the jump to see the full trailer.

The trailer has Fincher’s signature style written all over it. It has a cold and calm demeanor, that is not only chilling, but enthralling as well. Since this is the second trailer that has been released, it delves into the plot, slowly revealing some more potentially spoilerly layers. But from what I hear, the latest trailer doesn’t give too much away. Even if it did, which it doesn’t, the film’s over all colors, tones, textures, and character attitudes make it that much more exciting and adds to the anticipation. 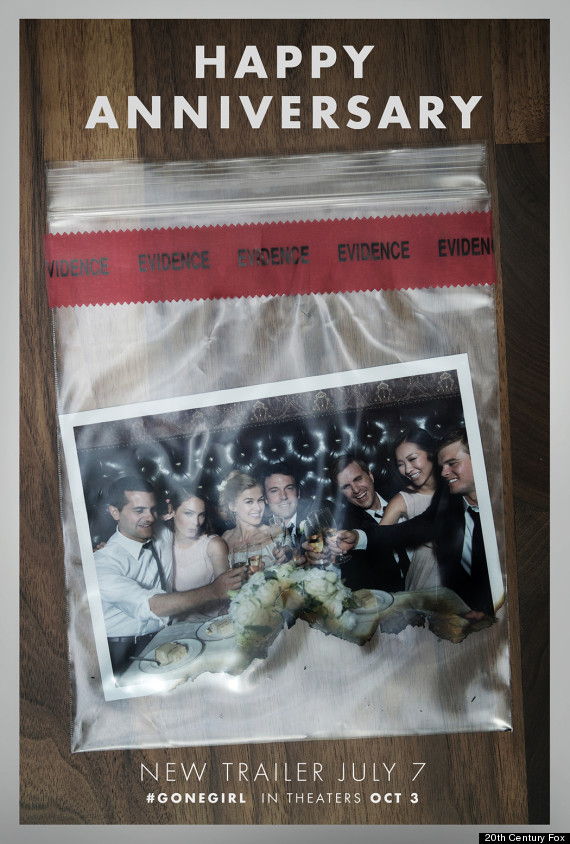