Star Wars Rebels is the first animated spinoff Disney will have since they acquired LucasFilms. Taking place just after Clone Wars and five years before Episode IV, Rebels will follow a new group of young Rebels, all of whom have been affected by the actions of the Galactic Empire. Together they must work as one. The series will also focus on some of the smaller rebel groups that will form the rebel alliance seen in Episode VI.

We recently sat down with the cast and crew of the the new animated series during the San Diego Comic-Con last weekend. Having already spoken to Executive Producer Simon Kinberg about the film, we then talked to Freddie Prinze Jr, who voices Kadan, a young Padawan who lost his Jedi master during Order 66. During our interview we talked about if it was a dream of his to become a Jedi, some of his favorite Star Wars moments, and how his character differs from other Jedis in recent memory. Hit the jump for the full interview.

Was it a dream of yours to become a Jedi?

Freddie Prinze Jr.: You ask any boy that question, I mean yeah. I didn’t play “cowboys and indians” we played Luke and Darth, you know what I mean. There weren’t a lot of Darths back then, so the only one we knew was vader. That was – I mean that’s the scar on my chin. I was telling people yesterday, I bent an aluminum flag pole until it snapped, which is highly intelligent. And my cousin and I were playing lightsabers with it, because we were both really really smart. I was sliding down the slide trying to get away from Vader, and flag pole hit the ground before I did, and it hit my chin, which flew out, and my mom who was watching from afar, lost her mind, she thought I died, and she ran out, and grabbed the piece of chin, took me to the doctor, and stitched it back in, I think I was in the third grade, so I was eight-years old. So I had three stitches that looked like a goatee like no other kid could grow until they were 17. That’s – I mean, I jumped off my roof when I was 12, because I thought I could, because I thought I could use the force. It didn’t, you know what I mean. I sprained my ankle. But I jumped, I thought it wasn’t going to hurt, but it really did. And a million kids will tell you that same story, or maybe they won’t because it is too embarrassing, but I don’t care. That was my whole childhood. I mean every guy was like if I would have done that it would have been sick. Same with Spider-Man, Superman ain’t beatin a Jedi. He’s not. To ask Superman – he’ll tell you.

Do you have a favorite lightsaber fight?

It wasn’t from the movies, it was from Clone Wars, and it is Pre Vizsla vs Darth Maul. If you haven’t seen it, youtube it. It is literally, super ultimate Japanese technology versus Sith ninja skills. People just watch it and go: “That was sick.” And if you didn’t, you didn’t know what the f*** you were talking about. You’re watching technology dominate discipline that technology through discipline what is dominating it, and destroys that. And once Maul gets advantage and recognizes what’s beating him and he takes out the technology and now the Madalorian has to use his skills, which are so far inferior to Sith ninja skills, that he is fricking done. And he gets his cut off in the director’s cut, if you watched it. And even if you didn’t, you know it does. But that fight holds up against any lightsaber fight, I challenge anybody to argue that. I can break down the entire story of how it went, the ups and downs of it, and you can’t, so that is probably my favorite lightsaber fight – out of all of it.

Your character is this cowboy Jedi, we haven’t seen that role for the jedi, who are generally more reserved, but you can be described as wild, can you tell us a little more about that.

It’s a really fine line. Jedi are the ultimate in discipline That’s why they are ostracized They are a legitimate threat. That’s while Palpatine trips, because he knows – you look at somebody – a lot of times you know when you can own a guy or not, so you get ostracized. The smartest kid in school gets ostracized. The alphas own high school, and when they grew up there, the guys that were ostracized create every great idea the world’s ever had. So they are dangerous people.

So this is the trick. It is not the Jedi way to be cocky, to be arrogant, to talk shit, you know what I mean. Those aren’t Jedi things. It is a very fine line. That’s a latitude that you cannot break the Jedi mold, not even with creative licenses, I don’t care who you are, fans will crucify you, if you do. To look at the history of this character, and we explain the history early in the episodes, he’s not a band geek, his master was taken from him. The Inquisitor gives it away early on because he recognizes Kanan’s fighting style, only it’s a unrefined, less disciplined form of it. Because he lost his master at a young age. For me and Dave [Filioni] discussing that, we’ll talk about a traumatic event that stunted his growth, the growth has been stunted emotionally, it has been stunted in the way of the force, he’s not a master. He’s going to be called a master by Ezra at some point. and it’s going to be a conflicting thing for him, he’s going to lack confidence, which gets answered in the most Star Wars way. He lacks faith, which results in something awesome happening, I literally have crazy goosebumps. But to float that line, when I grew up my grandfather would always let me watch the westerns and samurai movies, right? Jedi are samurais, the Sith are ninjas, that’s why I make this comparison. The samurai way was a way where people would ask, “how do you live like that.” And the samurai would answer, “how would you not.” It’s arrogant, but it’s true. And because of their discipline, to be a teenage Jedi, and emotionally be at age even that you have to be a man, he’s going to make mistakes. In this show, he pays for every one of them, so he’s not getting away with anything outside the Jedi world, it comes back to bite him when he makes mistakes. That said, he is forced into that teaching role, if any of you have kids, or if you were a kids once, you taught your parents this. My daughter teaches me things. I got to worry about Ezra’s anger. I got to worry about his abandonment issues because it goes to the dark side. You say that enough it becomes your mantra. You have to practice what you preach. That’s how he sort of how he defends himself from going to the dark side, which is breaking the Jedi mold. So that’s the way to do it. I watched the old burners and the old Sergio Leone, and all that style, and a combination of the lone wolf and cub, the stoic “I won’t let anyone behind me because the child is here, I don’t care how many of you there are,” he’s very protective of Ezra, he’s every disciplined in those moments. But if the kids is not around, and it’s him and some Storm Troopers, and he knows it’s their ass, he’s 16 years old, he’s going to be like, “Give me your best shot.” 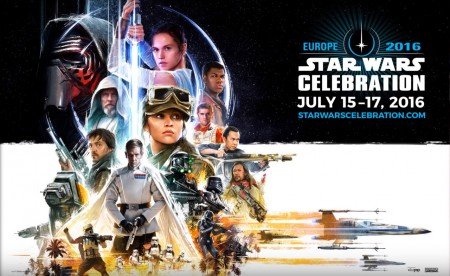