Jonathan Liebesman‘s Teenage Mutant Ninja Turtles introduces those four heroes in a half shell to a new generation. In the film, Leonardo, Donatello, Raphael, and Michelangelo find their calling, when the Shredder and the Foot Clan commit crimes and cause all sorts of terror across New York City. The brothers must work together alongside April O’Neil (Megan Fox) and her cameraman Vern (Will Arnett) to stop the Foot’s latest threat that will leave the citizens of New York City in a paralyzing state of fear. You can read our review here.

We had a chance to attend the film’s press conference in Los Angeles with film stars Megan Fox and Will Arnett, who were just coming off promoting it over at the San Diego Comic-Con. While there were many things said during the Teenage Mutant Ninja Turtles‘ press conference, we put together the top five things that were said during it. Hit the jump to see what Fox and Arnett had to say about shooting the film.

5. The Art Of Seeing Things That Aren’t There.
If anyone knows how to act opposite of something that really isn’t there, it’s Megan Fox. Having already starred in two Transformers films, and now Teenage Mutant Ninja Turtles, it’s pretty safe to say that she knows how to act with non-traditional characters. “When we were doing Transformers, Shia [LaBeouf] and I were just screaming things at the sky,” said Fox, “We had no references, at all, at that point, because how can you when you’re dealing with 30-foot robots?” But considering that the actors who portrayed the turtles in the mo-cap suits were more or less the same height as her, it was a bit easier to play off of. “When you’re doing movies like this, you do the scene with the actors, and then you have to do a clean plate without the actors there, so that if they want to use that shot, they don’t have to paint them out before they paint the Turtles in,” said Fox.

4. Megan Fox Understands What It’s Like To Be A Journalist. Kinda.
As press, we tend to cover so many press junkets, round tables, and one-on-one interviews, its rare to see what it’s like to see one of the actors play the role of a journalist. Certainly someone like Clark Kent and Lois Lane come to mind, and you can make an argument for Peter Parker, so Fox talked a little bit about what it was like to play the journalist for once. “I’m not trying to tell you guys that you’re becoming obsolete, but everyone with an iPhone is a journalist in their own way now, especially because we live in a tabloid culture,” said Fox, “When you watch CNN and they’re giving you news based on tweets that people are sending out, you realize that society is really changing.” She went on to say that her opinion of journalist hasn’t changed, but she now realizes how difficult their job is, and that they “have to keep track of a lot of shit.”

3. Will Arnett Enjoyed His Big Budget Tentpole Debut
Will Arnett is somewhat a stranger to these kind of films considering he’s never actually been in one. The Arrested Development star talked about what it was like to be in a film of this magnitude, and what it was like to work alongside someone like Megan Fox, who is more familair with the big budget atmosphere than he is. “I really enjoyed it,” says Arnett,” “on every level, it was certainly a departure for me, and I learned a lot from Megan [Fox], in the process of making this movie.” According to him, “Because Megan has done these big blockbuster movies, there’s almost a different language that you speak in these kinds of movies.” He went on to say:

When you see Megan in certain frames and there’s a lot going on and a lot of action, she makes you think of big summertime action blockbuster movies. I’m just used to being a jack-ass. That’s not a joke.

2. The Over Serialized Female Is A Part Of Hollywood Since The Beginning.
Being a part of two Transformers films, Michael Bay took advantage of Megan Fox‘s beauty and hyper sexualized it in both films. And while that may rub some people the wrong way, Fox isn’t really bothered by the fact that she had to over exert some of her beauty for the big screen. But what is surprising is that Teenage Mutant Ninja Turtles toned it down a bit, and portrayed April O’Neil as a strong female character, which again is rarely seen in a Michael Bay film. “First of all, I don’t mind doing that stuff,” said Fox, “that’s been a part of being an actress in Hollywood since the beginning. I don’t feel ashamed or like I can’t be taken seriously while also wearing a tank top.” She added, “And if you don’t take me seriously when I’m wearing a tank top, that’s your fucking problem, not mine.” But it wasn’t necessarily the character that attracted her to the role, it was because she was a fan of the franchise already.

“I really campaigned to get this because I was a fan. I was afraid, at the same time, because you don’t want to ruin something that you’ve loved and be a part of its downfall. I was terrified of letting people down, but I had to do it because it was iconic to me, as a kid. I just feel lucky to have gotten the opportunity.”

1. Megan Fox’s Choice Words To All The Haters Out There.
Many have said that Michael Bay completely destroyed their childhood since he bastardized Transformers. Now that he, or at least his Platinum Dunes production company, has moved onto Teenage Mutant Ninja Turtles, fans have even more reason to hate him and any film he may be associated with. However, Megan Fox has something to say about those haters, and it isn’t nice.

Let me tell you something about those people. How much money did Transformers 4 make? Those people can complain, but they all go to the theater and see those movies. They’re gonna love it, and if they don’t love it, they can fuck off.

She does have a point, Transformers: Age Of Extinction was one of the first films to have a $100 million opening weekend. The two she starred in was one of the highest grossing films the year it opened. So while we keep saying we hate the film(s), they continue to be box office smashes, and are all the more reason studios keep churning out films under his name or production banner. 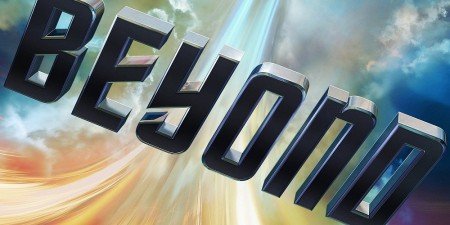