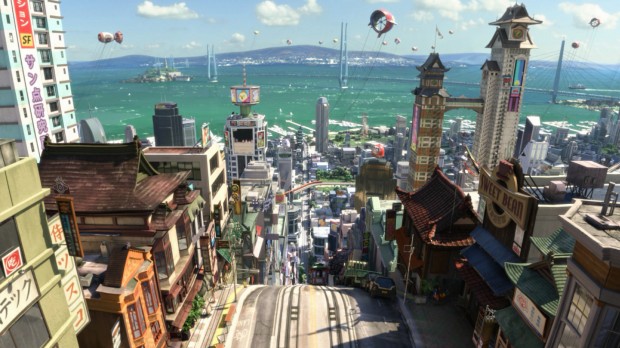 24 – Tokyo’s research trip included taking notes on the city’s skyscrapers.  The team had to study the building’s density, layering, ratios.  But what struck them the most is the degree of architecture, the way some tiles are fitted, even the sidewalks.   Even utility poles takes on a certain esthetic.

25 – For the character’s costumes, the research trip included a study on Japan’s fashion from traditional kimonos to more contemporary kimonos.  The teams also went on trips to the malls to study some of the details of other fashion that would help inspire the characters’ costumes.

27 – The team also studied the San Fransisco’s homes, most of which had a Victorian and Queen Ann designs, which would be an inspiration for Hiro’s house. 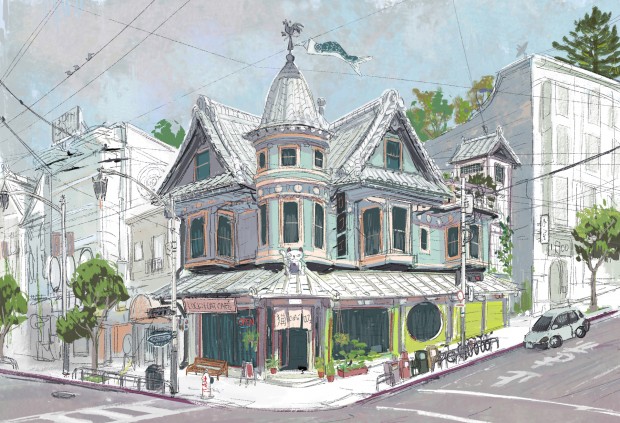 28 –  These research trips would help shape the look and feel of San Fransokyo.  So there will be many iconic landmarks from San Fransisco, but also specific architecture that can only be found in Japan.

29 – Baymax was never in the original comic books, instead his character was a creation based on a research trip to Carnigie Mellon, where they learned about soft robotics. 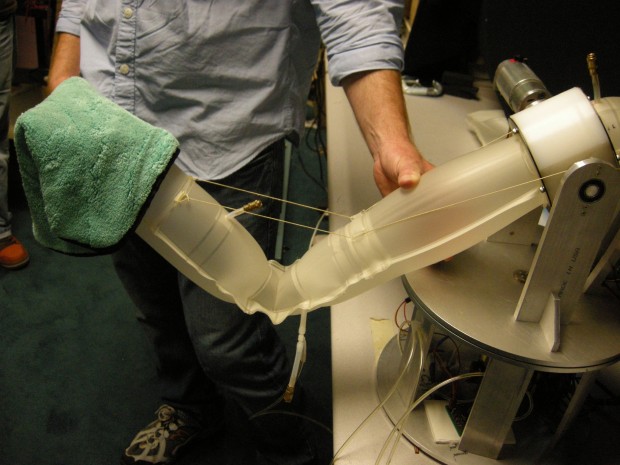 30 – The story of a boy and his robot would always be the core of Big Hero 6‘s story. And during a research trip to Carnegie Mellon, directors Don Hall and Chris Williams were introduced to the applications of soft robotics. The development of this real world technology would be used in the medical field, which is why Baymax is a healthcare robot instead of Giantor or a gundam.

31 – The design of Japanese rice cookers also helped create the look and feel of Baymax.

32 – The writers were even involved in the research process.  They met with chemists, doctors, police officers, and other experts to make sure the film is authentic as possible.

Visual Effects
33- The first thing that comes to most people’s minds when it comes to effects are water, fire, smoke, rain, snow. Environmental elements that play into both animation and live-action, and over at Disney, they work on both. Remember the Frozen snow technology? That was developed over at Disney Animation Studios after much research on everything about snow

35 – The effects can also be an extension of the surrounding environment. Sometimes these environments need to be created from scratch in order to get tone right.

36 – These effects can be characters themselves. Effects can have personality, much like how the paper airplanes in Paperman had personality.

37 – The filmmaking process for an animated feature is a huge collaborative process. Since everyone working on Big Hero 6 are contained to the studio lot, it leads to happy collaboration about an idea and an extension of an idea. Everyone is a part of this filmmaking process, ideas are constantly bouncing off different departments, which will ultimately result in what you see or may not see on film. 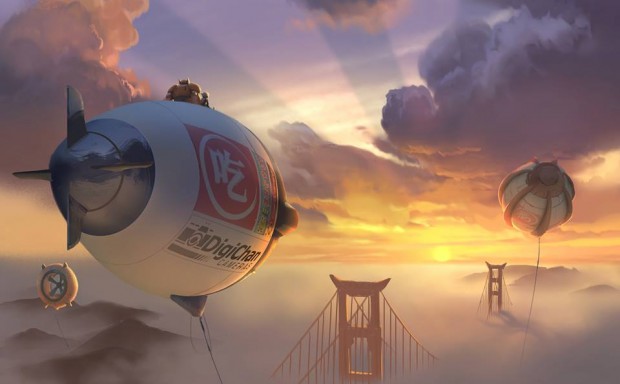 39 – Animators and effects artists are often working together to make sure each and every shot goes over smoothly.

40 – Challenges of the creative aspects of Big Hero 6, when the director wants something that looks very different, the first thing that the visual effects artists do when they are handed an idea of want kind of effect they want you to see, they go through the motion of things you have seen before. Once they have exhausted those, they get to the blank slate, and then that’s where the real work begins. It takes a lot of time for these visual effects artists to eliminate things that you have seen before.

41 – A lot of times they have these ideas, its just a matter of executing them. So for Big Hero 6, there are two major ones. The one we got to see was the MicroBots.

42 – Creating complex environments was a top priority for the visual effects team, which would be the basis for the world that is San Fransokyo. They leveraged off an idea to do a light simulation engine, a ray tracer that allows for unlimited complexity. Meaning they are not limited by memory on the machine they are rendering on anymore. So that was a breakthrough idea. Now they are using that technology on Big Hero 6. It will help simulate reality, and is an integral part that would help integrate the tone of the film.

43 – Effects create many different data sets that need different technology, so for a water surface, it is rendered the same way the top of a car would be surfaced or a pier would be surfaced, its a hard surface. That is the Hyperion technology at play. To render the bubbles used in the film, the visual effects team used a technique called “Instancing.” For that, the team is actually animating bubbles, and copying them to certain points in the scene.

44 – The amount of how complex these animated films are becoming has drastically changed. For instance, there was a team of 16 during the production of Tangled. It has since grown, with Big Hero 6 now being a team of 40. Effects designer are working with the directors and art directors to figure out the look of the effects. There is also a layout and animation lesion directly input inside the various departments to make sure they are working cohesively, and the to make sure the visual would be seen through. 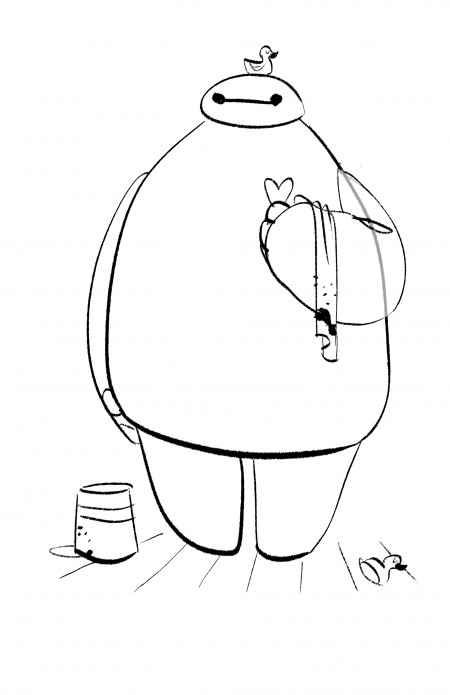 46 – Because penguins don’t move the arms/wings too much, it made even more sense to base a Baymax’s movements on a penguins’ movements, because a robot doesn’t swing their arms as much as a human does.  These robots just needed the essential movements.

47 – Baymax didn’t always have his current balloon like shape. Different versions of the character actually had a tighter stomach with a more athletic build. But to maintain his balloon shape, they had to make him more inflated. So the team settled on the Baymax you see now.

48 – One of the cool things about Baymax is everything is based on the context of the movements. Just a little head tilt will reveal a great deal of curiosity.   Even moving a head tilt six frames earlier might help improve the tone of the scene.

49 – Animators would have to track each of Baymax’s movements over the course of the film in order to get his behaviors right.  For example, Baymax will have to turn, then look, then walk.  He cannot overlap any of those things because he has to go through a certain protocol.  But since he is a learning robot, those behaviors become shorter and shorter.  This makes the audience more active participants in the film then they actually believe.

Continue to see more about the Microbots, the character effects, and production design of the film.