Viral Video: SNL Parody Trailer For ‘The Faults In Our Stars 2: The Ebola In Our Everything’ 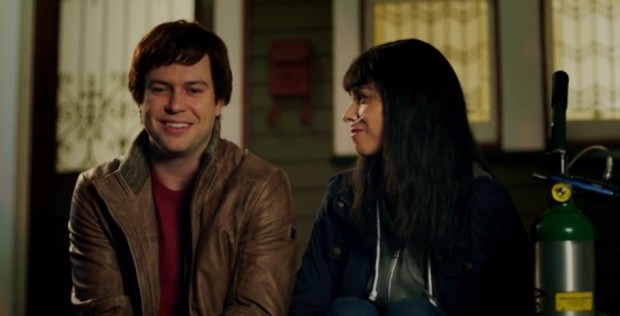 No film no matter how massively popular, critically acclaimed, or profitable, is safe from comedic parodies. Last week, SNL spoofed Marvel Studios’ success with a number of parody trailers based on Guardians of the Galaxy. Now they are doing it again, but this time for the teen sob story hit The Faults In Our Stars.

But just doing another spoof of the trailer but with random terminal illnesses would be some what of a repetitive theme, so Sarah Silverman and Taran Killam did one with the focused on more current affairs: the Ebola virus outbreak. It only seems fitting to call the trailer The Faults In Our Stars 2: The Ebola In Our Everything. The trailer is almost a mirror image of the film it is parodying, only with that humorous SNL touch and a shift in the illness. It’s actually quite funny.

Hit the jump to check out the parody trailer for The Faults In Our Stars 2: The Ebola In Our Everything.

The skit has Silverman playing the young Ebola stricken Olive, who has fallen head over heels for Theodore, played by Killam who does a hilarious impersonation of Ansel Elgort.

It should be noted that Ebola is not an airborne virus, but can be passed through contact with bodily fluids. So I think the “just the tip” plan is out of the question.

These parody trailers are pretty spot on, and hopefully SNL is planning for more in upcoming episodes. Bill Hader will host the next one, and since he is a SNL alum and a master impressionist, I could see him in a parody of Gone Girl.

Saturday Night LiveSNLThe Faults In Our Stars 2: The Ebola In Our Everything