There are those who love Michael Bay‘s Transformers film franchise, then there are those who just hate it. While all four films have been a box office smash, there is no doubt that people unanimously hate the film for being vapid headache inducing action films. That being said, we are still getting one more, because you know how lucrative this franchise is to Paramount.

So Transformers being the Michael Bay film that it is, begs to be ripped to shreds by films fans to love to tear them apart. Thankfully we don’t have to wait any longer as Screen Junkies have released the honest trailer for Transformers: Age of Extinction. Hit the jump to check it out.

Honest Trailers isn’t one to hold anything back, and start off by calling out Paramount for enabling Michael Bay for wanting to watch the world go boom. They even admit to using the same footage from previous Honest Trailers for Transformers films since Bay is guilty of using the same footage from Transformers films in the same one. But calling it the “stupidest, most incoherent movie yet in the franchise,” is almost giving the film too much credit.

But they really hit the nail on the head when they start to attack the number of times Age of Extinction shows the American flag or when we are hit with yet another scene that has product placement. Of course since the film has an all new cast, Honest Trailers makes its move on them. They attack Mark Walhberg‘s character for declaring that he is an inventor one too many times, as well as having a Boston accent but being born and raised in Texas – I still never quite figured that one out yet.

To top it all off, Honest Trailers points out Age of Extinction questioning why the characters had to move to China when they didn’t have to in the first place, then it switches from the English-speaking trailer voiceover to a Chinese one. But there is a point to this.

Also in question, the fact that a 20 year old is in a relationship with a 17 year old. It then says if they put so much attention into finding loopholes in Texas law, why didn’t they put the same effort into writing a better script.

But that seems to be asking too much from a Michael Bay film. That being said, as long as films like these get made, Honest Trailers will be there to tear them apart.

Transformers: Age Of Extinction is available now on DVD/Blu-ray. 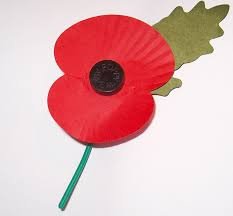