Trailers Weekly is a feature in which we bring you the most popular and talked about trailers of the week. Sharing trailers is a classic viral practice, and trailers are still the most mainstream way for people to learn about movies. We’ve got trailers from Camp X-Ray, Electric Boogaloo: The Wild Untold Story Of Cannon Films, LFO, Focus, and A Merry Friggin Christmas. Hit the jump to see them all.

Camp X-Ray
A young woman joins the military to be part of something bigger than herself and her small town roots. But she ends up as a new guard at Guantanamo Bay instead, where her mission is far from black and white. Surrounded by hostile jihadists and aggressive squadmates, she strikes up an unusual friendship with one of the detainees. A story of two people, on opposite sides of a war, struggling to find their way through the ethical quagmire of Guantanamo Bay. And in the process, they form an unlikely bond that changes them both. Kristen Stewart stars. The film opens in theaters on October 17.


LFO
Robert (Patrik Karlson, The 100-Year-Old Man Who Climbed Out the Window and Disappeared), an amateur sound engineer, spends hours in in his basement full of wires and oscillators experimenting with sound waves. After he finds a frequency that allows him to hypnotize people, he lures his attractive new neighbors into his house to act as test subjects for his discovery. Under Robert’s control, the oblivious couple is manipulated into increasingly elaborate role-playing games that allow Robert to indulge in his most megalomaniacal fantasies. But when investigations into the suspicious death of his wife threaten to bring an end to his demented operation, Robert must use his scientific breakthrough on a much larger scale in order to continue his warped research. Check it out on VOD on October 28.


Focus
Will Smith stars as Nicky, a seasoned master of misdirection who becomes romantically involved with novice con artist Jess (Margot Robbie). As he’s teaching her the tricks of the trade, she gets too close for comfort and he abruptly breaks it off. Three years later, the former flame—now an accomplished femme fatale—shows up in Buenos Aires in the middle of the high-stakes racecar circuit. In the midst of Nicky’s latest, very dangerous scheme, she throws his plans for a loop… and the consummate con man off his game. Focus opens on February 27, 2015.


A Merry Friggin Christmas
An American comedy starring Joel McHale, Lauren Graham and the late Robin Williams. Boyd Mitchler (McHale) and his family are forced to spend a dreaded Christmas at his parents’ house with his eccentric father whom he has been avoiding for years. When he realizes that he left his son’s gifts at home, Boyd and his father must hit the road in a blizzard to retrieve the gifts before sunrise to save Christmas. 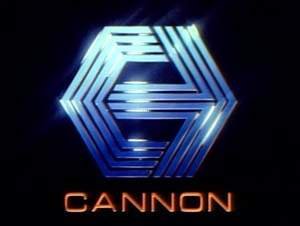