In Disney’s Big Hero 6, Damon Wayans Jr. and T.J. Miller play almost complete opposites on the hero team. Wayans is the timid Wasabi and Miller is Fred the spirit animal of every enthusiastic fan boy and girl out there. The pair sat down to talk about the movie and just how what sets these characters apart is also what bonds them together and with the rest of the team. Hit the jump for more and for the scoop on Wayans’ epic scream in the film.

What were your reactions to seeing the movie for the first time?

Damon Wayans Jr.: I was literally blown away. It’ was one of those moments where you’re like, ‘I can’t believe that I’m a part of this.’ because it takes you on this emotional roller coaster You’re laughing one moment then you’re like holding back tears then you’re angry. You’re literally Hiro. You’re following him.

T.J. Miller: There is something spectacular with Disney being willing to pioneer a world where Hiro understands death, he understands loss. Baymax doesn’t and he teaches him about it. But Baymax also teaches Hiro and thus teaches this generation of kids that there are ways to deal with grief. This is what grief is. There’s some sad stuff in it but it’s really well balanced with the comedy and the action and thats the thing about Disney is that you don’t have to sit in it for too long while you’re watching the movie.

T.J. were you excited about getting to create a song for the movie?

Miller: I am very frustrated the whole thing didn’t make it in. It should be playing over the credits. That’s the thing about Disney. They know I’m an improvisor by trade. They would say ‘improvise this’, ‘give us ten different lines there’. They were just really open to collaboration. They said, ‘There’s a song we thought of him singing, you know like ‘Fred’s Angels’ and I was like ‘Okay. Do you have like a scratch track with the music?’ And they were like ‘Well we sort of just thought you’d just make it up.’ And that’s a great example of how Disney allowed me to do some pretty absurd stuff. A buncha lines, I can’t believe this is in a Disney movie. And they said they had animated it, the full 3 minutes. I’m very pleased about that.

Was that a benefit to being able to record alone?

Wayans Jr.: This is my first one of these (Voice Over roles). They were very open to exploring your own character and building it. When you see the final product you’re like ‘Wow, how did they make it seem like we were all in a room recording together? The editor’s there, the animation. That’s some of the best acting I’ve ever done because of the animation of the movie. I was sitting there going, ‘Wow, I don’t know if I would have made that choice’ or thought to make that choice.

Miller: The best physical comedy I’ve ever done, somebody else animated it. They make such great decisions and the script is so malleable and they have so much time to tweak it. I think that’s why these movies are always classics and always enjoyable to watch. It’s unlike anything you’ve ever seen. The fact that they partnered with Marvel so they have a superhero throughline and they talk about what it means to be a hero. Does a hero involve pursuing vengeance when there is a death? Or does it involve trying to carry on the spirit of the person that died? What makes somebody heroic? There’s a lot of themes that are being dealt with that are different for a Disney movie. Could this be more different than Frozen? What a bold way to follow it up!

Do you guys have any sort of long history with Science as a kid?

Wayans Jr.: I’m left handed so I was always weirdly good at science and math. I was terrible at English and voicing my own opinions on essays. I was really good at chemistry for no reason. I used to let everybody copy off my test.

Miller: I wish we went to school together. We would have been the perfect harmony.

Wayans Jr.: I could have copied off your English and History.

Miller: You could write with your left hand while I’m writing with my right.

That’s what we need to see a merging of Wasabi and Fred into this fire jumping, breathing, blade wielding, high pitched screaming and gravelly voice superhero.

Damon, was Wasabi always that timid or did you make him that way?

Wayans Jr.: He was always timid. It was always their thing with him. He was always the neurotic guy who was always obsessed with precision and order. Place for everything, everything in its place was his motto. They played around with the idea of him being OCD, a germaphobe but it wound up changing throughout the movie. I’m still happy with what came out of it. I loved how he looked, when he doesn’t talk you just go ‘Oh, this guy’s just badass.’ and then he’s like ‘I don’t know if we should do that.’ Why is that voice coming out of that big man?

Miller: The scream is the best part of the movie.

Wayans Jr.: I can wake up after 8 hours of sleep doing that. There’s an earthquake that happened not too long ago. Literally, it was the same scream. After I woke up screaming, I look over and my lady is dying laughing. It’s ridiculous but a fun character to play because it shows you that image is not everything. Don’t judge a book by it’s cover because this guy’s a very fearful nerd. He’s the straight man, he’s the voice of reason. He’s the audience going, ‘You guys are idiots, you don’t know how to fight crime. Don’t do that. Be safe.’ I liked being the anchor.

Miller: His character I think, when he stops at the stop light is one of the funniest parts of the movie. Disney can do that. They can play the straight man, do the action, have the heart. Honey Lemon has a very interesting afect to her voice, Hiro is very much similar to Ryan’s voice. But I came in and was like, ‘What do you want the voice to be like? (for Fred) Like a character?’ And they said, ‘No, no, it’s kind of like your voice, you just do your comedy. Just be you.’ To see a Disney character that’s unlike any other Disney character–kinda of slacker, skater, superhero kinda guy that ends up being you know a billionaire’s son. The look of these characters is so different because it is a merger of all these types of animation. And then it’s just–it’s my voice doing the comedy that I would do in a live action movie. Fred escapes into this world of superheroes because he’s such a fanboy. I think we all do that a little bit. I think that’s why we see these movies sometimes because in our lives certain things might be absent but you’ve got places to go. Where you can kind of escape and live in a fantasy world for just a little while.

What do you feel like was the Wayans Jr. contribution to the character of Wasabi?

Wayans Jr.: I feel like maybe the camaraderie aspect. I feel like I’m a good friend, I’m really supportive. So even if I look like I don’t want to do something if my buddies need me, I will show up. I identified with him in that aspect. I also identified with him in that I am kind of OCD myself. I always have to have gum, I always have to have my breath smelling fresh. I have to smell good. My books have to be slanted, they can never be to the right. It’s weird.

Miller: I like that the gum and smelling good is a thing. I think that’s just being considerate and in my mind I’m like I need to be more considerate.

Where would you want to see your characters go in possible sequels?

Wayans Jr.: I think I want longer dreads for sure.

Wayans Jr.: That’d be hilarious. We both have dreads.

Miller: Just cause I kinda wanna be closer to you.

At the end of this you see them form this superhero group. The storyline is this superhero tale. Fred says it, ‘This is our origin story! This is how we become Big Hero 6 and so then it’s just natural that you’d want to see them now be superheroes instead of become superheroes and that’s more wish fulfillment for the kids. They’re like ‘If I was a superhero, what would I do?’ We ask ourselves that at the end of the movie. I would like to enjoy a little bit of this incredible storyline we kind of just hinted at. Fred’s father is a superhero, that’s why he loves it so much. What then for Fred does that mean? He works so hard to be like ‘We can do this, this is our first landing!’ As you watch it, I wanted to see more as an audience member.

Wayans Jr.: I would love to see them actually be superheroes, work all those kinks out, they sort of know how to do it now but they’re still kind of that group of friends that pushes each others buttons. I’d like to see more of that too. I always felt that they were super close but that they should have more jabs at each other, like a real group of friends.

Miller: There isn’t one of us here that doesn’t want to see Baymax waddling just a little bit more. 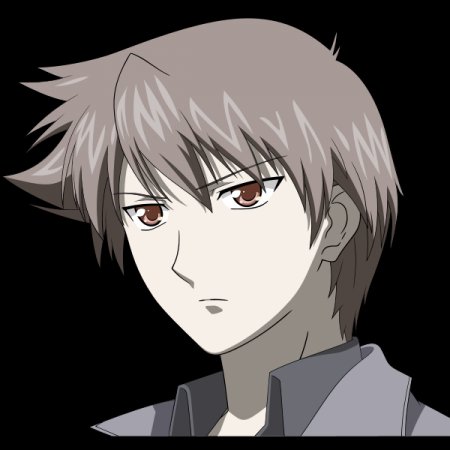