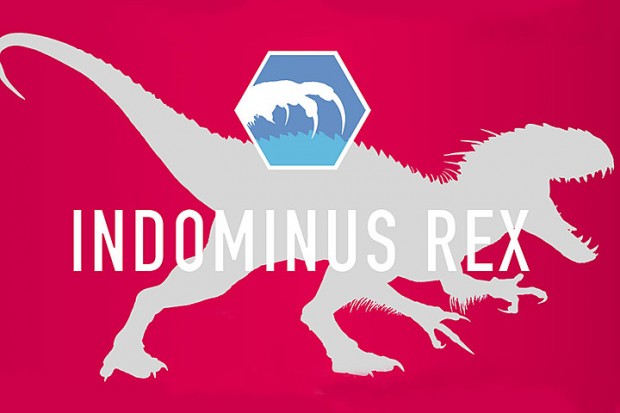 Though we got to see only a couple of dinosaurs in the first trailer for Colin Treverrow’s Jurassic World, we never got to see the hybrid dinosaur that Bryce Dallas Howard’s character “cooked up.” Well it looks like that may change. The site sat practically unnoticed since the debut of the first trailer, and now it has been updated with some very exciting teases of the mysterious, deadly Indominus Rex. Other additions include information on other dinosaurs such as the Tyrannosaurus Rex, the Triceratops, and more. Hit the jump to check out the first images of the Indominus Rex as well as other information about the park.

The newly update site acts more like a theme park website than it’s predecessor. It comes with the information you may need in order to plan out your day if you were to attend the park like operation hours, theme park map, hotels, monorail schedules, etc.

Credit to ScreenCrush for finding the update. According to the film site, the Indominus Rex’s name means fierce or untamable king. It is a forty foot beast, whose creation was in the John Hammond lab, and his habitat is on the Jurassic World Island. 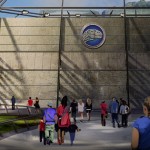 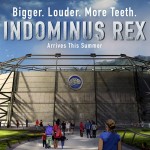 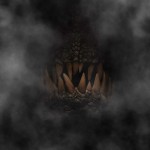 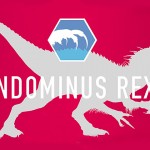 Here’s how the site describes him,

We set out to make Indominus the most fearsome dinosaur ever to be displayed at Jurassic World. The genetic engineers at our Hammond Creation Lab have more than delivered.

At first glance, Indominus most closely resembles a T. Rex. But its distinctive head ornamentation and ultra-tough bony osteoderms can be traced from Theropods known as Abeliosaurs. Indominus’ horns have been placed above the eye orbit through genetic material hybridized from Carnotaurus, Majungasaurus, Rugops and Giganotosaurus. Fearsome indeed.

Indominus’ roar is estimated to reach 140-160db—the same as a 747 taking off and landing. And it can reach speeds of 30 mph…while confined to its enclosure. Come experience Indominus Rex for yourself beginning this summer. If you dare.

I can’t be sure if Chris Pratt and a score of raptors will be enough to defeat such a dinosaur. But who knows, maybe we will see him ride a tamed T-Rex to fight the Indominus. How exciting would that be?