Marvel’s Daredevil hit the streaming channel Netflix at the weekend. Like House of Cards, this is a block release: all thirteen episodes ready to watch. Today’s busy person cannot schedule television breaks to watch something in serial format. Exhausted come the weekend; they sit down and absorb a whole series in one precious sitting. Daredevil plays to that market.

But nobody would endure a thirteen episode run of anything in one weekend sitting unless the content is decent. I took the challenge and watched the whole Daredevil series over three days. I was glued /hooked/enthralled etc. This is good television. Potently poignant, it’s possessed with a refreshing legal and philosophical literacy.

Plot logic and character arcs unfold with organic reality and surprisingly little ‘filler’. When an episode does shift occasionally towards character backstory, it does so with gusto, reminding us why we are invested in these people (the ongoing story of hero vs villain in a battle for a city).

Our hero: the eponymous Daredevil. When a childhood accident blinds him yet leaves him heightened, superhuman senses elsewhere, Matt Murdock is well equipped for super-heroics. On growing up, he becomes an Attorney, operating in Hells’ Kitchen and defending those who would otherwise not access a truly fair hearing. When he cannot get justice IN the Courts, he takes to the streets by night; operating as a masked vigilante (hence the name, Daredevil).

Murdock /Daredevil are played with equal aplomb by Charlie Cox. Cox is a true star and a great actor. This is a studied performance. He captures the genuine struggles of the sight impaired (a cause dear to my heart as a campaigner for the RNIB) without resorting to any inane facial tick or simpering. He exudes a charismatic determination and emotional strength.

As Daredevil, Cox is every inch the convincing action man: ripped but not ludicrously so; balletic yet not comedic; an imposing presence that can inspire fear without resorting to simple thuggery. He’s also unselfish in his performance, riffing well with the warm, charming and funny Foggy (Elden Henson) and allowing other character arcs to shine independently (Vondie Curtis-Hall as Ben Urich: a most compelling contribution).

A hero is as good as his villain. In Wilson Fisk /Kingpin, Vincent D’Onofrio has constructed a character study of real beauty. He deserves to win awards. Every poise; every glance; every word uttered has real meaning, in the hands of this frankly outstanding actor.

Fisk is a character capable of extreme violence; of animal rage and merciless calculation. But he also has heart and arguably, a vision of what he must do (not redeeming but fascinating, nonetheless). His backstory in childhood and the romance that he craves and crafts with a beautiful Art Gallery Consultant (Ayelet Zurer: mesmeric) are genuinely moving. He is a great double-act player, too. Look out for Toby Leonard Moore as Fisk’s oleaginous slick of a sidekick lawyer/fixer/broker.

Show-stealer: Deborah Ann Woll. You’ll adore her. She’s feminine, charming and tough; echoing a young Meryl Streep. Since Daredevil is set in the ‘Marvel Universe’; Deborah’s Karen Page could credibly team with Gwyneth Paltrow’s Pepper Potts and Scarlett Johansson’s Black Widow for a ‘Marvel Girls Night Out’ spin off (boy can dream). Indeed, there is some ‘world building’ here (astute marketing so Daredevil could cameo in Avengers films / other Marvel / Netflix series?). Blink and you’ll miss it but there is even a hint of supernatural sub-plot.

Be warned: this is NOT for kids! It’s unrelentingly dark, grim and provocative. You’ll need a breath of air and a good laugh afterwards. The series does try moments of hope (including slightly rushed montage near the end). But they’re frankly too few. It’s something the show-runners might tweak for series 2.

Be gritty and dark; but note the tapestry of tones available. Daredevil is not an organic character with a single fictional universe. He’s the product of multiple iterations, from Stan Lee to Frank Miller onwards.

DON’T feel bamboozled, dear programme makers to follow the comics’ history to the letter in series 2. Case in point: possible fate of lovely Deborah Ann’s Karen. The ‘fans’ may want ‘fidelity’ to ‘THAT’ storyline (no spoilers!). But there IS a wider audience, worthy of reward like the characters /players themselves. Test viewers, but don’t push too hard.

Daredevil’s darker than your friendly neighbourhood Spider-Man or Thor. But still a comic book hero. It is therefore both possible and vital to inject just a fraction more of that sensibility to even the darkest of places. Why go there at all if not? 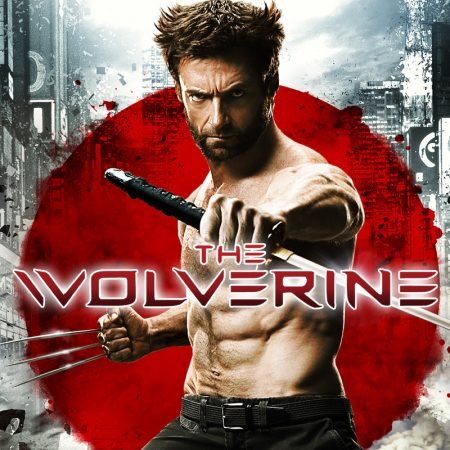