What We Expect To See in the ‘Batman v Superman: Dawn of Justice’ Trailer

The time is upon us! That’s right: the long awaited Batman v Superman: Dawn of Justice first trailer will be with us within the week.

We are sending our man in the field, Kevin Costain to go and see it. Meantime, here are some predictions for what MIGHT be coming your way. Note these are NOT spoilers so much as possibilities, based on the formula for a decent launch trailer and based on previous form for similar franchise favourites.

1. There will be some rousing music.

Hans Zimmer’s Man of Steel score might make a cameo here. Though it’s equally possible that excerpts from other movies will do just as well. There is also a bank of approved ‘trailer tunes’, notably the often favoured beats of Oakenfold and X Ray Dog. Choral song over drum beats etc.

2. The Warner Bros logo will merge into the Batman and Superman logos.

Warners have ALWAYS played with their logo for their super-hero efforts. From Burton’s Batman in 1989 through Nolan’s Dark Knight in 2008 and the ill-fated Green Lantern of 2011; manipulating the image is a definite ‘must’.

Don’t necessarily expect the ‘In a TIME of’ prologue narration. But our money is on strategically placed quotation from Man of Steel as the ‘way in’. Perhaps even Russell Crowe’s Jor-El or Kevin Costner’s Jonathan Kent. Remember, this is as much a continuation of Henry Cavill’s Superman’s story as it is an introduction to Ben Affleck’s new Batman. So the themes will carry over.

Expect quick shots of the post Man of Steel battle devastation, capturing looks of anguish and awe among the civilians; cut to: hints of the rebuilding process, led by new champion, LEX LUTHOR (cue quick glance at the bald, brilliant bad guy, played by Jesse Eisenberg), before a quick cut that hints at his darker side..perhaps overlooking the city from his own skyscraper fortress? 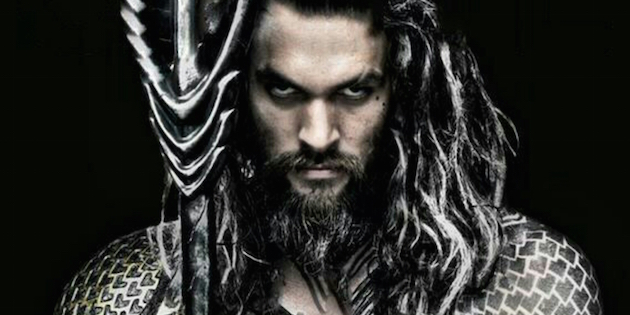 The trailer’s pace will pick up after a slow, brooding introduction. Cue shots of Ben Affleck’s Batman looking gloomy in the Batcave / stalking criminals and Superman alike from the shadows; followed by sudden influx of pace with a fast moving Batmobile; a flying Superman and a civilian Bruce Wayne /Clark Kent in their ‘day jobs’ (probably smiling / happier than their super-heroic alter egos).

And then..a hint..just a HINT, mind of: some of the Justice League players (Aquaman? Wonder Woman?) and THAT epic confrontation as Batman prepares to confront Superman in action..they face-off.

Cue fade to logos again; release date /’A Zack Snyder Film’ and one final line of dialogue. My money is on Lois Lane, making introductions at a party. ‘Clark Kent..I’d like you to meet..Bruce Wayne’. ‘I think we’ve already met’…(fade to black /release date)

I could be wrong in my predictions. I could be right. I could be both right AND wrong. We’ll just have to wait and see. But one this certain: this trailer IS an epic event in cinematic history. Expect something ‘super’.