RIDDLE ME THIS..RIDDLE ME THAT..WHAT HAPPENS TO FILM HISTORY WHEN YOU CAST A DIFFERENT BAT? Don’t be a Two-Faced Joker at heart; you KNOW you are curious.

As with any franchise, there were arid periods in Batman’s cinematic life. Even when things were vibrant and valid, potential twists and turns could have changed the course of movie history. Let’s take a look at those secret parallel universes from the Bat-cave’s secret archives.. 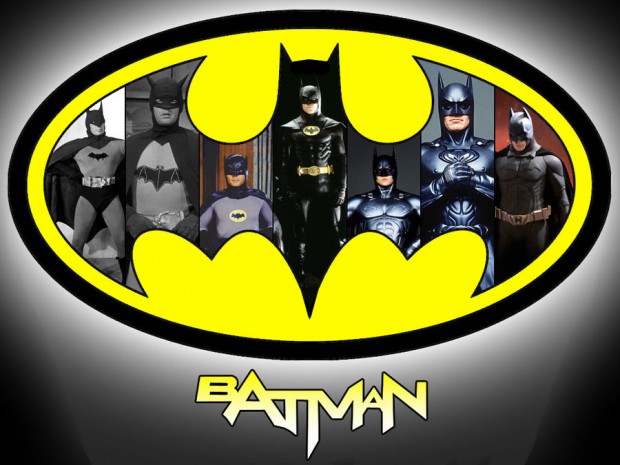 In 2003’s lovingly elaborate hoax, Mark Millar convinced the Internet that Orson Welles once made plans for a Batman film. I was fooled, given the casting suggestions attached (Basil Rathbone’s Joker; Jimmy Cagney’s Riddler; Marlene Dietrich’s Catwoman) and the fact that Welles’ genius career is defined sometimes by projects that remained unrealised.

1989 WAS Batman’s year. The film conquered the Box Office and reinvented movie marketing. Executive Producer Michael E Uslan was the driving force behind the initiative; passionately believing and arguing for the pulpy vision with which Bob Kane had launched the original comic in 1939.

Uslan’s main obstacle was a perception that Batman = ‘camp’, from the 1960s television series / film, starring Adam West. That version nonetheless attracted big name guests as villains and brought Batman mythology to public attention. The film would have to harness that nostalgic awareness and name recognition, whilst investing it with daring darkness.

Tom Mankiewicz (James Bond and Superman) wrote a screenplay, ready for 1983. Ghostbusters Director Ivan Reitman was set to direct; with Eddie Murphy, Michael J. Fox and Kiefer Sutherland possible Robins; Peter O’Toole the Penguin and Bill Murray as Batman (really he’d have made a better Joker). It was not to be. Viewers waited until 1989 for Batman on film.

Michael Keaton was a definitive Batman from 1989-‘92: brooding soul and deadly determination. Imagine Charlie Sheen, Pierce Brosnan, Tom Cruise. All fine, but Keaton owned it. Director Tim Burton pointed out: you had to BELIEVE that this was a man who was both capable of embarking on a crusade against crime and competent in action yet nonetheless would NEED something like a dramatic Bat-suit to survive his battles.

Some square jawed rent-a hunk blank would not have worked. Keaton is handsome enough, but the ladies in the films seem to be drawn to his intense complexity as a character and his conflicting styles as Wayne /Batman rather than simply chasing some dreamboat matinee idol. I also think it’s among Keaton’s best work. That’s right: his best. He has to fight to repress his inner Beetlejuice here, oozing calm self control yet pressure cooker power. The one shot of him brooding in a chair, awaiting a Bat-signal to bring him to life at the start of Batman Returns is a visual echo of Al Pacino’s Michael Corleone at the end of Godfather 2. Controversially, I’d go even further and say that one shot both sums up the character of Bruce Wayne/Batman better than many other iterations AND is both more entertaining and substantial than Keaton’s turn in the overrated, Oscar storming Birdman.

But nobody is irreplaceable! The balletic, stylised movements of Val Kilmer made for convincing action heroics and billionaire playboy poise in 1995’s Batman Forever. Tom Hanks, Daniel Day Lewis and Ralph Fiennes were considered. Kilmer was a great choice for the time.

Kilmer echoes some of Keaton’s awkward social comedy, though rapidly abandons it. The brooding is quiet and contemplative, then also cast aside in favour of exposing the physical scars of a wounded vigilante. Kilmer’s Batman actually gets patched up, sweats and still looks cool as the town’s most debonair businessman the morning after. THAT shot of him exiting Wayne Enterprises for the Batcave = coolness personified, circa summer 1995.

George Clooney took a light hearted approach for 1997’s much maligned Batman and Robin, pipping David Duchovny to the post.  But witness the scene where George’s Bruce Wayne warns Chris O’Donnell’s Robin: ‘Don’t push me right now’. For one moment, Clooney ‘got’ Batman, as did Director, Joel Schumacher. Neither returned to the franchise.

Clooney did pitch a low budget, jokey short film with Batman waking from a coma, discovering all the Doctors, Nurses and Orderlies have the faces of the film series’ villains (presumably with cameos from returning actors, Nicholson, Carrey et al). In some senses it’s a shame that Clooney did NOT make that film and in the Director’s Chair himself. He claimed it was a joke, having ‘ruined the Batman franchise’. In the end, he settled for starring in Oceans Eleven as an ensemble vehicle blockbuster. That spawned a series full of antics with Matt Damon as his main sidekick: Batman and Robin without the neon camp and Bat-credit card. IE: Fun but well done.

Batman Triumphant was commissioned by Warners for 1999 but never filmed. Mark Protosevich wrote a script featuring Scarecrow as the villain (Jeremy Irons, Howard Stern, Jeff Golblum, Ewan McGregor all considered for the role).

Brad Pitt and Ben Affleck were mooted for a reboot adaptation of Frank Miller’s Year One. It never happened, either as redemptive Schumacher effort more like his Grisham/Lost Boys stuff; or Darren Aronofsksy’s more violent, iconoclastic pitch. Affleck will play Batman in 2016’s Dawn of Justice.

Keanu Reeves expressed interest in a Batman Beyond film, perhaps opposite Clint Eastwood or Mel Gibson as an elder Batman (they’d both been considered for /offered the part of baddie Harvey ‘Two Face’ Dent in previous Batman films).

Christian Bale was the online fans’ favourite for the title role in 2005’s Batman Begins. Cillian Murphy screen-tested; instead ultimately playing a villain called Scarecrow. Bale won the role and reprised it twice.  Jack Nicholson was born to play Joker in 1989’s Batman. But David Bowie and Tim Curry were considered. For 2008’s Dark Knight, Heath Ledger was director Christopher Nolan’s choice for Joker because the actor was ‘fearless’. Ledger won an Oscar, posthumously.

The late, great Robin Williams’ name always came up in speculation. Offered the Joker part in the ’89 Batman to lure a territorial Nicholson into signing a contract; Williams was then considered for Riddler (role went to equally brilliant Jim Carrey). He expressed interest in playing Penguin, too for 1992’s Batman Returns, though it’s hard to imagine anyone other than the equally brilliant Danny DeVito in that role. Williams worked well with Christopher Nolan in 2002’s Insomnia. Sadly they never managed a collaboration on the Dark Knight trilogy. Shame.

Michelle Pfeiffer was a purrrfect Catwoman in 1992’s Batman Returns (a darkly disturbing yet daringly satirical film). Annette Bening was cast originally, before a pregnancy forced her departure and Pfeiffer stepped in. Lena Olin, Madonna and Cher were also considered.

Anne Hathaway is a splendid Selina Kyle 2012’s Dark Knight Rises, though Gemma Arterton tested for the part of the adventuress jewel thief, who may or may not end up joining Christian Bale’s Bruce at that ‘café in Florence’ that Michael Caine’s Alfred Pennyworth keeps describing in the film.

There are some genuinely exciting missed opportunities here. But the efforts of all artists and craftsmen associated with the series are an endlessly fascinating area of study. And Batman is now a firm staple of the Cinematic landscape.