You will have heard the news by now. Sir Christopher Lee has died. He was 93. Whilst that is a very good age and the man lived a great life, it’s still a sad loss and difficult to believe he has gone. This is the death of an era in many senses. A symbol of excellence; a model of versatility, bravery and brilliance, Lee had pervasive competence and a classic, civilised, chiselled confidence. They simply don’t make stars like this anymore.

A Polyglot, trained opera singer and member of several stunt man unions, Lee brought a majestic menace to a number of classic screen villain roles. He was perhaps most famous for his turns as Dracula for Hammer Horror Films. He also played Frankenstein’s Creature, Fu Manchu, Count Rochefort and Sherlock Holmes. The greater the literary legacy of a character: the more perfect a fit for Christopher Lee.

His own charisma and presence helped create new and distinctive characters, too. Lord Summerisle in The Wicker Man is one of Lee’s great performances; psychological horror meets knowingly hammy theatricals in a haunting and striking fusion of ideas and methods.
Lee also ‘got’ pop culture and had an encyclopedic knowledge of literature and film history. He understood that good storytelling is timeless and transcends generations. He was therefore a great asset to both Star Wars and Lord of the Rings series. His physical engagement in the productions and evangelical enthusiasm for their promotion were an invaluable asset. Lee had met JJR Tolkien and frequently re-read the Middle Earth books; he also saw a subtle subtext in his Star Wars character’s name (‘Dooku is not a word; but DOKU is the Japanese for POISON!’).

A key to the mystique of Christopher Lee was the mythology of the man himself. We know he served with special-forces during World War 2 and that he saw dangerous, active service. He was also part of a crack team that hunted down Nazi war criminals. But he never gave away any real secrets from his field work, despite multiple queries from journalists down the years. ‘Can you keep a secret? Good: so can I’.
Lee was Uncle to the actress, Harriet Walter (her own insights to the acting craft make for a great read in the book, Other People’s Shoes). The literary /dramatic axis of talent clearly runs in the family. Lee wrote a brilliant autobiography, Lord of Misrule and was a cousin of Ian Fleming, the creator of James Bond.
Fleming was also charged with the recruitment and running of field agents across the globe. Print media was frequently used as a cover, with a number of personnel doubling as foreign and defence correspondents. So it’s not that much of a stretch to think of Christopher Lee in that mould.

He’d certainly have made a good screen 007, given his real life distinction and coolly charismatic presence. Instead, he played one of the greatest Bond villains in 1974’s The Man with the Golden Gun. We are reviewing the film later today as a tribute to the late, great Sir Christopher Lee.

He will be missed by everyone. RIP. 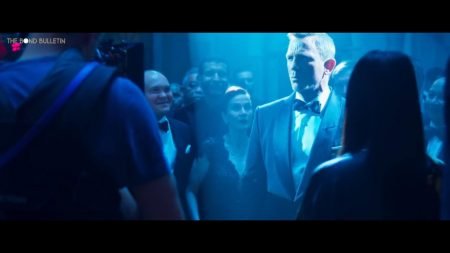