Film is a motivational art-form. Watching movies can awaken, stimulate and even enable one to realise their dreams: unlocking hidden potential in body, mind and soul. The human heart and soul are truly the greatest of ‘special effects’.

With that in mind, I decided to track down and interview one of London’s top motivational speakers and experts in unlocking your true potential. SHIRLEY PALMER inspires people to embrace their dreams, turning aspirations into clearly defined goals and optimal performance, either in existing ventures or uncharted territories.

Having achieved her own successes with a great career in the Private Equity Industry, Shirley recognised that her true strengths and passion lay in helping people and has since enabled others to build their businesses, networks and social capital. See http://www.shirleypalmer.com/ for further details of her programmes.

I had the privilege of having a conversation with Shirley recently. The buzzwords that might describe her on first impressions? She’s beautiful; glamorous; witty, worldly and above all: wise. Shirley fuses glacial calm to a warm and earthy spiritual enlightenment. She has a soothing yet commanding presence, packaged in a hypnotic voice. The aura here is personable, precise and professional; transmitting her holistic and pastoral outlook. As a special bonus, it turns out Shirley’s also blessed with splendid taste in films. Indeed, she’s just attended the Palm Springs International Short Fest.

And so, we ran through some of Shirley’s personal favourites; charting a motivational course through the magic of movies. I put it to Shirley that TWO James Cameron films on her list of top movies perhaps indicates an identification with the man? She does not disagree. Shirley points out that James Cameron is a man who takes chances and does not settle for accepting the status quo in technology and film. The cost, of course, is that whilst Cameron is always successful and innovative, he is not prolific. Shirley reminds me that quality of work is NOT the same as quantity.

Sure, Cameron could make more movies to a lesser standard..- But the whole point of realising your potential and fulfilling dreams is that you don’t simply treat work as a constricting obligation. You can be creative on YOUR terms. That involves risk of course, but does it pay off?

And that’s one of Shirley’s philosophical beliefs: one must take that first step OUT of what appears a safe freedom, in order to TRULY win TOTAL freedom in work and in life. And it does not mean one ceases being challenged or being productive once the dream is fulfilled, either. Productivity, clarity, quality time and family and rest: those values are all equally important.

Of course, we cannot all make Avatar or Titanic. But we can harness similar methods, whereby we work initially within a system but ambitiously enough to look forward and reinvent both our own working methods and those of others. Shifts in progress need not be overnight or dramatic or immediate, though they CAN be just that. They can of course be incremental, too. So long as they are THERE and you make them HAPPEN. YOU can do that.

THE BODYGUARD AND MESSAGE IN A BOTTLE

Two Kevin Costner vehicles; ostensibly quite different but deep down, essentially sharing motifs. Shirley concedes that Costner is easy to watch here. He was THE movie star of the 1990s. Every major leading man part was offered to him first. But like James Cameron in a way, Costner HAD to push himself and prove his great talent against the odds.

He insisted on doing the (then) unthinkable and making a western, which he wanted to direct AND star in. It was called Dances with Wolves. Many sceptics and cynics predicted it would be a flop, even branding it ‘Kevin’s Gate’ (referencing the movie Heaven’s Gate: an over-ambitious epic that scored poorly at the Box Office). But the film won multiple Oscars. Kevin had gambled his comfortable film stardom and that paid off. He took a calculated risk, based on belief and creative talent and passion. Shirley both admires and INSPIRES those qualities in others.

Of course, Kevin didn’t ALWAYS win at the Box Office afterwards. His penchant for VERY long movies did him no favours. ‘Just because a film doesn’t make money doesn’t mean it’s not a success’. Actually Kevin, that’s exactly what it means! I jest. Kevin Costner is a GREAT Director. And Dances with Wolves is one of the movies that made me fall in love with the art-form. Bodyguard and Message in a Bottle show Mr. Costner in movie-star mode and Shirley decoded their thematic connection as we chatted about the movies’ merits. They are from differing genres in one sense (Bodyguard has an action/thriller dimension alongside a love story; Message in a Bottle is more of a traditional romance / meditation on grief and ‘letting go’).

But Shirley identifies a more specific, philosophical thread. The Frank Farmer character in The Bodyguard is defined by title, role and rank. A kind of Samurai devotion. It’s not that he shuns relationships out of any malice or lack of warmth. It’s simply that allowing emotional involvement would preclude what is basically quite a robotic job, requiring total concentration of body and mind.

And in Message in a Bottle, Costner’s Garret Blake has a similar problem. His obsession with building a boat is a visual metaphor for what’s really holding him back: unresolved grief. He dips his toes in the ‘water’ of a relationship with Theresa (Robin Wright) but cannot let go completely.

There was I, thinking both movies were just chick-flicks with a dash of action thrown in! Shirley highlights the morals of the stories. There is nothing wrong with a Samurai style devotion IF that is GENUINELY both your aim and method in life. But one should never contrive such a mind-set at the expense of true happiness or relationships with others. I ask Shirley why there’s such a lack of sequels on her favourite movie list. ‘Look harder at the list’. I do. Oh! Truth is, some of these films DO have sequels. And therein lies a salutary lesson. The Matrix sequels: forget them. Seriously. Aside from some VERY special effects and amazing set-pieces, they lack cohesion and simply dissolve into pretentious pseudo-philosophy in the absence of a plot.

Shirley sticks with the original: ground-breaking special effects meets timeless spiritualism. Pretty Woman: no sequel. But there WAS an all but re-tread with Runaway Bride. I quite like Runaway Bride. Indeed, I prefer it to Pretty Woman. But I appreciate I’m almost alone in that view.

1999’s Thomas Crown Affair was itself a re-make of the 1968 classic. It did very well. So well, in fact, that yes: a sequel was not only mooted but in active development with MGM and Pierce Brosnan’s Irish Dreamtime Productions. It’s yet to be filmed. Meantime, you’ll just have to keep watching the original. Which is kind of the point here. I mean, where can you GO with Thomas Crown?

His arc was arguably complete. Shirley even points out the initial point of interest is the character confessing his difficulties with trust and control, no doubt resolved by the film’s end, or at least mitigated somewhat by his falling in love.

Put simply, sequels to classic, perfect films generally don’t work. You can’t improve on perfection. We do walk out of sequels disappointed, more often than not. And taking a look down the Shirley film favourites list again, I note that the personnel involved either used sequels constructively, knew when to quit or simply did not bother at all.

Jim Cameron is taking his time to ensure Avatar sequels are special and original events, rather than rushing out a product prematurely. Kevin Costner has NEVER made a sequel and his mentor role in Jack Ryan does not count (though a Bodyguard sequel was drafted and there were rumours of a Hong Kong setting and a role for Princess Diana, before her sad death in 1997).

‘Go on James: how many REALLY great sequels can you name?’ I accepted Shirley’s challenge. Godfather 2 and Empire Strikes Back. Reluctantly, I throw in Dark Knight (prefer Batman Begins and Dark Knight Rises, but I hate to lose). Beyond that? Stumped. No more sequels in my head. Maybe Aliens? But that’s a James Cameron movie. Go figure.

Shirley sums it up:

‘Your ambitions must be your own. They cannot be dictated by where you see other people seeing you. The same is true in any creative venture and so it is true of films and yes, the sequels. Making a sequel without cause is like the person who selects a career path because they think it’ll please their parents. In the short term, yes, of course, it might well do so. But if you don’t LOVE what you are doing? If you leave a day of work just glad the work is over? Then you are not truly fulfilled. You must look to your legacy, your one chance to make a difference in what you do’. And with that, our time is up.

Thank you, Ms Palmer.  It was an education. I may have to book a consultation myself now. 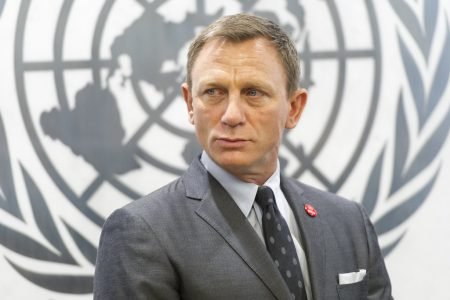