In a saturated sea of podcasts about movies, it’s difficult to find the great listens. But I happened to find OLIVER HARPER’S RETROSPECTIVES on YouTube recently. Oliver conducted an overview of all the major franchises in the past twenty plus years and in some cases, also provides a podcast commentary. It’s a very professional product. And it’s enhanced by the presence of DUNCAN CASEY, whom I had the pleasure of interviewing recently.

Duncan is an actor and although relatively young and new to the trade, he has run up some very impressive credits on the CV. SNOW WHITE AND THE HUNTSMAN, DARK SHADOWS and SKYFALL are among the highlights of his work to date. He also tested for JACK THE GIANT SLAYER and was almost cast as the eponymous lead (ie: this is a name to watch and can only be a matter of time before household name and Duncan Casey are mentioned in the same sentence).

Duncan is polished and calm and softly spoken. He comes from a distinguished family, which he is clearly very proud of (it’s refreshing to hear someone talk of their background with such loving respect). His Grandfather was a distinguished Architect, who built houses for the great and good in the Bahamas, including cinema giants such as Sydney Poitier and 007 Director Terence Young. Duncan’s Father is Phillip Casey (MBE) and his Grandmother is friends with Rachel Weisz’s mother. He has a resilient approach to the acting trade. Accidents will happen on sets. Stunts will go wrong. You will be sworn to secrecy. You will miss out on the big parts. There will be one day on a big budget movie and the next on some soap opera. But if you knuckle down, hang in there and network and remain focused, the job can be and indeed will be rewarding. It’s an important lesson to an entire generation who seem to believe that both fame and success are acquired in two seconds via an X Factor appearance.

This is a discreet interviewee: Duncan is not a name dropper or celebrity anecdote factory. You can of course prize the information nugget soundbites here and there. Charlize Theron is every bit as beautiful in person as she is on screen. Daniel Craig and Sam Mendes are both consummate professionals and well liked on set. The baddies in British soap opera EASTENDERS are much nicer in real life. And so on.

Duncan is far more revelatory in discussing the process and product of film today. Indeed, that’s what makes him such a good podcaster. He brings an awareness of why a film ends up the way it does and tempers the odd send up of an actor /director/trope/meme with an empathetic and well informed idea of what goes wrong and right in any given franchise. With that in mind, we survey a range of film series and simply riff off the related ideas.

With regards to JAMES BOND, Duncan accepts the brilliance of DANIEL CRAIG’s era. But at the same time, he is quick to acknowledge that every James Bond actor brought something new to the table. He can do a flawless Pierce Brosnan impression and defends those who carelessly dismiss the 1995-2002 era of the franchise. Duncan cites the fact that one cannot always sit down and watch something as substantial as SKYFALL or CASINO ROYALE. Sometimes you NEED a fix of TOMORROW NEVER DIES for all its jingoistic, escapist FUN.

Would he ever try the Bond role himself, later in his career? Duncan is reluctant to speculate on the series’ future beyond Daniel Craig. They cannot do the origin story again. So he’d try a straight remake of ON HER MAJESTY’S SECRET SERVICE.

I point out that the forthcoming SPECTRE might touch on similar territory, though predict Lea Seydoux’s character will not suffer the same fate as Theresa /Tracey from the OHMSS novel/film. If she does, I am never watching another Bond movie again!

I suggest Lea’s character (Madeline Swann) will go the way of Gala Brand in the books and simply leave James Bond out of a bathetic commitment elsewhere. Cue Bond sulking at the start of the next movie, as though in mourning for a genuine death. ‘Interesting. Except THIS Bond is a LOT more mature than that’, Duncan points out. Drat. And I THOUGHT it was such a great idea! But that’s Duncan’s skill: he manages to redirect one’s thinking on a given film series and still remain cordial.

Of course, emotional maturity is a hallmark of the Daniel Craig Bonds. It’s WHY we see him have a ‘personal’ edge to each mission. It goes without saying that the missions between the actual movies can be self-contained save the world old school spy capers. Duncan agrees there would be little point in dramatizing such adventures anymore.

Part of the challenge and the charm for any actor, and especially one of Craig’s calibre, is finding that emotional arc: that story to tell, rather than just jumping from set-piece to set-piece via outlandish plots.

It might also explain why Ethan Hunt always goes ‘rogue’ in Tom Cruise’s Mission: Impossible movies. His ‘everyday’ missions are always happening in the fictional universe. The reason something gets dramatized and becomes important TO that character is the very fact of being an outsider, with personal stakes attached.

All well and good. But are film franchises now too dark in general? Duncan does not think so. He points out that the forthcoming BATMAN V SUPERMAN is of course moody in tone. That is NOT the same as ‘dark and gritty realism’, though.

Consider THAT metal suit of armour Batman wears to fight Superman. Oh and just repeat that last part of the phrase: ‘fight SUPERMAN’. However much a colour tone is ‘dark’ or a mood is sombre, these remain big budget, escapist, fantastical FUN. The moment you place a super-hero in your film, (even a slightly more reality rooted product like Christopher Nolan’s DARK KNIGHT) you thereby inject that element of wish fulfilment fantasy.

Of course, one film series that did balance pulpy grit with fantasy fun on an epic scale was INDIANA JONES. I remind Duncan that a reboot is on the cards and that CHRIS PRATT might be taking the fedora away from a now 73 year old HARRISON FORD.

Duncan thinks it’s ok as an idea but also feels Hollywood should try harder and cast the net wider. ‘Find some unknown actor for the part; same way Tom Selleck was supposed to play Indiana, until the MAGNUM PI contract clashed with filming before Harrison stepped in’. Or better still: ‘Come up with something NEW and ORIGINAL. You can evoke the spirit of the series without simply covering old ground. I mean, how long before they remake BACK TO THE FUTURE?’ 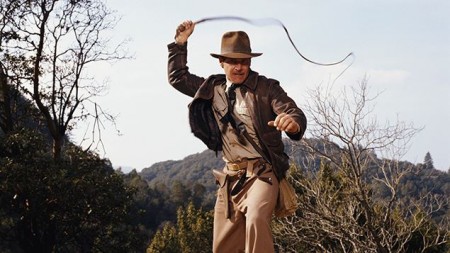 I assure Duncan that BACK TO THE FUTURE is remake proof, c/o Bob Gale and Bob Zemeckis’ vigilance. But a musical number has been attempted at which point he reminds me of the SPIDER-MAN fiasco, whilst tempering that with references to the genuine talents involved in a surprisingly failed production ‘it should have worked’. And that’s Duncan in a nutshell: fast, encyclopaedic knowledge of film, coupled with real passion and tempered by positive and constructive criticism, founded on genuine experience in the profession. It is for that reason that his podcasts with Oliver Harper are so good and ultimately, I suspect, it’s why we were lucky to nab this interview before DUNCAN CASEY gets ‘that’ big role and becomes a household name. 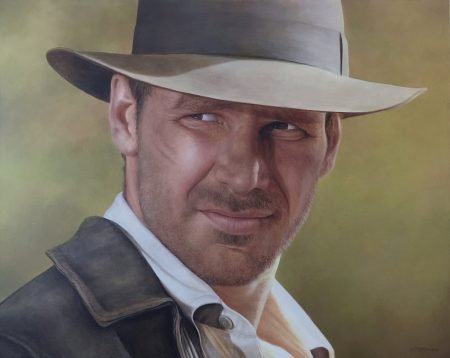