CREED: A REVIEW BY FRANK MENGARELLI

CREED has been out for a week or so in the UK: hence the delay in releasing this review. But it’s more relevant than EVER, as SYLVESTER STALLONE won a GOLDEN GLOBE and will probably have a strong shot an OSCAR, too. Also: RYAN COOGLER has been handed the keys to the kingdom of BLACK PANTHER by MARVEL for the hero’s forthcoming solo movie. So: on all fronts..CREED is worth a watch. Oh and it’s also of interest to fans of ROCKY (SPOILER: Rocky is in this film). CREED excels on every level possible.  It’s a new story that is shored up by one of the most seminal film legacies of all time.  The story is rather simple; the bastard son of Apollo Creed wants to build and champion his father’s legacy. He travels from Los Angeles to Philadelphia to seek out the only man who can train him, Rocky Balboa.  Yes, the film is a template of the first ROCKY film, and it is predictable – yet this is an incredibly inspired film that fulfills the legacy of the sacred ROCKY franchise.

There are two things that make this film as phenomenal as it is.  Firstly, this film is the next collaboration between actor Michael B. Jordan and filmmaker Ryan Coogler who first worked together on the brilliant FRUITVALE STATION.  These two are a perfect team, ranking up among the team of Nicolas Winding Refn and Ryan Gosling and the early work between Martin Scorsese and Harvey Keitel/Robert De Niro. There is a scene in this film, which is to be absolutely marveled at – the second fight featuring Michael B. Jordan is all in one shot.  There aren’t any fancy camera movements to slip in trick edits; it is one showboat of a camera movement.  Coogler brings a fresh look and feel to a franchise that was pretty much closed with Stallone’s final chapter, ROCKY BALBOA.

Regardless of how fantastic this film looks, how good of a performance Jordan gives as Creed, the be-all-end-all to this film is the resurrection of Sylvester Stallone as Rocky Balboa.  Stallone is not only one of the most talented people in Hollywood today, but maybe even ever.  The man has three fantastic franchises under his belt and a probable fourth if CREED gets its own series of films (which I hope happens, it more than deserves).  While Stallone is credited as an actor and producer on the film, he doesn’t get a WGA credit even though he did help polish the script.

In CREED, Stallone gives not only his best performance as Rocky, but one of the very best of his career.  Rocky’s legacy is continued in the best possible way – he becomes Mick from the first film, and it is beautiful.  Stallone reaches a new emotion depth in his seventh turn as one of the most classic and beloved characters in film history.  This time, we see a more vulnerable and human Rocky.  He’s no longer the superman, he’s an old man fighting his biggest and most personal battle yet.

(EDITOR’S NOTE: This is why I am so afraid to watch this movie..not ANOTHER old hero of mine growing vulnerable..Noooo! Continue, Frank..sorry for the interruption)

Michael B. Jordan, Ryan Coogler and Sylvester Stallone are wonderfully complimented by Maryse Alberti’s cinematography, Ritchie Coster’s turn as a skeevy trainer, and Ludwig Göransson’s score.  Possibly my favorite thing about the film is Rocky’s theme GONNA FLY NOW lingers throughout the film, it softly and slowly lurks in the ambient background until it is loudly unleashed while Michael B. Jordan runs down a Philadelphia street in a grey sweat suit.  CREED is a wonderful film on all accounts and is one of the very best of the year. Everybody relax, Frank’s here! After going to film school at Columbia College Chicago, Frank decided to underachieve with his vast knowledge of film into a career in civil service. Frank had a brief stint as a film blogger, and then he met the heterosexual love of his life, Nick Clement. The two instantly bonded over their love from everything to Terence Malick to THE EXPENDABLESfilms. Some of Frank’s favorite filmmakers are Terence Malick, Martin Scorsese, Quentin Tarantino, Sylvester Stallone, Oliver Stone, Abel Ferrara, Lars von Trier, Steve McQueen and Spike Lee. 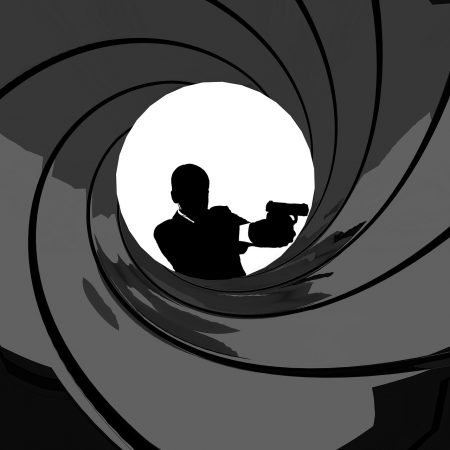