TONY KLINGER TALKS TO JAMES MURPHY ABOUT THE CRAFT AND GRAFT OF WRITING, FUNDING AND MAKING FILMS He’s worked the best in the business: ROGER MOORE! MICHAEL CAINE! LEE MARVIN! JOHN GLEN! So it was a real privilege to speak to TONY KLINGER about his distinguished body of work.

Tony just ‘gets’ movies and understands both the joys and frustrations of the art-form and its processes. We can all learn something from him, as well as enjoying his stories. Prepare for a virtual crash course in the craft of movie-making..and ACTION! There is an awful saying: ‘Jack of all trades, master of none’. Whilst that may very well be true in many cases, there are also some versatile craftspeople that prove the opposite to be true. They can experiment and innovate and collaborate in multiple fields, all with equal success and a determined versatility in discovery and innovation.

TONY KLINGER is one of those brilliant people. Having worked successfully in a range of cinematic disciplines, he is ideally placed to provide some super anecdotes from and insights to the film trade.

Tony was perhaps born and destined for a life in film. His Father was MICHAEL KLINGER: Producer of such 1970s hit movies as GOLD and GET CARTER.

After a vigorous ad hoc learning process on other peoples’ films and his own early productions Tony joined his Dad in some of the ventures, taking on Assistant Producer, Line Producer and eventually equal Producer credits when they also became equal business partners. Early in his career there was no getting away from the need to learn the hard graft of film making on the job. It was a trade, just like any other. And thankfully, Tony was always a hard-working and adventurous character.

He was genuinely eager to learn new skills and embrace every area of the movie business, building his portfolio of skills and experience from the ground up.

It is for that reason that his career has endured and spanned over 40 years; with his innate curiosities about storytelling still propelling him to seek and complete new challenges. His films include the iconic THE KIDS ARE ALRIGHT (with THE WHO), DEEP PURPLE RISES OVER JAPAN, RIDING HIGH, EXTREMES and many more. I ask him about the tougher, physical challenges of filmmaking. Tony is fairly modest and robust about it all. He’s happy to tell the stories, of course. But what might seem to you or I like a big deal physically in terms of endurance, was simply part of a great day’s work to Tony.

“Of course it CAN be tough work, both physically and mentally. As a young guy on locations, things could get very hot and difficult, in areas such as South Africa or Israel. Carrying big cameras and other kit around: that’s hard, physical work! But when you’re young, you’re naturally less aware of the danger!”

One anecdote stands out particularly. He was working on the LEE MARVIN /ROGER MOORE picture, SHOUT AT THE DEVIL (1976) and Tony was in charge of producing the second unit.

A bunch of mainly local guys and doubles for Lee Marvin and some of the other actors were on a huge raft that had to cross the rough surf to the beach. There were also sharks and we had men with elephant guns watching from rocks, just in case. It looked great but was a tough location.

“Can you all swim?” the men on the raft were asked before they went out to sea. Well, they were being paid extra and wanted to get involved. It was only a little later we found out that none of them could swim. And, amidst this large raft, in the middle of the ocean, the men found themselves in real danger. There was insufficient weight to hold down the raft to which some were pulling with their fingers and towards shore, in a panic.

“I saw what was happening and did what I had to do, swim out and drag the guys to shore one by one until there was just one man left and he wouldn’t let go. So I had to force his fingers off the raft and that left me trying to hold down this huge raft and I didn’t weigh more than 160 pounds soaking wet in those days.”

The raft flipped up in the air, cracking Tony’s ribs in the process. “I couldn’t breathe, I was laying on the beach, holding my broken ribs, unable to move. ‘ARE YOU OKAY?’ shouted the second unit Director, JOHN GLEN“.  (John went on to direct a record FIVE JAMES BOND movies). Tony nodded as John got back to the next set up, leaving the young Klinger to seek medical attention.

There are stories about actors, too. LEE MARVIN was every bit as heroic and masculine and cool as one would expect. A prominent figure in stuntman’s unions (a position also held by CHRISTOPHER LEE) and a veteran of WW2, Marvin insisted on getting involved in the action as directly as possible. Now, we think that the whole ‘health and safety’ thing is a new phenomenon. Not so.  The insurance premiums alone prohibited many a leading man down the years from taking an epic risk. Marvin, however, was not one to be told what to do on that count. “I’m used to getting my ass shot by the Japanese” said Marvin.

It’s that old school movie star charm that Tony admires: a worldly authority. I ask him if there is a latter day equivalent to Marvin? There are of course plenty of nice and hard-working actors, even stars. But that kind of GRIT? That CHARM? A ‘star’ yet one of the crew and hands on? It’s rare, but still there.

Tony nominates SIR MICHAEL CAINE. Caine was immensely generous with his time on a recent visit to the crew shooting the documentary Tony is making about his father (MICHAEL KLINGER). Caine went around, asking every crew member questions about their work and happily answering ones about his own. HARRISON FORD is another in that Marvin mould, thinks Tony. Ford just appeared to get on with the work and never whinges, even in the face of extreme obstacles. Ford, as we all know, was injured quite badly during the making of STAR WARS THE FORCE AWAKENS. No hysterics, no self pity..he just went away for a bit, recuperated, then got back to work. A true star and a real professional.

By rights, Tony could have stayed in pure production /direction on film sets. His expertise would certainly be valued in today’s increasingly crowded action-adventure movie market. One slight problem there: Tony has other ambitions and bigger, better plans. He’s a writer. But he’s left it until now to really flex his creative script and story muscles. Why?

“Truth is I ALWAYS wanted to write! Producing was in a sense a consequence of the writing. Even as an eight year old kid, I won contests for writing. I wanted to be a storyteller and it was from there that the film work came in. The only way to work in film..well..was to work in film! This was the 1960s. Just one National Film School. AND you needed a degree but I was only 16! I KEPT writing and making bigger and better documentaries, even combining night jobs with the film-making to both stay afloat and get the necessary storytelling experience, alongside pervasive film crafts”.

Indeed, Tony even turned DOWN a publishing deal, aged 17. It was with Hodder and Stroughton and came to me via my agent. (“Yes I had access to an agent at that age, my late friend, the great Greg Smith!”). And, whilst there might be some pangs of occasional regret about that, he is now enjoying a second wind of interest from both publishers, producers and the theatrical world in his writing. So things have come full circle and he is now able to pitch projects for the movie, television, stage and literary formats. It’s a good problem to have! The novel he is working on is shaping up to be something of an epic but with an intimate edge.

“Friendship and love..how those become hatred and war. There is of course an ultimate action /adventure genre set piece included. Given my background and experience, I just could not resist writing one in!”

Having read some excerpts myself, I think Tony might be onto a pot boiling gripping yarn of a big winner novel!

It is a different matter in film. Funding is notoriously difficult to find, even if you DO ‘know people’. Only one in ten of the potential investors with enough net worth to spare tend to consider an investment in any given project. Those are not great odds.

Thankfully for Tony, he was ahead of the game already on crowd source funding, even developing his own artistic community site: http://www.thebcreativedirectory.com/

And there is ‘BIG COUCH’: A new “crew-funding” opportunity for which Tony is Ambassador. Small amounts of money CAN make a difference. In this case, the Collection Agent is not the Producer but an independent source who will disperse to the crew in proportions agreed prior to the production.

And even without investment happening overnight, artists and craftspeople can network and collaborate, through the medium of these new social networks that Tony is championing so prominently.

He is also blessed with a GREAT pitch for the film he is developing: JUST A BOY. In addition to the documentary feature about his Dad (‘it’s about ¾ done’), Tony is writing the screenplay to produce the ultimate feel good biopic. Think EDUCATING RITA meets DARK KNIGHT RISES.

JUST A BOY is based on the life story of RICHARD MCCANN and his book of this story already sold half a million copies. Richard is the son of Williamina McCann,  first victim of the evil Yorkshire Ripper serial killer. Richard’s upbringing was a ‘downward spiral’ and he fell into a drug habit.

But somehow, the boy triumphed. ONE single image faced him; a WHITE TOWER, in Leeds. It was LEEDS UNIVERSITY. That single IMAGE inspired Richard to rise above his adversities and personal tragedies. The power of images is an apt motif for movies as the ultimate visual medium.

And McCann himself has gone onto become one of the country’s most successful motivational speakers. That sounds like a palpable hit?  Social grit meets Hollywood gloss; grim reality fused to the most glorious of feel-good dreams.

Tony is currently looking at a range of directors and suspects the gig will go to one with an eye for production design and both American and British sensibilities. THANK YOU, MR. KLINGER. We wish you every success with all your upcoming projects and look forward to covering their progress on MOVIE VIRAL! 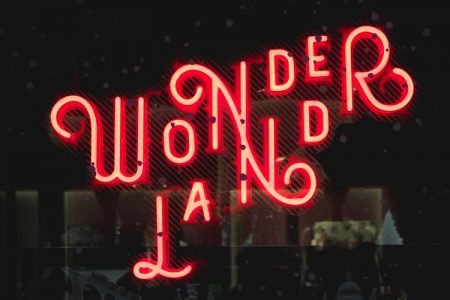 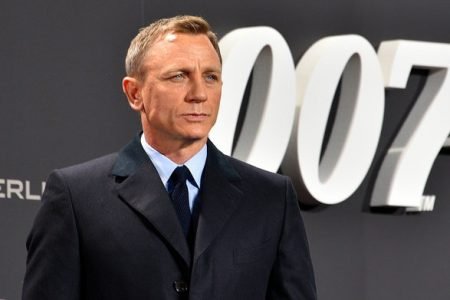 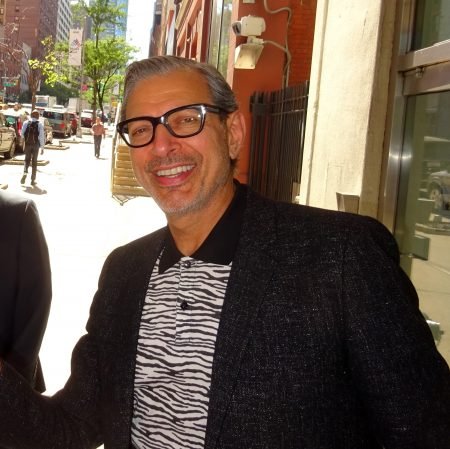