FINALLY IT’S HERE: THE TRAILER WE ALL WANTED AND THE MOMENT WE’D ALL BEEN WAITING FOR!

It is VERY difficult to talk about this AT ALL without spoiling it. And in any event, EVERYONE has an opinion, already! Aw sod it, who am I trying to kid? We KNOW that you have ALL seen it and that no site screening it, (save MARVEL itself?) can truly claim this as their own ‘exclusive’?

So what I will say is:

It is a VERY effective trailer. You DO learn some new facts about the movie (basic premise / stakes / key conflict).

It does NOT make the mistake of giving away TOO much (cough cough BATMAN V SUPERMAN: DAWN OF JUSTICE, trailer 2!).

You know enough via this trailer to contain excitement until the film’s release, but you do not feel too spoiled, either.

ROBERT DOWNEY JUNIOR Looks renewed in his enthusiasm for playing TONY STARK /IRON MAN, here. I sensed his energies waning slightly in AVENGERS: AGE OF ULTRON? But here we get ALL his talents on full blast. Seriously, this could be the most promising he has been since the first IRON MAN film back in 2008.

This IS CHRIS ‘CAPTAIN AMERICA’ EVANS’ movie. Make no mistake, despite ALL the super-hero cameos (and yes there are a LOT of those..including..oh you’ll see / you know already..and it DOES look ‘AMAZING’!) and other character padding (WILLIAM HURT is back as GENERAL ROSS!), Capt Rogers IS the way in, here.

It’s HIS story. HIS world under threat. HIS core values being challenged as they clash with old comrades. And what a likable and charismatic and talented actor to front that character. Evans is an old school leading man and he carries this film as Captain America carries the shield.

Enjoy! (CAPTAIN AMERICA: CIVIL WAR is released in May and will be reviewed on MOVIE VIRAL) 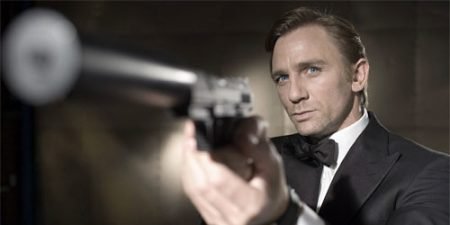