LOOKING BACK AT THE DARK KNIGHT: THE MASTERPIECE THAT CHANGED SUPER-HERO CINEMA FOREVER I must confess that I had mixed feelings about THE DARK KNIGHT. That’s despite the fact that (or maybe because) this was the BATMAN film I had always wanted to see and planned in my imagination from the age of around 12 onwards. I dunno, maybe I was just envious of CHRIS NOLAN? Or perhaps, legitimately, I simply felt that the film was therefore not QUITE as special as everyone had made out? It is of course leagues ahead of BATMAN AND ROBIN, but it’s a different animal, both aesthetically and tonally, from its immediate predecessor, BATMAN BEGINS (2005).

I saw a great deal of visual and thematic nods to a score of superior movies and felt the whole affair was somewhat overblown and over earnest, with some rather nasty violence that frankly should have propelled it to an R rating. But I did enjoy THE DARK KNIGHT and have re-watched it on numerous occasions. And the score from HANS ZIMMER /JAMES NEWTON HOWARD is, as ever, outstanding! It also gave us a definitive ‘viral’ campaign! Truly, a distinguished piece of film. Perhaps I’m just biased/ blinkered / sentimental about its sequel, DARK KNIGHT RISES? Yes.

So: we need an objective second opinion. Someone with a detached yet passionate expertise. We need to flash the signal for NICK CLEMENT! Nick: here.we.GO! At this point, there isn’t much left to be said about The Dark Knight. The film grossed almost a billion dollars worldwide and its critical acclaim vaulted its director, Christopher Nolan, into the upper stratosphere of big-budget filmmakers. It’s a masterwork of comic book moviemaking, taking iconic imagery and filtering it through the prism of a Michael Mann crime epic, and featuring a tour de force performance by Heath Ledger as the most sinful of all superhero antagonists, The Joker.

While I will always prefer the epic nature of The Dark Knight Rises (flaws and all, it’s my favorite in the Nolan series), there’s something so lean and tough-guy-poetic about The Dark Knight; it really does feel like Heat featuring men in masks.

Picking up right where he left off after his excellent franchise re-boot Batman Begins, Nolan essentially made his first effort look like a student film by comparison, and that’s not to knock Begins, because it’s a wonderful piece of entertainment, a movie that re-imagined Batman for a modern, more visceral style of storytelling within this particular genre. And what’s particularly awesome, and where the film is better than The Dark Knight Rises, is that The Dark Knight is both epic and intimate; this is a massive crime saga, taking cues from the aforementioned Heat and Brian De Palma’s The Untouchables, but never forgetting to stay true to the intense character dynamics that have made this universe of costumed freaks so especially memorable.

By placing Batman and all of his cronies and adversaries in a real world setting, no matter how stylized his Gotham City is, Nolan was able to fashion a trilogy of films that felt all the more tangible and immediate, something that not one, single Marvel effort has ever done, with the possible exception of Captain America: The Winter Soldier.

Batman, again played with gritty determination by Christian Bale, who brought stoic seriousness to his dual performance as Bruce Wayne/Batman, is caught between his own sense of vigilante justice, crossed with deeper psychological issues.

In The Dark Knight, the Nolans and David S. Goyer, stacked the deck with his arch nemesis, the Joker, played with such menacing glee by Ledger that you have to just assume that the preparation and performance might have affected his psyche. His posthumous Oscar trophy was indeed fully warranted, and not some nonsense done for sentimentality or good-faced-publicity as some dunderheads have suggested in the past.

The plot is multi-layered, convoluted yet not impenetrable, and steeped in crime movie mythology that speaks both to classic film noir and the graphic novel roots that Nolan favored.

The Joker is out to bring down Batman, while also trying to put a stranglehold on Gotham’s City’s overall criminal element. From the steely, Mann-esque precision of the film’s opening bank robbery sequence; you get the sense that Ledger’s Joker isn’t a playful clown, but rather, a certifiable psychopath. The way he licks his scarred lips and the way his sinister cackle fills a room with eerie rage are just two of the ways that Ledger left an indelible mark on this classic comic book icon; I wonder if any other actor will be up to the challenge in future installments.

Harvey Dent, an excellent Aaron Eckhart, is trying to clean the streets up from city hall, and Jim Gordon, played with low-key integrity by Gary Oldman, is working his way up the police chain of command.

Various gangsters figure into the plot and there is a morally complex chain of events that figures into the film’s gripping climax. But the real show is the duel between Batman and the Joker, and it’s here, with two of the comic-world’s most beloved characters, that The Dark Knight really excels.

Nolan, re-teaming with his phenomenal cinematographer Wally Pfister, bathed the film in shadows and blacks; this is a dark movie, both in theme and in appearance, but in the end, serving a stylistic and narrative purpose. The tragic nature of Harvey Dent is highlighted in a powerful character arc that exposes the many faces (literal and metaphorical) to the character; Eckhart’s performance was one of his absolute best.

And then there’s the film’s major action scene, occurring at the half-way mark, which is a towering triumph of choreography, seamless CGI integration, and old-fashioned movie magic. By the end of this haunting and beautifully crafted piece of explosive entertainment, the viewer can’t help but breathe a sigh of relief.

The Dark Knight was one of the first superhero films to never feel like a traditional superhero film, and the topical, real-world grounding that Nolan infused into his trilogy has been felt on other, future projects from a variety of other filmmakers.

And yet, at the end of 2008, the old farts in the Academy felt like dissing one of the most successful films of all time, which was truly a shame, because the film stands as a genre center-piece, and a reminder that art within this particular canvas is still attainable even when toys and lunchboxes are being considered; rarely does big-budget, summertime film-making become this successful at fusing all of the creative elements together. 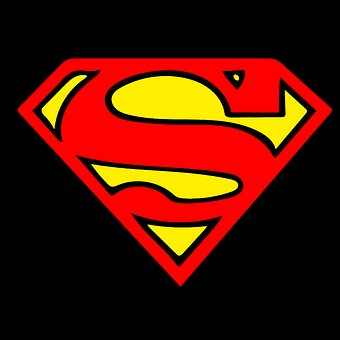