The wait is over. DOCTOR STRANGE is here! Now, to comic book fans, that name will instantly ring bells. To the layperson? Less so, frankly. Strange is the sorcerer supreme. Can manipulate dimensional portals. Battles everything from inter-dimensional beings through to old school demon types. Magic. Supernatural. That sort of thing: he discovers the art when his career as a top surgeon is cut short after a car accident.

Still not familiar? Ok. It is fair to say that this Dr is one of the more obscure super-heroes in the MARVEL directory. But hey: the very same COULD have been said of IRON MAN, before his triumphant launch back in 2008.

Almost a decade later, and the Marvel Cinematic Universe goes from strength to strength: seemingly untouchable in its ability to launch the franchises others would shy away from, alongside the more solid choices. So, for every sure thing CAPTAIN AMERICA:CIVIL WAR, there was (and is) a GUARDIANS OF THE GALAXY.

And DOCTOR STRANGE, it would seem, falls between those two stools. On the one hand, an ‘out there’ and daring departure of a choice. On the other, the formula being applied is so certain and fool proof that it simply cannot fail. What do I MEAN by that?

Well, whilst this trailer does leave one curious and frankly yes – wanting to SEE this movie – its lineage, derivations, movie DNA etc..all quite clear and obvious and instantly so. And no..it’s NOT just me and nothing to do with the fact that I remain puzzled by the rise of Cumberbatch to bona-fide movie star /matinee idol / sex symbol status (he’s a lovely human being; works hard; very talented..but..etc). BENEDICT CUMBERBATCH. Bless him. Fact is, he was always a consummate actor. He was in demand. Solid, consistent and inspired character work. He played Stephen Hawking in a brilliant television film, years before EDDIE REDMAYNE won his Oscar in THEORY OF EVERYTHING. But I would never have thought Cumberbatch a movie ‘star’. The very idea that women would weep and faint in his general direction and that he would be the biggest selling Hamlet ever? Noooo, surely?

But then it happened. SHERLOCK. Like anything , there was a BIT of luck involved. Right place. Right time. Summer 2010 and then early 2012. No competition to speak of. The modern revisit of Arthur Conan Doyle’s detective hero owned the schedules and thereby captured imaginations. Was it terribly original? No. Frequently convoluted and pleased with itself? Absolutely. But it was undeniably a GREAT success. With bells attached.

Marketing MAGIC. You were CONVINCED that this was the one and only iteration of the character (ROBERT DOWNEY JUNIOR’s take was better in my opinion but there you have it). And, coupled with a clever association to DOCTOR WHO (also run by STEVEN MOFFAT), Cumberbatch was BOTH the man that many thought could /should have been a Timelord AND the one that instead got one better and became King of Baker Street, television and thereby..Cinema. SHERLOCK made Cumberbatch a STAR. A Pin-up on every second Goth Girl squee fan art fan account. The poster boy for selling British literature abroad, second only to JAMES BOND and HARRRRRYYY POTTTTTER. And he was headed for big things, dipping into blockbuster cinema initially as the baddie in STAR TREK: INTO DARKNESS.

It was only a matter of time before Hollywood sought out an action hero / super-hero franchise that could be tailored to Mr Cumberbatch’s talents. The obvious way, of course, is to simply transfer a particular small screen role to a big screen counterpart. ROGER MOORE graduated from THE SAINT to JAMES BOND. GEORGE CLOONEY was discovered and defined, initially through his success as Dr Ross in ER (and his roles in say THE PEACEMAKER were very much in that same bracket).

And so it is, with Cumberbatch: transferring his other-worldly intellectual adventurer template from SHERLOCK to DOCTOR STRANGE. Yes, he will try and craft a new character, because he works hard. Yes, he even does an (ok but not stellar) American accent.

But it is lazy, obvious casting. Sherlock with magic rather than logic. JOACQUIN PHOENIX was apparently in the running for the Strange part, too: a less obvious and yet still inspired choice. Cumberbatch by contrast SEEMS like inspired casting but is in fact THE safest, most obvious and thereby arguably least surprising choice. Zero risk. The hard work has been done in laying foundations via the established SHERLOCK fan base? Even JOSEPH CAMPBELL himself would be getting tired of this shit now, surely? EVERY STORY about a HERO MUST have the SAME beats. ESPECIALLY if it is an ORIGIN STORY! DOCTOR STRANGE carries on that now saturated tradition.

Hero does not know he is a hero but is somehow destined to become some sort of..hero: check. Hero has some sort of life altering trauma that awakens a secret vocation to unlock a secret, special inner world that only a secret, special hero can unlock but a select few others inhabit already: check.

Hero travels some place new, preferably eastwards (seriously we must owe the east back for all this imported wisdom? perhaps that is why China is buying the UK?!): naturally! Hero grows special traveler’s beard and looks disheveled for no reason and  meets mentor that confirms said hero must learn new skill base to realize their hidden destiny: BINGO!

Hero masters skills and overcomes weaknesses, only to confront a bigger, badder menace that harnesses similar skill base but for eeeevilll: but of course! To save day, hero probably cleans up a bit: shaves beard and dons 007 wannabe Tux plus other new costume: no problem!  And if you are that hero, the place you must save is naturally a place called..AMERICA..or some CITY in..AMERICA..and the climax to the film will make place in..well..it aint Bognor Regis..it’s..yep..AMERICA!

Hero wins the day at great cost but gains new allies, new adoring love interest (thereby setting back cause of feminism by a century), more new costumes, new home and his ORIGIN STORY is COMPLETE! Yes. All present and correct.

DOCTOR STRANGE Trailer features: trauma! travel to the east! bald TILDA SWINTON (even bald she is hot and hopefully she teaches lil Dr Strange same way she taught lil Leeeeooo in THE BEACH and Ewan in YOUNG ADAM if you know what I mean?). Cumberbatch grows proper silly travel beard! Then he bends worlds. Then clearly saves New York from MADS MIKKELSEN. Etc. ‘Unlearn what you have learned’ (Yoda, EMPIRE STRIKES BACK). ‘Forget everything you think you know’ (poster for Michael Mann’s ALI). There are just some lines that SOUND new and clever and original and yet..they just aren’t. A running thread in big movies today and their trailers is one tag line that stands out and sums up the mission statement or ethos of the script. It’s fine to do that and once again: NOTHING WRONG with being derivative. Everything is derivative. Nothing is ever solely original and least of all, a blockbuster movie. The market cannot afford that, in any event.

What justifies this trope is a sense of mind bending and genuinely awe inspiring visuals. So the INCEPTION style glimpses of Dr. Strange literally bending geography DO look thrilling. This WILL be fun in 3-D and it also enforces a sense of its own mythology. Who ya gonna call? DOCTOR STR–oh..wait..GHOSTBUSTERS!

Notice that the word ‘magic’ or ‘ghost’ is not really used in the Dr Strange trailer. Indeed, this COULD credibly tie to the idea of alternate dimensions being simply a misunderstood secret science (an idea explored in previous MARVEL movies: ANT-MAN and THOR). GHOSTBUSTERS (itself rebooted this summer) and THE MATRIX (reboot /more sequels /prequels can only be a matter of time, surely?) and STAR WARS do something similar. So Yes, there IS  a mystical world beneath and above us in the DOCTOR STRANGE story, binding us all, with only some unlocking its eternal language. And yet, there is a set of rules and a physics to that universe, rather than falling to old school superstitions. Dr Strange vs Satan can wait for a sequel, obviously?

Honestly: as a visual feast alone I have no doubt that DOCTOR STRANGE will deliver! And it will ‘go places’ (notably a psychedelic realm, narrowly missing the camp or too trippy) that few if other blockbusters in this stable would dare even approach. It’s also great to see a British actor up there with the American super-heroes and we look forward to that awkward moment come AVENGERS: INFINITY WAR when Dr Strange meets Tony Stark and they they have both been SHERLOCK HOLMES! DOCTOR STRANGE is released in NOVEMBER 2016 and be reviewed by MOVIE-VIRAL. We expect a fun and entertaining movie, based on this trailer alone. Just don’t expect anything TOO original. Prepare to Forget all that you Know you Knew Before and you should be just fine! 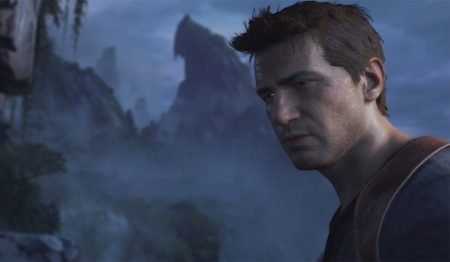