OSCARS! BRAVO! Let’s Tango with Attempts to Predict the Results. It is not an exact science. But there are certain Patterns and Precedents to Ponder as the Academy Awards approach.. The nominations have been announced. And, whilst there can be surprises on occasion, one can generally take the Golden Globes as an indication of where things are headed. Equally, you can factor in social politics; whether a particular actor simply has ‘their time’ to win and so on. So take it into consideration when you are betting on the Oscars. Do so, carefully and responsibly, please!

I will always remember the fact that Kramer Vs Kramer won Best Picture and Meryl Streep best actress for that. Worthy film, great actress but BEST that year? Nope. I also never understood how Apocalypse Now and All that Jazz were overlooked.

Al Pacino won best actor for Scent of a Woman: but he should have been rewarded far sooner, for Godfather 2 (THAT closing shot alone: a tableau of a faustian pact; a man alone and destroyed, having won all yet lost all: genius!).

The same year Pacino won, however great he was, saw Robert Downey Junior lose out for Chaplin: a work of genius that places him forever in the pantheon of all time great thespians. He manages to be at once funnier than the original Chaplin AND a perfect vessel for conveying timeless truths about age, mortality, celebrity and creativity. It’s THAT good. Denzel Washington also was nominated for Malcolm X but would not win until Training Day some years later.

Steven Spielberg of course won every award going for Schindler’s List and righty so! But that was after years of neglect by the Academy. He won Best Director again in 1999 for Saving Private Ryan, though best picture went, rightly, to Shakespeare in Love (which, though by no means as groundbreaking in visual edits or subject matter; is simply the finer film, overall, imho).

Many felt Martin Scorsese was also unfairly left out for years and that Good-Fellas should have beaten Dances with Wolves to best picture in 1991? I disagree: the Best Picture should indeed have a kind of commercial as well as creative merit and some redeeming message if possible: ‘Dances’ has that and some truly epic landscape shots.

Scorsese gave us a masterpiece with The Departed in 2006 and I am glad that’s the film with which he was crowned as an Oscar winner. I also think SILENCE (2016) was a truly ground-breaking work and the idea that the Oscars would reward REVENANT just a year previously yet overlook the, to my mind, superior, Scorsese counterpart outdoor/survival/nature philosophy project, is, yes, unjust.

My point is that each movie and artist nominated is, objectively speaking, contributing something great to the landscape and language of film. But the ultimate accolades, awards and the legacies left by winning / failure to do so? That is always an interesting and subjective matter of debate. Picking a winner is not an exact science, though there is a formula of sorts at play here.

So, in a NON committal way with ZERO liability or duty of care attached..here are my predictions for the Oscars: feel free to check back when the ceremony has happened

This is a non exhaustive list; the technical ones are the truly difficult awards to select and predict. But that is maybe where Black Panther can score highly? It is interesting to see a comic book film get such recognition; perhaps as a nod to its legacy and a concession to the abandoned ‘best popular film’ category that was mooted last year?

Congratulations and Good Luck to ALL nominees! 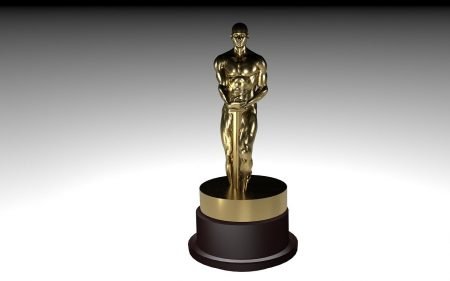