Liam Neeson’s Career has not been ‘TAKEN’. Yet. Why there is still Hope for Hollywood’s Old Mentor Action Man of Choice..

He trained Batman AND Darth Vader! Took on the Nazis and the British Empire! Had a special set of skills! And yet? LIAM NEESON said something VERY stupid. And it might just have ended his career. Or HAS it? LIAM NEESON is in the Media Dock.. They SAY all publicity is good. They lied. Whoever ‘they’ are. They today are a twitter mob. Liam Neeson, usually the hunter in his movies is now the huntED: cast out, potentially, indefinitely. Yes, his new movie, Cold Pursuit is now more talked about than it might have been but for his silly comments at interview. But fact is? ALL his other imminent roles on the table are at risk.

A premiere was cancelled. There was also talk of somehow reducing / eliminating his role in the forthcoming MEN IN BLACK INTERNATIONAL. How? Why? Who could they replace him with? Kevin Spacey unavailable for various reasons. Perhaps Christopher Plummer can be CGI’d in at short notice?

Or maybe the Men in Black producers could think how unoriginal it was casting Neeson as rent a mentor in the first place, given they had a perfectly good team in Will Smith /Tommy Lee Jones, neither of whom return in this new sequel (yet Emma Thompson..does??..bizarre!).

Where does Liam go from here? Well, things may settle, the more people actually READ what he SAID. He was not endorsing race hatred. You may as well go after him for that skit he did about an actor with an improv fixation for Ricky Gervais on Life’s Too Short a few years back.

Neeson has worked with numerous actors of colour and not once has one uttered a bad word about him. His work for charity behind the scenes went unsung too because he did not shout about it too loudly. I think he was filmed on the ‘finger click’ drive against hunger and poverty, too, for Richard Curtis and co? So this is not a closet racist villain.

What went wrong? Well. I hate to say it but it might be the years catching up. Liam is pushing 70 and whilst he can throw a punch with a charismatic competence onscreen, the action hero thing is now a stretch. Especially at his height? He must be contention with creaky joints at the very least. An element of fatigue can set in during press junkets, too: especially when one is otherwise on top form in interview after interview.

He certainly did not look well at recent events on television; tired, weary, gaunt and dressed, ill advisedly, in the undercover celeb uniform of baseball cap /leather jacket, which simply do not suit him now and never would have, frankly. Factor in the imminent tenth anniversary of his beloved wife’s death (Natasha Richardson) and I genuinely believe one can cut the man some slack? We have this image of him as flawless mentor figure /action man.

The weight of expectation is that his every word must come from some portal of calm, measured wisdom and ruggedly earthy philosophy at once. He’s an actor, when all’s said and done. They get paid to recite the words of OTHERS!

Neeson’s sentiments were in the context of a different emotional and cultural idiom of 40 years ago. He clearly framed it with an awareness of how wrong it had been and took the initiative to remedy things before they brimmed into some greater danger / aggression. He was capturing, through rational voice, an irrational mindset, and exorcising it, verbally.

It was a stupid thing to do so literally and the detail about carrying a ‘kosh’ a most chilling image. But this was NOT an admission of let alone incitement TO racial violence or in any way an endorsement of racist thought /action. It was about reckless, primal inanity and anger; its dangers and a need to overcome any such inclination. Framing it as antisocial comment on race relations is to my mind as irresponsible if not more so than Neeson’s actual comments, and potentially, incendiary? Neeson simply does not deserve that; as some defenders have pointed out (notably, John Barnes). And neither do we.

Hopefully this can be retrieved and neutralised. 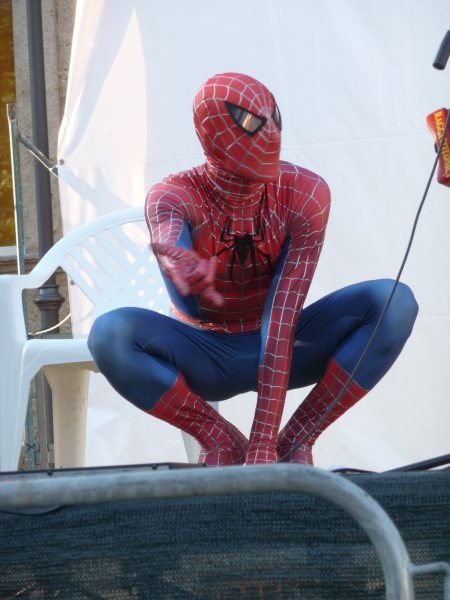