Calm Down! It’s not a case of #MET007! Phoebe is just maybe giving BOND 25 a final lick into shape as a Consultant. Relax.

Phoebe Waller Bridge MIGHT be giving the BOND 25 script a final look. Yes. So What? And your point is?? ‘STOP GETTING BOND WRONG’

So: BOND 25 is still on the way, still in production..there remains an occasional semi-speculative, semi spoiler detail that slips through (beware here so..look away if in fear of such dreadful, potential revelation?).

Has Bond retired at the start of the new movie? Hope not. Last bloody thing we need is yet ANOTHER hero film whereby half of it is filler brooding about whether they are up to the fight.

Have him in Jamaica on holiday/extended leave after he came into some money, maybe (a ‘windfall’, not to say ‘skyfall’ of cash?). He’s photographing birds (the flying kind); surveying sea-beds; collecting shells; holding post colonial throwback B-B-Qs in his white tux; some local Noel Coward type neighbour looking on and entertaining the guests. In a way? It’s an inversion: Bond is now living a BIT like a villain..and he’s being watched..by British intelligence, across a sea..

Suddenly, a knock at the door: a white panama hatted, smiling Blofeld, played by Christoph Waltz. Except he’s not here to kill Bond but to bring him back to MI6. Urgent. Because the girl they got to double Bond while he enjoyed his Jamaican retreat appears to have been compromised on her maiden mission to infiltrate a Russian backed gambling ring where the stakes are the fate of Britain itself..cue opening titles..

BOND BACK IN ACTION! Not: Bond back. INACTION! See what I did there? A thing. A one liner. A clever riff. Brilliant! They really ought to hire me as a script editor. But that vacancy might just have been filled.

So..who IS doing the final onceover on the draft script? It seemed that they had everything locked, via a Scott Z Burns look at the existing effort from Purvis/Wade; possibly incorporating an idea or two from the John Hodge/Danny Boyle iteration? Sounded solid, sensible, great. But One last look, it seems to said script from none other than Phoebe Waller-Bridge. Some Bond ‘fans’ (notice I use inverted commas there) got things out of perspective, had meltdowns, reached for the Vesper Martinis (which, incidentally: few if anyone can actually make correctly; I do know a few places that can do it, though).

NB: THIS IS RUMOUR. AS IN MIGHT NOT BE FACT/TRUTH/WOTEVA. But hey..everyone is sharing it /discussing etc so it MUST be right. Right? Well..

Let’s face some FACTS, rather than being swamped by hysterical supposition..starting with what a script doctor/editor/uncredited re-writer/creative consultant DOES for a film..

Now, as As for my OPINIONS on that? On who should be casting their eye over Bond’s lines? Well…

Beyond looking to today’s writers? I would also simply, as the lovely Barbara Broccoli often says, ‘GO BACK TO FLEMING’ : countless monologues/travelogues/vignettes waiting to be filmed there. Fleming had an erratic sexual politics to his books; but he wrote women, beautifully, on many occasions. Rhoda Masters, Tracey, Vesper,..take your pick!

I just didn’t go ‘wow!’ at what I saw of the lady’s work. And that’s fine. I can just know that both Fleabag and Killing Eve are not for me..but that does NOT mean that Phoebe is not a fit for 007! It’s possible to be open and objective about my subjectivity.

Ms Waller B is doing very well, so clearly, she knows stuff about how to win an audience’s affections even if it’s yet to work its way into mine. The fact that I turned off her shows is an irrelevance, frankly. Even Nicole Kidman’s messenger story was raving about Phoebe being brilliant, today.

And if it’s good enough for Ms Kidman (who would be an awesome Bond love interest / villainess, btw: make it so?!)..well..I’ll work on my Phoebe knowledge. I promise, just for you, Nic! 😉 Ergo.. also..yes, some studio politics sometimes crop up in the selection of behind scenes personnel. D’oh! But that does not make it wrong/bad/opportunistic/end of days..

It is a perfectly logical move to have Phoebe take a look at the Bond script, be it casually or officially? Add a one liner here or there; just lend an outside view before or as they begin to film /announce details.  Subtle integration is both necessary to survival and effective fun in the Bond series’ history. There was a strange symbiosis between GoldenEye and 4 Weddings and a Funeral. Both films heralded a new love for Cool Britannia. There was strategic speculation about Hugh Grant being a possible 007 the weekend of 4 Weddings..‘ release., just a week before Pierce Brosnan was announced. And they had the same costume designer in Lindy Hemming: who went onto to work on the Dark Knight series, whose aesthetic motifs echo in SKYFALL. And so on.

In short: Bond must be both outside time and OF its time, in order to thrive. But it’s the little nods and winks, rather than the major overhauls or pandering to please that truly bring out the best in 007. As for  so called ‘fans’ out there, whining that shock-horror-a WOMAN writing Bond might mean we get a hint of #METOO? Does it bollox. More like: #MET007! And even if it DID get referenced or hinted at? So WHAT? Bond would LAP IT UP! And STILL be charming /sexy /subversive.

MoneyPenny could give Bond a quick rundown on their office interaction policy, over tea, knowing fully well that whilst he might find that awkward, he’d take an anarchic pleasure in its embrace, against the odds of expectation. That’s TRUE masculine rebellion. That’s BOND. They’ve done it before. Notice the Dalton era 007 flirts with fun: bit awkward yet still an escapist, romantic hero in an era that was just waking up to AIDS.

That’s the core appeal of 007: adaptation, survival and entertaining success. If you do not ‘get’ that? Then you have no business calling yourself a ‘Bond fan’.

And they’ll pull it off again, today, in our new era of moral and political reinvention. You can be subversive AND orthodox. Bond gets that..maybe Waller-Bridge does too and hence, her stepping in to lend him a final pre production hand?

No doubt he’d return the favour, gallantly, like a gentleman. And they’d celebrate over a Vesper Martini, a possible cigarette or 20..and a box-set (that’s not a double entendre).

Whoever writes or does not write the finished product? We want more Bond 25 news. Fast!

Add meaningful measure of character development /arc closure with a hint of hanging thematic thread. Plus sharks. Bond in a Commander’s Uniform, even? Time to save the world again, James!

In short: JAMES BOND WILL RETURN.

Whoever is writing /helping with Bond 25..is lucky to do so but let’s give them a chance to just get on with it, all the same. Even if YOU don’t care for their work / the choice..don’t be a frightful bore/boor/cad/troll.  Gallantry is key. Don’t be a wally..be a waller? 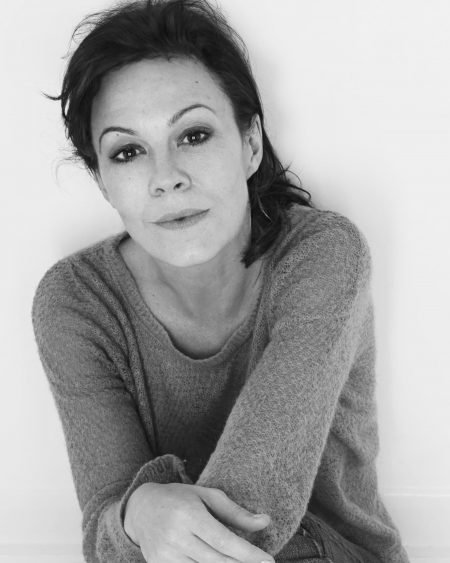