Betting on a Happy Christmas? Check out these Model Movie Gamblers..

Hollywood likes to portray casinos and gambling with all the glamour and glitz, where poker games are always decided by the main character pulling off a huge all-in bluff. While real life poker is decidedly less focused on the “bluff”, it’s still exciting to watch film characters win huge amounts of money on the silver screen..

In this article, we’re going to count off 5 of the most memorable movie gamblers who brought their A-game poker faces to the big screen. If you don’t have a strong poker face of your own, you can check out some of the online games at Casumo.com where you won’t have any disadvantages because of that.

In this exciting thriller, based on the true story of the MIT Blackjack Team, Jim Sturgess plays MIT mathematics major Ben Campbell. Ben’s high test scores catch the attention of Professor Micky Rosa, played by Kevin Spacey. Ben is invited to join the secret MIT Blackjack Team, who use covert signals and card-counting tactics to play high-stakes games at casinos. Ben proves himself to be a card-counting genius, and leads the team through huge winnings and tons of drama.

In a DVD featurette, the writers told how they were surprised when MGM Studios agreed to finance the film, as they believed casinos would be unhelpful in filming a movie about card-counting. However, casinos (including MGM Resorts) saw it as a positive, predicting that people might be encouraged to visit casinos, even if they tried to count cards (which is very difficult to learn and has a high failure rate).

Bunraku is a 2010 martial arts action film, which heavily blends samurai and wild west themes. Visually and cinematographically, it is similar to the Kill Bill series, but is a fun movie in its own right.

One of the main characters, simply known as “The Drifter”, a cowboy-styled western gentleman with a flair for fisticuffs and poker, must advance through high-stakes poker games to have a final showdown with the local crime lord, whom he has a vendetta against. He also finds help from a local samurai warrior, and overall, Bunraku is an awesome, aesthetically-pleasing blend of east meets west cinematography.

King of New York is a 1990 crime drama starring Christopher Walken, and went on to gain a cult reputation, despite low box-office ratings. Walken’s character Frank White is a morally ambiguous crime boss with dreams of becoming the Mayor of New York, though for altruistic reasons, as he uses the money from his criminal enterprise for funding public hospitals and other community projects.

In one of the coolest displays of a gambler’s confidence, Walken casually strolls into the middle of a mafia blackjack game, flanked by several of his foot-soldiers, and coolly asks for cards. With Walken’s trademark sly grin, he reveals his winning ace, and delivers his demands to the mafia: “From now on, nothing goes down without me involved.”

This 1998 drama starring Matt Damon and Edward Norton follows two friends who find themselves embroiled in debt, and play in local underground poker games for income. Matt Damon’s character is a gifted poker player and law student, while Norton’s character is a hustler and cheat.

The film follows them through their series of increasingly high-stakes poker games around town, all leading to a winner-takes-all showdown with local Russian mobster, Teddy KGB (John Malkovich).

What’s a list of top movie gamblers without the world’s most interesting spy, James Bond? Many of the James Bond movies over the years have included casino scenes, but Casino Royale has Bond facing his most formidable card game opponent-slash-villain yet, in Le Chiffre, a mathematical genius and private banker who invests in international terrorism.

Bond infiltrates a high-stakes poker tournament at the Casino Royale, to prevent Le Chiffre from winning the $100 million jackpot. It’s an intense showdown as Bond and Le Chiffre play for more than just money, as it becomes a game of life or death. 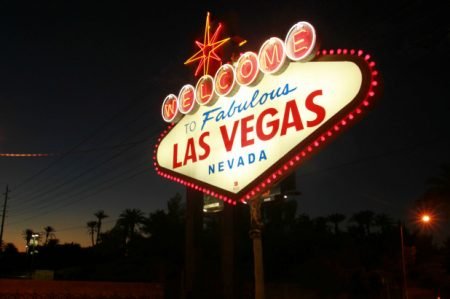