Alan Partridge At the Oast-House. A Return to Form. Yes, that’s oast-house. Not outhouse or oat-house. A building associated with the brewing of beer, Look it up. I did.

But is it really a ‘podcast’ with Partridge? Yes, but also no.

Because this podcast is digested best as an audio-book. In fact, that’s probably the only way to get it. It’s how I did, anyway.

Steve Coogan might have gone down in my estimations of late. His pseudo-socialism whilst furloughing his grounds staff. The awful waste of time and space that is the movie, Greed. His neglecting much missed Paul and Pauline Calf, as well as Saxondale and Tony Ferrino, all AWOL. That godawful phone it in one laugh but nowhere as funny as actual GMB with Piers Morgan thing (This Time with Alan Partridge). His repressed action hero / romantic lead ambition, maybe, is a pervasive factor?

Much like Peter Sellers, Steve might view himself as the man who could have been Bond, only to be stuck playing a comedic character with 007 notions. I could go on. But I won’t. Because Coogan is ultimately a man who brings quality comedy and joy. Primarily, yes, as ALAN PARTRIDGE! A-HA!

So I will ignore the fact that this ‘podcast’ is basically staged comedy that will not be available for free unless you are on that audible trial, presumably? Or pirate it via YouTube (don’t do that; it’s just SAD).

I will also overlook the principle of providing cheaply accessible, morale boosting entertainment in these post lockdown yet still pandemic-y times. And instead, report back on a great piece of spoken word offering.

The only way Coogan could hope to top this is by re-teaming with Armando Iannucci and/or maybe giving us a full version of ‘First Class, Millionairess Bitch’, by Pauline Calf. Or have Partridge meet David Brent? Whoever wins..they lose! Just a thought. Perhaps for Comic Relief one day.

You can listen and enjoy as a casual fan of the podcast format. The whole thing exposes the absurdity of recording one’s views to an audience that might not even exist, without any commission or platform to create content, aside from the one you make.

Yes, there is some great comedy and other content out there on Patreon style platforms. Red Letter Media. Now Playing Podcast. Ben Shapiro. John Campea. Light the Fuse. And so on. But there is also an awful lot of pompous, officious, self important, derivative nonsense around, too. The genius of Partridge here is somehow managing to satirise the futility of the poor podcaster, whilst providing quality comedy and social commentary en route.

The more seasoned Alan fan will be pleased to see the nods to formula. Lynn is still the long suffering assistant. Alan’s obsession with class and status are present and correct. And, as per past patterns, where he starts on a high, the show ends on a reflective low, just as the reverse is true in each previous series featuring the character. He must never win outright, because his views are often unsympathetic. This is a self centred, vain misanthrope.

That said, he’s not so nasty that one ceases to root for him. Either way, a listener can both share Alan’s victories, however minor, and accept that consistent cycles of setback are the way that this comedy creation remains sustained and refreshed, across varying formats.

There is an even element of a thriller at work in the Podcast. Partridge is stalked by an internet troll; one sympathises. And a moment of genuinely moving, poetic beauty (the lost magpie who finds its wings; identical to an episode from my own garden). All rounded off by some in joke references to past Alan adventures. With promise of plenty more to come.

So funny, I literally found myself laughing, in public places, quite awkwardly. In short? A ruddy, ruddy good time! BACK OF THE NET. And VASTLY more entertaining than TENET.

ps: Irony: Alan’s movie pitches featured in the podcast ARE good..as in could be made. Youth hosteling with Chris Eubank was his idea years ago and it’s now on actual television..stranger things have happened.. 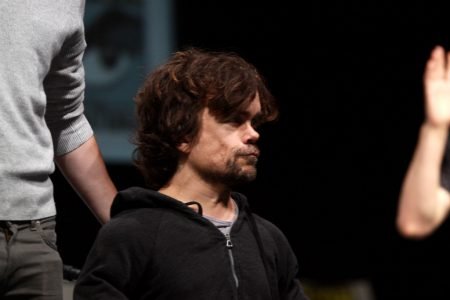