WORDS ARE NOT ENOUGH..

There are actual journalists out there, it seems. Who get actual money. To type second hand, second rate, substandard froth about JAMES BOND. Fine. Except they KEEP presenting old rope myths as some sort of empirical fact. ENOUGH!

Um, no. That honour goes to Bob Holness on radio. And Barry Nelson on screen (tv movie). Also, no: David Niven, Cary Grant and James Mason were never true competitors to Connery. Each had shot down notions of a multi-picture deal, thereby ending possibility of casting any of them.

Total nonsense. The Bond cocktail sometimes is gadget / girl /gun heavy. Sometimes, it’s total simplicity. Sometimes raw and rough and ready; sometimes edgy yet elegant and inviting. The idea that every film has a single formula does a disservice to those who helped build the brand.

Indeed, one of the reasons the series has lasted IS its variety and CHANGE. Yes, sometimes it reverts to one template over another; yet speculating on that is PART of the thrill, as is watching it unfold.

Also, no. Not every girl in the world (either in the movies or in the real life counterpart) falls for 007. And one can watch and enjoy without suddenly striding/swaggering out of the cinema and ordering martinis like a wally.

Yes, Rog’s movies are generally more light-hearted and fantastical. But he was tough and cool as any of the others. He just did not make such a big deal about it. Grace, charm and humour. All there and suited as well to the hard edged spy thriller (For Your Eyes Only) as big romp (Spy who Loved Me).

Equally, Timothy Dalton’s films are indeed more faithful to the spirit and letter of Fleming text and that was the actor’s choice. But the character of Bond in the Dalton era is impossibly complex, sensitive, textured, vulnerable.

In the books? He might take revenge in haste but would not throw out his career so calculatingly or care deeply about drugs flooding markets etc as Dalton does in these films. This is not the proto Daniel Craig as is made out. Totally different animals, just as good.

No. It doesn’t. It CAN be and indeed that would solve many problems; enabling total reboot again and inserting old threats, retro fashion and a whole new lease of style.

But it’s not a case of ‘Bond belongs in the 50s’ or ‘he must be in the Cold War’. 007 rarely fights Russians as the main adversary. Hence Danny Boyle’s planned Bond film being cancelled in 2018? He was adamant that Russian baddies be in the mix.

It’s more that starting in the late 60s/early 70s and progressing to mid 80s makes narrative and political sense, as I have stated before. Don’t rule it out but don’t count Bond out of futurism or modernity, either.

Yes, they were rivals for the role, as are ALL actors who look at a prominent franchise property coming their way. But no, Tim was not second choice to Pierce or vice versa. These two fellas are on friendly terms. They enjoy a Guinness at the Shelbourne /Johnnie Fox’s in Ireland. In matching fisherman’s sweaters. Dalton had been approached years before he was cast. He turned down the advances / auditions, it seems, feeling he was too young. But they kept him in mind, especially when Roger looked to be leaving on a number of occasions.

Pierce then hit the media consciousness via Remington Steele. So he ended up winning the Bond role, after Tim had seemed yet again, unavailable in any event.

On being cast, Pierce’s television contract was ruthlessly renewed because the makers wanted to have James Bond as a TV star. Rightly so, Cubby Broccoli called nonsense on that idea, even offering a limited window to shoot the remaining episodes before Pierce started Bond.

These things happen; it just did not work out. That’s showbiz.

Tim ended up becoming available and the rest is history. He did two moderately successful and brilliant Bonds and was on course for a third. Legal troubles in an MGM deal delayed the EON camp making more films. So Tim’s option needed renewal.

By the time all was resolved, they made him an offer he could refuse (he would have had to sign for a few films, not just a swansong). He jumped ship. Cubby cast Pierce. MGM were relieved, as GoldenEye logically had to be a soft reboot.

But The Living Daylights was not written for Pierce as such any more than GoldenEye is a Dalton picture (it’s really Batman meets Goldfinger via Die Hard with a nod to 4 Weddings..).

Scripts that are drafted before the lead is cast will reflect elements of the Bonds of (then) record, naturally. Their voice is in the writer’s head. But the treatments and dialogue are also plotted middle of the road, purposefully. Hence, the actors do share certain traits, fleshing out Fleming’s sketch.

Indeed, one could make a case for the Dalton/Brosnan interpretations being rather similar? Tim is naturally more comfortable with rougher action where Pierce is more polished and choreographed. But they both fixate on Bond’s psyche and each is at their best when they emote less rather than more.

First of all: the very word ‘rapey’ MUST be eliminated from language. It trivialises sexual assault. Disgusting. At odds with you apologising for the behaviour of a character who is, yes, founded on romantic fantasy.

And even if that word were ok? WHY WOULD YOU CONTINUE TO ENDORSE THE ADVENTURES OF A ‘HERO’ exhibiting the trait? You IDIOTS.

In SKYFALL: Bond and Severine do sex stuff, yes. Ditto, Bond and Lucia in SPECTRE. Because they FANCY him and they all think death is imminent so sex seems a fair idea to pass the time. They know it is at best a short lived punctuation of an affair and at worst a ticket to survival, even if 007 fails to save them. 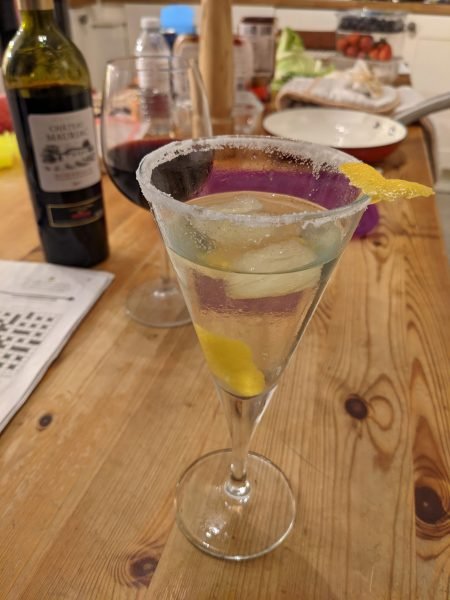 My Favourite Bond Films and Why they are Great

My Favourite Bond Films and Why they are Great