BEHIND THE MUSIC FOR TOM AND JERRY!

Ahead of the return of the world’s favourite cat and mouse duo on HBO MAX in July, we sit down with the maestros behind the music! Keith Baxter, director, songwriter, story artist, and virtuoso guitarist, and Greg Sims, composer, arranger, orchestrator, songwriter, and producer of music for film and television, worked together to deliver an arrangement for this upcoming series.

Keith and Greg created a unique process to develop the music and story together. Unlike typical animation production in which various departments work separately, Keith and Greg work closely to solve the challenge of integrating songs with animation.

Keith’s previous credits include other animated projects like Toonsylvania, Hotel Transylvania 2 and 3, Despicable Me, The Croods, Flushed Away, and The Looney Tunes Show. Greg has previously scored two documentaries 40 Years of Rocky: The Birth of a Classic and Stallone: Frank, That Is, both won Best Documentary awards at Beverly Hills Film Festival 2020.

So..a double feast of Q/A for the musical genius behind the cat and mouse!..Here we go..

1: OK so how does the double act dynamic work? Do you sit and write separately then get together, or work in close collaboration, throughout?

KEITH: Because I’ve been the initial contact on all our song-writing assignments thus far, I’ve been the one to collect all the information about the writing assignments. Once I establish what the client is looking for, Greg and I will convene. It was never planned this way, but thus far I’ve done all the lyric writing, even though Greg is a fine lyricist.

Because I was given 3 1/2 weeks to turn in a finished storyboard and song, we had to take advantage of every efficiency available to us. Greg and I would discuss what kind of song, what genre would help tell the story best. Sometimes Greg would take the lead on writing the music, sometimes I would. After we had a structure we both liked, I would write lyrics, Greg would begin orchestrating and arranging.

At this point I know how many bars we have to work with and the tempo, I have a map of the song. I break the action in the cartoon down to one or two second beats and then begin roughing out storyboards. As soon as Greg has even a bare bones arrangement, I import it into Final Cut and sync up my storyboard panels to the track. From this point forward Greg and I look at the boards and it gives him arranging ideas. We listen to the arrangement and it gives me story ideas. Back and forth, the music and visuals evolve together- then 3 1/3 weeks later, we’re done!

So far, most of our collaborations have been writing songs that Keith is also storyboarding. One exception was creating a theme song for an animated series concept. We did some brainstorming together in the same room for that one, but Keith’s brain runs faster than mine, so sometimes I felt like I was hanging on for dear life! For the Tom and Jerry shorts, Keith would start the process with lyrics, since he was writing the story, then hand them to me along with stylistic suggestions and sometimes a chorus or other section of the song. I took it from there so he could get to work storyboarding. Then it was back and forth together from that point.

2: Is there any rivalry at all? There must be the occasional clash of ideas, maybe?..

So far we’ve had no clashes. We have enormous respect for each other as artists and as people. Every time I get something back from Greg, it’s better than I could’ve imagined. I think

Greg feels the same way about me. We both feel free to make suggestions about the other’s contributions, and so far we’re extremely proud of the results.

Because of our mutual respect for each other’s talent, I don’t see any clashes ever happening. We both seem to have the same idea of what makes a song “better,” so we don’t argue about suggestions or changes. I know he’s a stellar lyricist (especially for this genre), we are both good at melodies and harmonic structure, and he knows I’m good at arranging, orchestration, and scoring. It works better for Keith to take the lead on these musical shorts because of his experience in the genre and the fact that he’s creating the concept and so much of the story before we even start on the song. I think we push each other as well. On the surfing episode, I played him one of the sections with an organ solo I had recorded, and he said, “I think you have a better one in you.” I wasn’t so sure, but I gave it another shot. Turns out he was right, although it took me about 50 more takes to get there!

3: In today’s saturated animation and entertainment market, how and why do you think Tom and Jerry has bounced back as a brand?

I’m not qualified to answer this question. Speaking personally, I was inspired to work on this show because of a great director, Darrell Van Citters; a great producer, Ashley Postlewaite and a great story supervisor, Will Finn. Even though there are a bajillion cartoons being made, there aren’t many high energy, physical humor cartoons being made. Perhaps it’s as simple as a good team of people making something they really believe in?

I’m not sure that it ever left. I don’t know anyone who has never heard of Tom and Jerry. Almost everyone has fond memories of watching the show as a kid in one of its iterations. I posted about my involvement with the show on LinkedIn and got over 170K views, 4,500 reactions and 600 comments!

4: Where does the initial inspiration come from? Do you start with the script /story?

There are a few ways I could answer this question. I go for long walks and ideas come to me. I think it’s because walking sets up a rhythm. Musical and visual ideas float into my consciousness and I start watching and listening to the cartoon happening on the movie screen in my brain. When enough of them congeal, I have the tentpoles of a cartoon. Then I go to work connecting them. For T&J, I was asked to submit 4 or 5 premises. The story supervisor would nix the ones that were similar to concepts that had already been done or were similar to ideas already shot down by WB. The premises deemed acceptable would go to WB and they would decide on a premise to move forward with. Then I would develop the story beats far enough to determine what sort of song could work with the story. We did torch songs, surf songs, country, jazz, classical, whatever the cartoon needed.

The storylines definitely dictated the style of the songs for these shorts. We could have just dialled in pop versions for each, but we decided that it would be more entertaining to let the setting inform the style. For the first short, we wrote a torch song in the style of a jazz standard that could have been written in the ‘40s. The surf song we produced sounds like something the Beach Boys could have recorded in the ‘70s.

5: This has been a tough year for everyone. How have you both coped?

I’ve been social distancing my entire life. Covid meant everyone else had to start behaving like me.

Well, fortunately, animation is Covid-proof — real people don’t ever have to be in the same room together. This opportunity came along last summer which filled in a big hole for me caused by the film production hiatus.

For Keith: you have dealt with making otherwise scary characters more child friendly and funny with the -vania brand. Do you think that’s what kids love about it: the ability to take charge of what might otherwise be nightmare stuff and make it funny and playful?

For Greg: Where do you see the Rocky /Creed franchise going from here, having worked on the retrospective documentaries? Can Sly Stallone pull off one more adventure? The music helps, right back to Bill Conti’s first score, right?

G: I think Conti’s scores for the Rocky films were like John Williams’ scores for the Star Wars legacy. It was a bit intimidating to create music for these Stallone documentaries without being able to draw on Bill’s iconic theme. And Sly seems to be ageless and still strong as an ox, so I don’t see why he couldn’t pull off another Rocky role!

THANKS, BOTH! Looking forward to humming along with Tom and Jerry! 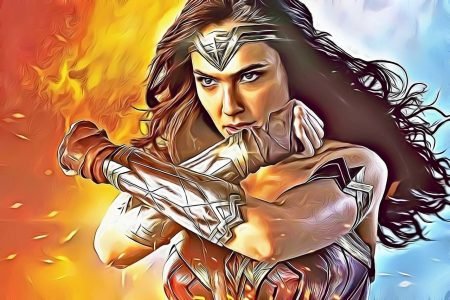