YES! This special Fleming Friday we look at how that is the case..

So, Christmas Eve. Seasonal Bond film? Sorry but there is no such thing. The character is simply not suited to sentiment: something the Craig era got so wrong. Yes, Bond has a community of colleagues and yes they might attend hid wedding, mourn at his potential funeral and join him at the office party. But he is not strictly speaking a social creature, save the occasional round of Golf with Bill Tanner.

And though James is a force for good for all his flaws, his is not a messianic motif. This is a bad lad who happens to save us from actual destructive evil. Utility and patriotism are his unending ethic. But he is not a moral crusader so much as he is a boys’ adventure fantasy personified. That dynamic sometimes reflects bigger themes yet need not dwell there.

And that leads us to Christmas. COULD Bond celebrate it? Course he can! Ski is a natural idea for his holiday activity, travel restrictions permitting. He might of course be on assignment. ON HER MAJESTY’S SECRET SERVICE does indeed feature Christmas atmospherics. But it is not a seasonal movie; nowt festive about world domination and losing one’s wife on the wedding day, wot?

So why do television stations run Bond films during the 12 days? If there is nothing redeeming about them? Well, I did not QUITE say THAT. More that it is indeed a stretch to see Bond as a morality play or platform for learning a Christmas message. The fact is that there are a bunch of Bond movies which are escapist, fun, family friendly and stunning, visually. They are so upbeat by the final reel that one FEELS a sense of infectious optimism and joy. It is of course a subjective thing. But I would humbly suggest and submit the following:

THE SPY WHO LOVED ME: Relentless joy from start to end.

SKYFALL: Yes, there is a bittersweet end via a death (spoiler). But the overall feeling is one of progression, resurrection and HOPE.

MERRY CHRISTMAS, ONE AND ALL. THANK YOU FOR READING! JAMES BOND WILL RETURN. TRANSMISSION ENDS. X 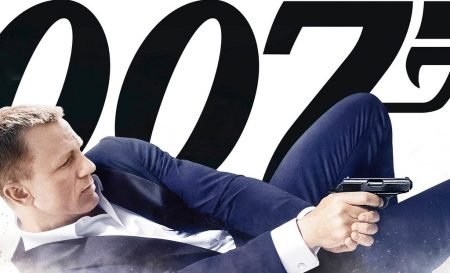