The world and its dog now know how much I adore SKYFALL. For me, it is where the Daniel Craig Bond and perhaps, all 007 lore, ends. That rooftop amid union jacks and endless potential for stories never told, new and old.

Patriotic pride, moderated by a slight vulnerability in the hero, without ever emasculating him entirely. It’s right up there with DARK KNIGHT RISES‘ ‘café in Florence’ coda. 2012. A great year in film, in Britain and America and in life, generally.

But love is love. As in, sentiment: the heart wants what the heart wants. And I love and want..2012, on repeat. That is not the same as an objective appreciation of a movie and a true embrace of its many, valid criticisms. In the case of SKYFALL?

The stakes are remarkably small. There is a soft reboot at work, too and prematurely, thereby throwing out the work done with both CASINO ROYALE and QUANTUM OF SOLACE.

SKYFALL sees Peak Daniel Craig Bond aged, prematurely. They blow a load of character beats on the movie that could and arguably should have been saved for later in his 00 tenure? There is a lot of filler and office politics, an overly London-centric focus, too many Batman nods and a villain plan that makes as little sense as the film’s contrived conclusion.

There. Objective enough for you? SKYFALL, much as I love it (had you guessed, that obvious?) is a bad Bond film. Lack of big picture villain plan. Minimal set piece action. Reduced globe trotting. VERY confused /mixed moral messages about Bond and his place in the world.

And YET..It is a GOOD FILM. Looks beautiful, throughout. Atmospheric. Literate. Philosophically rich. A meditation on mortality and consequence, without ever losing a sense  of HOPE (NO TIME TO DIE; take note, yeah?). And in its way? SKYFALL is an excellent companion to THE QUEEN (pun intended).

So, there you have it. THE QUEEN is basically an unofficial BOND FILM! Ticking clock. Britain’s future at stake. New heroes saving old symbolism, whilst accepting the passage of time with a dash of nostalgia to soften the blow.

HAVE A GREAT WEEKEND, ONE AND ALL. JAMES BOND WILL RETURN. TRANSMISSION ENDS X 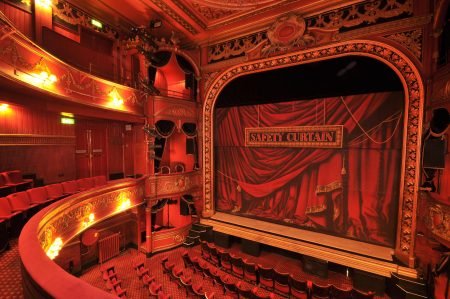