#WTAF: Weird Theories about Film. We know DANIEL CRAIG is straight. No shit. Yet he relishes making his character in KNIVES OUT a proper ‘gay’. MAYBE he did this once before, with JAMES BOND? You just did not notice it until n007w..

NB: James Bond does not exist. Implying a character might be as gay as a picnic basket is not a libellous statement about the actor playing said. All just fun.

Bond starts his mission kills in a TOILET. He was there; cottaging and cruising. A fight broke out. He then managed to make it look like an innocent passer by was an enemy agent and killed him after a failed seduction.

Dryden then says ‘If M was so sure I was BENT..She’d have sent a double-0’. As in, only a gay or bi agent will be sent to seduce and destroy a traitor.

Bond ‘pulls out’ of proper full on sex stuff with Solagne. His excuse is going on a mission. Real reason? He preferred dudes. Goes onto enjoy flirting with LeChiffre, while the baddie in question molests 007’s balls. ‘YOU ARE A FUNNY MAN, MR BOND’ (Trans-lation: you are a big GAY).

Kills agent Mitchell, framing him for being a traitor. They had a gay affair and Bond needed him silenced. ‘I don’t think he smoked’ (007 had been to that flat; for sex).

Bond is very fond of wearing toight white trousers and strutting around South America. LOTS of crotch and bum closeups. He also enjoys opera and specifically goes looking for Mathis; before they sleep together on ‘Virgin’ Airways and do a three-way with the nice Steward, who gets them both drunk.

Camille tries helping 007 to come out ‘your prison is in here’ (IE: In his head; the shame of being gay/bi). They do not do sex stuff, though there is a reluctant kiss, from which Bond recoils, in abject shame.

He then goes onto break up a tryst between Vesper’s lost love / traitor boyf and actual WOMAN. Our hero is venting his jealousy here that the baddie was straight and able to satisfy Vesper better than even mighty 007 ever could. Notice however, that he spares his life. Cos they meet up later. And fuck.

The film is named after a short story by Fleming which deals with a repressed gay civil servant (Masters) who marries an Air Hostess (Rhoda; she wants proper grown up sex with bigger, actual, hetero men).

The film in which M must accept that both of her sons are, in fact, GAY!

Bond is ‘enjoying death’. IE; If dead? He can go gay, incognito and nobody will know. Then turns up, wrecked and smelly at M’s house. She knows that’s because 007 has been roughed up in Clapham after trying to join in the gay fun at night in the bushes/on the common.

He goes full on Village People in his disguise to tail a henchman.

Silva (a Mummy’s boy, like 007), asks Bond if this is his ‘first time’ at bottom fun. It isn’t, as our hero makes clear. Cover story: blindside the baddie. Real reason? They totally did it, albeit off camera.

So they are both relieved when Severine is killed, thereby absolving them from any need to perform with actual WOMAN.

Bond decides to go with women here. Which is why he seems so off his game and unfocused. He is happy in Mexico at the start, because he dodges a close call with full on sex from Estrella (a girl).

Blofeld is obviously gay for Bond and nurtured a grudge from years back when 007 would not reciprocate advances in the showers. Traumatised by that memory, Bond accepts affair with WOMAN (Lea Seydoux), but only after leaving Monica Bellucci (who wanted too much actual hetero-sex; so 007 moves her onto his old boyfriend, Felix).

He goes full on out gay screaming Queen and country in this one. Seriously. VERY camp in places. Even tries to snog Blofeld, thereby killing him, after a bitch fight.

..Bond gets infected with an STD by Safin (Freddie Mercury), after they have sex.  Then dodges full bodily contact with Lea Seydoux by claiming he’s not over Vesper (dude: Ms Lynd died 15 years ago; and you dated for five minutes: move the fuck on!).

Initially angry that his wife to be might be a traitor, Bond is nonetheless relieved. Cos if she’s a baddie, he can put her on a train and go play with boys again.

Notice too: everyone assumes 007 is off grid (dead) which means he can go and be gay in Jamaica. Filmmakers say ‘we go back to Jamaica, as a nod to Fleming’ (paraphrase). Ah yes. But Fleming was besties and neighbours over there with NOEL COWARD (Gay, as in queer, darling: and turned down playing Dr No: ‘no, no no, NO!’).

Bond assures his CIA counterparts that he is not into chicks anymore ‘stopped trusting pretty faces: bad judgement’. He then seeks revenge when ex boyfriend Felix Leiter is killed. Yet runs away, gladly, from any hint of sex with the new (female) 007 or Paloma.

Also sleeps at Q’s house (For Q-DAR, read GAY-DAR). Bond wants the gadget master all to himself so sabotages enemy action from any rival suitors. M is jealous because he has had both of them, too.

Yes! Ralph Fiennes’ M: GAY! Bond calls M ‘Darling’ and they have a full on cat fight over the phone.

M agrees to Bond avenging Felix: ‘I had a lost of erect for Leiter. We had sex on several occasions’.

SPOILER ALERT: Bond dies. Stopping the nanobot (see: ‘bot’ as in ‘bottoms’) from turning all the gays in the world, straight.  He is stood there. WAITING for missiles to pour down.

Or: faked death so he can go off and marry Q.

Or: wanted to die out of shame that he had hidden his gay side for so long. Either way, 007 is saved from dismal life of hetero-servitude with actual WOMAN.

JAMES BOND WILL RETURN. AND THIS TIME: HE’S OUT!

And women would love, adore and seduce James Bond, even marry him, forever, no matter what, due to his cool, charismatic, handsome, witty, charming and highly masculine skill set aura. THERE. THE END! 😉 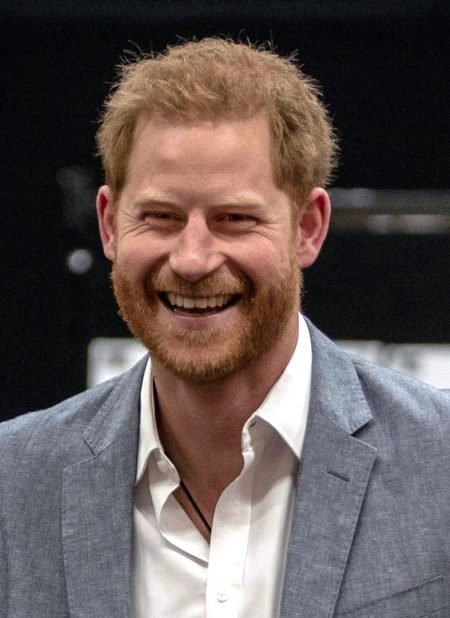