Good news and bad news. Good news: Star Trek viral is back in action. Bad news: It’s in the form of dance parties. A few weeks ago, Trek Movie reported on an event at the Hollywood club LAX. However, it wasn’t just any party. One of the photos show a website written on the wall behind a party-goer: 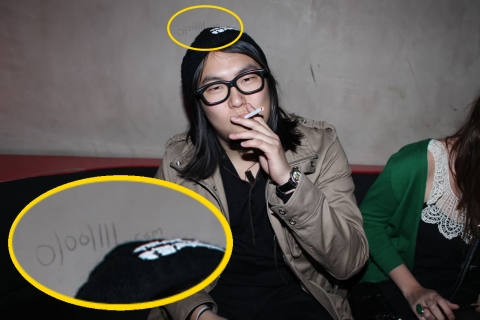 The site, http://01001111.com, is a flash animation of static with quick flashes of images and writing. Check out Trek Movie for all the photos and analysis. There are other foreign sites written on walls at the party with similar, yet longer, binary codes as the address. These sites have similar content, and after much research, this is Trek Movie’s conclusion:

So stay tuned! More viral news after the jump.

Terminator Salvation – More doubt has been cast on the viral site thehumanresistance.com. Mysterious new forum member “jamespero” made this claim:

thehumanresistance.com (THR) is not part of the official WB Salvation viral campaign. Nor is THR affiliated with WB or Fox and T:SCC. Just a coincidence on the timing of the start of the campaign and the discovery of the THR site. THR just came out of preproduction and is moving into production of season one. The launch date for THR is August 29th 6pm EST. We’ll be pushing out teasers and promo videos over the next few months while we film the first season.

We don’t have confirmation that his person is actually affiliated with Enfusion Entertainment, the equally mysterious company behind the site. We’ll have to wait and see. We also got another video and article from our friends at Resistorbeterminated.com.

S. Darko – Staff writer David brought up the idea that this video might be viral for the Donnie Darko sequel due to it’s similarity to the first film, but I have my doubts.

District 9 – Forum member CSpuppydog has information that a District 9 teaser will hit the internet on April 15th or 16th, so keep an eye out for that.

That’s it for this week’s TWIV. As always, our staff can only cover a fraction of the news, so to keep up-to-date, go to our Official Forum. Keep searching for viral, you never know where you’ll catch it.
2012Charlie FrostDistrict 9Donnie DarkoResist or Be TerminatedS. DarkoStar TrekTerminator SalvationThe Human ResistanceThis Week In Viral