Has The Dark Knight’s ARG Set The Bar Too High?

Way back in 2007, the campaign for The Dark Knight launched, making participants run across San Diego to just see the logo of the film and hear some dialogue. This viral did what no recent viral has done (I’m looking at you D-9 Sony): it got people involved. It is common place for most films to have some sort of viral activity, whether it be a full on game or not, but if a studio chooses to do the former, at least try to make it fun.


The Dark Knight is the golden standard of viral. Sure it can be hard, but if can create a campaign that was even half as good as the one for TDK, you did your job and you did it right. But, let’s say you create a site, and dont touch it for half a year (Once again, Sony); there is no way anything but negativity can come from that decision. But, I have to give Sony some credit, they’re trying to get the general audience in on the viral by putting advertisements on billboards and bus stops. However, can we consider this viral a success? Did we get anything from the experience? No. Did we have fun? No. Are you still interested? No. 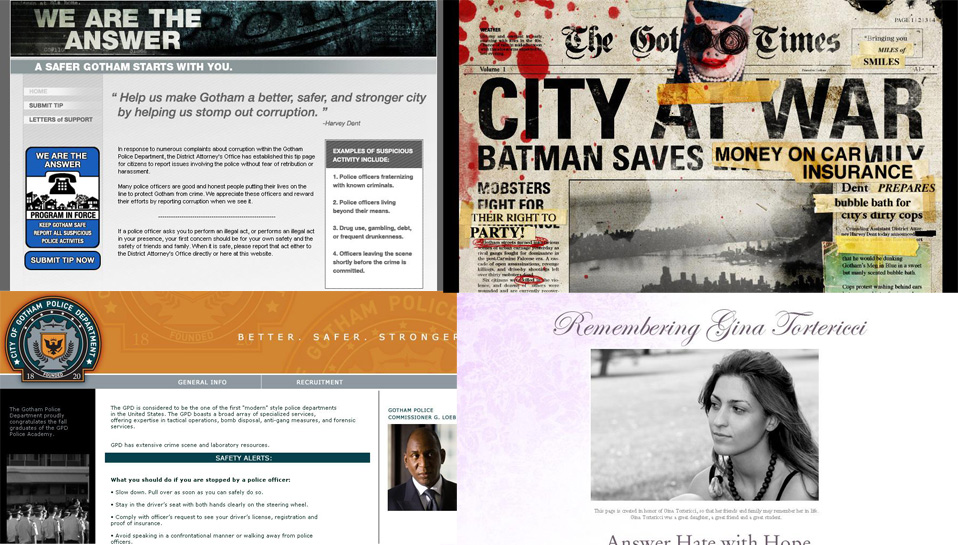 However, not every viral has to be like The Dark Knight’s to be a success; just look at Cloverfield. That campaign told us the origins of the monster and gave us backstory on the main characters. It was a succes. Why? Because it made the film more enjoyable. Which I dont see District 9’s viral doing. One of the most recent virals to be similair to Cloverfield’s viral, is Transformers: Revenge Of The Fallen’s campaign, it is adding backstory to a couple supporting characters in the movie (Leo and Agent Simmons) which will ultimately add to the film. Thus making that campaign a success.

Overall, I believe that The Dark Knight’s ARG has set the bar for some types of viral (The all-out ARG) and has no effect on the small ones trying to add story to the film. Also, I would like to point this out: where the hell is my free swag? I’ve followed at least 4 virals this year and nothing, the only one that actually gave something out was Star Trek’s ARG. So please, can we atleast get that convention back?