Viral Marketing – Why Only Movies?

Viral marketing campaings have been staging an uprising ever since Cloverfield‘s viral. Some virals have been exceptional (The Dark Knight comes to mind), and others have been iffy (Watchmen). But why are movies the only form of entertainment using viral?

In 2007, Nine Inch Nails started a viral campaign for their album ‘Year Zero’. The viral started with lead singer Trent Reznor claiming to Kerrang! magazine that the album was only a part of a lot of new projects he was working on. In February of 2007, fans noticed on the band’s newest tour t-shirts that certain words had highlighted letters that, when worked out, would say ‘I am trying to believe.’ This was later found to be the url of a website for the viral campaign. Several websites were later found in the same IP range, all of which had the recurring theme of a dystopian vision of the year 0000. 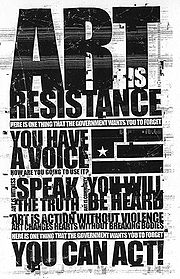 Who was behind this viral? 42 Entertainment. Yes, the same 42 Entertainment that did TDK’s amazing viral campaign. So why is it only movies using viral? Clearly, viral campaigns are not just limited to films. They can be used for video games (Kojima is doing a shady one right now for their latest Metal Gear Solid installment), albums, and a plethora of others. So what’s the reason? Discuss it in the comments.
MusicNINYear Zero