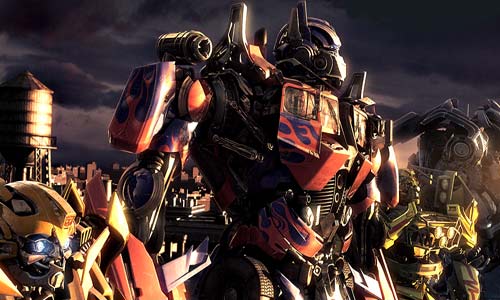 Two of the three main viral sites for Transformers: Revenge of the Fallen have had a couple significant updates in the past few days.

TheRealEffingDeal posted a blog update last week about potential alien sightings over Eau Galle, Wisconsin. Not long after, an eye witness report appeared with some new blurry photos along with it.

Moreso, the site has a new post about what could be Transformer landings. It contains a video of a couple guys in Italy on May 27th witnessing a Transformer walking around the city. Some pretty bad special effects, but it’s just a short viral video, so nothing to complain about. There is also an article with images of a Transformer walking out of the ocean near Australia.

The second site, GiantEffingRobots (run by Agent Simmons), has been updated for the first time since the sites were discovered. The article is about their investigation into the Eau Galle sightings, which ultimately ended with them finding nothing.

So what do the images show and what’s going on? Discuss it in the comments.

Transformers: Revenge of the Fallen opens nationwide on June 24th, 2009.

Thanks to Transformers Live for the information.