The trailer for Tim Burton’s latest freak show film 9 has been attached to pretty much every major film this summer. But don’t think Focus Features, the studio behind the computer-animated film about rag dolls in a dystopian future, is settling for just regular ads.

The film now has both a Facebook page for the scientist who created the dolls, as well as an interactive viral website, dubbed 9experiment.com, that shows the scientist’s laboratory. Both sites give you tons of background into both the scientist (Facebook) and the setting/story in general (9experiment). The laboratory site is relatively new (June 12th), but I was shocked to find that the Facebook page was created in mid-April. I hadn’t heard anything about it. The scientist updates it regularly with his thoughts, relevant videos, and his progess on the B.R.A.I.N. project. 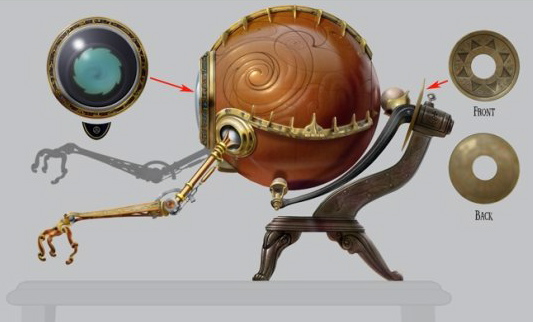 What’s this B.R.A.I.N. project? Glad you asked. It stands for Binary Reactive Artificially Intelligent Neurocircuit. From my quick perusing of the facebook page, along with listening to some of the story on 9experiment.com, B.R.A.I.N. is society’s attempt at creating peaceful, helpful artificial intelligence. Based on the premise of the film, it appears that attempt went horribly wrong. This project is funded by the government, but no nation or recognizable entity is identified, just the title of Chancellor and the term “Nation” are used. This seems to be done on purpose, most likely to avoid having to base anything on reality to give the film more freedom.

The lab site has an intro from Elijah Wood (who voices the title character), along with some videos, images, journal entries, audio describing the events leading up to the film, and other tidbits. Most of these sections are not complete, so you should check back periodically to see/hear more.

What do you think? I wasn’t very interested in the film, but this definitely got me to notice it. Seems like a rich story, though I’m usually on the fence with Tim Burton animated flicks. Thanks to Scott from the forums for the heads up.