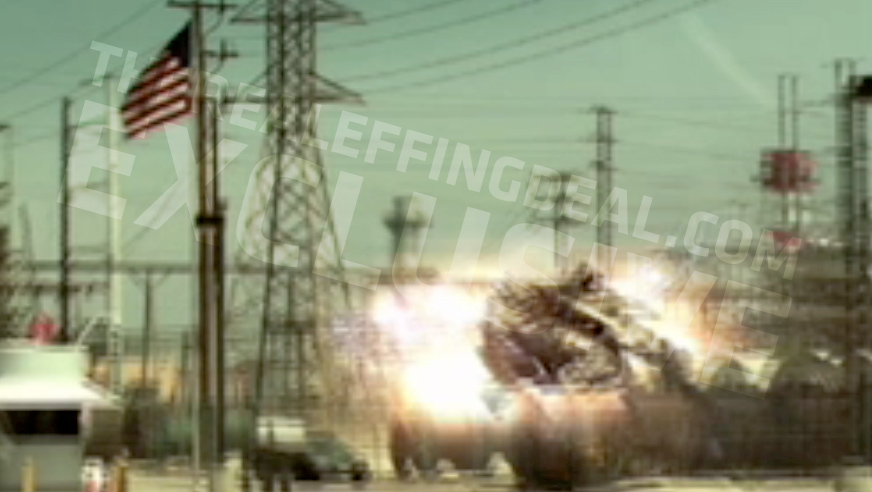 Transformers: Revenge of the Fallen is our latest film to have its viral end. How did the viral do? Was it interesting? Worth following? Did it give us any insight into characters and background details?

The Real Effing Deal
Run by Leo Spitz (played by Ramon Rodriguez in the movie), ‘TRED’ (as it’s become known as) was launched to follow the events that happened in Mission City at the end of the first film, as well as the other ‘transformer sightings’ that have popped up all around the world (example).

Giant Effing Robots
Run by ‘RoboWarrior’ (aka Agent Simmons, played by Jon Turturro), GER is in direct competition with TRED, often stealing their articles and shooting down their claims.

How do they play into the movie?

When Sam first enters his dorm room in college, he is greeted by Leo, who takes him into his ‘control room’ with his two work partners, who are shown watching a video of the Shanghai destruction seen earlier in the movie, and posting it on their site. Leo tells them to ‘FTJ’, which means ‘fly the jets’, seen in some of his articles on the site. Soon after, they announce that RoboWarrior beat them to it.

Later in the film, when Leo, Sam and Mikaela go to find Agent Simmons, Leo directly confronts him as RoboWarrior, to which Simmons responds with ‘I don’t know what you’re talking about.’

Now, it’s been known/assumed since the viral launched that it would never really be a ‘big’ viral campaign. The first movie had but one website to it’s campaign, which was Sector 7’s site. The sequel’s viral is not only effective, it gives background insight into some of the characters (mainly Ramon Rodriguez’s). It is incorporated into the movie so that people who DID follow the campaign will recognize and appreciate the nods, and people who didn’t aren’t missing any necessary background info.

The viral campaign for Transformers: Revenge of the Fallen receives a B+ final grade: small, but effective.