New Picture of Wikus from District 9

Sony Pictures has released a new picture of Wikus (played by Sharlto Copley) from District 9: 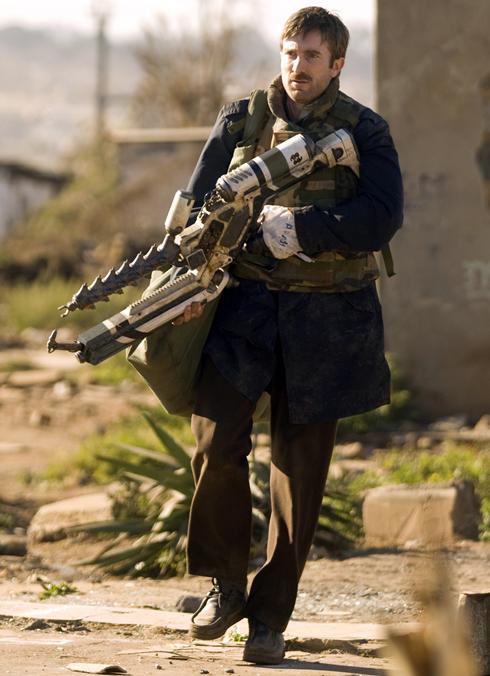 Initial reactions from the forum seem to be that his ‘weapon’ is an alien spray-type of thing, a flamethrower, or both. Forum member and staff writer Scott points out that the canister on top of the gun is remarkably similar to the canister Wikus sprays himself with in the trailer:

However, forum member Ronan adds to his theory that it’s a mix of both alien spray and a flamethrower with his analysis:

So what do you think it could be? What are your ideas on the new pic, as well as Wikus’ firearm? Is this something he has customized himself? Is it something provided to him by the aliens somehow? Leave your thoughts in the comments!

Stay tuned this week for our Com-Con coverage of District 9, which will open in theaters everywhere on August 14th, 2009.