What If: The Blade Runner Viral

It has been a slow weekend here at MovieViral, and there has been nothing to report on. But don’t worry! We’ve still got some interesting projects in the pipeline!

Between reading Alex’s Article on 5 films that should go viral and a post on the forum by cynic710 about all-time movies that deserved a viral campaign, I decided to put my creative hat on and look through the mists of time. Over the next few months, I’m going to look at old movies and try to devise a viral campaign for them.

For the first in the series, I’m choosing my favorite sci-fi film: Blade Runner

Blade Runner hit the cinema screens back in 1982 and dazzled audiences with it’s futuristic neon-lit vision of the future. However, the film did not dazzle the studio, going over budget and receiving bad feedback during test-screenings. Even the author Philip K. Dick, who wrote the book upon which blade runner is based, disowned the film after reading an early draft of the script. This criticism caused the film and script to go under the knife, and it was re-cut to make it more audience friendly.

In hindsight, it is easy to see that the film was both ahead of it’s time and an update on the classic film noir genre. A bona-fide classic, it has won it’s place in many publications “top ten greatest films” list and is regarded to be one of the greatest sci-fi movies of all time.

So the film certainly has the credentials to be considered as all-time classic movie, but what would the  viral campaign be like if this film, was it to be released in the present day?

Editors Note: The websites contained in this article are meant to be fictional websites. They may or may not be active, and the content of these website have not been checked. You have been warned.

In keeping with the first scene of the film, the first step on the viral campaign would have been interview.

In the same vein as the Iron mans 2 viral site, the Tyrell.com website visitor would have to complete a job application in order to be accessed by the Tyrell corporation. These questions would mainly consist of questions about past experience and would ask investigative questions to access the candidates eye for detail, inquisitive nature and compassionate and moral view points. This would hint towards the injected past memories of the replicants and also the emotions and viewpoints that are displayed by the replicate’s fugitive leader Roy awareness of death, and Tyrell’s secretary Rachel development of emotions towards the end of the end of the film.

Some time after the form has been submitted, successful applicants would then be sent a link to website Voight-Kampff.com where there would be a brief questionnaire to fill in. The questions would be similar to those asked during the Blade Runner’s interviews of suspected Replicants. The questions would  start with the typical likes and dislikes questions, and then take a more moral viewpoint to catch out suspected replicants. At this stage the user would be split in to one of two groups – The Blade Runners or The Replicants.

After successful completion of the questionnaire, those that answered in a morally correct way would then be sent to nexus6.com, an information site that where the blade runner would be able to look at past models and familiarise themselves with the current line-up. Here they would learn about the combat, pleasure and worker models.

The Replicants page, nexustrack.com, would be similar to the Blade Runner’s page, but would also show their current locations and allow them to track all known Replicants. The Replicants would see an alternative view of what the nexus-series, allowing the user to gather information  and select the right replicants for upcoming assignments.

Users will go to Kowalskisphotos.com and see several photos that have been developed. Similar to the photo tracking scene in he film. Encouraged to look for clues in the photos by using the scan and magnifying technique used in the film, Runners would be rewarded with set photos such as the Tyrell building, Hassan’s pet shop and police spiners

Replicants will be sent to Jftoys.com which will allow the user to build toys and robots left around the “workshop.” J. F. Sebastian will then rate the toy you have created and if he is pleased with the creation, he will reward the user with bios of Dekker, Tyrell and Rachel. The bio for Rachel would portray her as Tyrell’s secretary and possible love interest, but to keep the reveal in-tact, will not inform the user of her replicants background.

Blade Runners will go to their last page, Taffysgirls.com, where they will see the results of Voight-kampff tests as well photos of the applicant. After looking through the bios they will have to select those that should be scrutinised further using the knowledge they have learned from the nexus 6 page. If they identify all the Replicants correctly, they would be able to click on a link and see the preview of the trailer before anyone else.

Replicants would be directed to dekkardsretirementhome.com. There the Replicants will be expected to evade the Blade Runners by using their alternative knowledge gained stage one and putting it into practice. Test would include a new Voight-kampff test which they will this time have to path, and selecting the right Replicants to infiltrate the right scenario and not raise any suspicions. If they pass these tests, they will see an alternative trailer.

I really like the idea of the “alternative” sides to a film. Both District 9’s “Humans Only” vs. alien visitors and The Dark Knight’s Harvey Dent vs. the Joker’s “army” used similar ideas and in the end, you follow both sides and get to see the film from different perspectives.

I enjoyed this “what if” article, and hope to produce some more. If you can think of any films that would have benefited from a viral campaign, post them in the comments below. 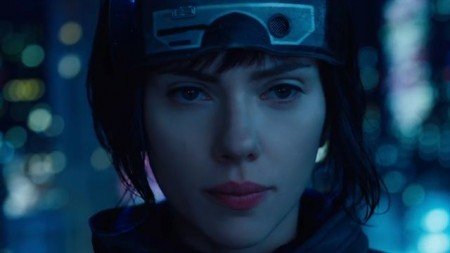