Could Avatar be the End of the Big Budget Film?

There is less than a month to go before Avatar finally hits the silver screen and the buzz is growing by the day. For the longest time we were being drip-fed information with pictures of the director, James Cameron, in front of green screens on set and all of a sudden there has been a torrent of new information from all corners.

I’m looking forward to the film and I have been well before the hype started. Early feedback from people who had seen footage, especially esteemed directors such as Peter Jackson and Steven Soderbergh, has been extremely positive. It seemed Cameron had pulled it off and realized his visionary dreams of changing cinematography forever. This is why I found myself disappointed when the first trailer hit. It didn’t give much of the plot away and didn’t play very well as a result.  It made me and most of the world think that maybe the man who had made the phenomenal Aliens, the amazing T2: Judgement Day and the awesome Abyss had bit off more than he could chew.  It placed that seed of doubt in my head and that seed has led to my writing of this article. I need to ask the question, could Avatar be the death toll for the big budget film?

Perhaps not, but it is something we need to consider.  Avatar is THE Most Anticipated Film of the Year, but is it? As a Cinemaphile, I keep myself in the loop with most films coming out. I’m very aware of the schedules and the big releases as well as the acclaimed releases. It’s for this reason that I know, as will you, that this is the biggest film of the year, but if I’m being truthful we are in the minority. The average cinema goer is someone who will follow an actor, or see a trailer they like the look of, go see the big blockbuster or read a review and based on this go and see it. It’s all this type of person who sustains a film and makes it successful. These are the people who will help a film reclaim its budget and this has me worried. 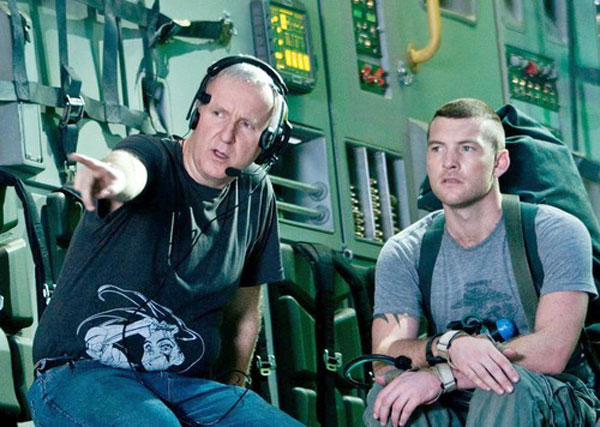 The problem here is that interest isn’t very high at the moment in the demographic because it hasn’t been very well publicized.  Everyone knew about Transformers, everyone knew about New Moon and more needs to be done, not just in viral and Internet marketing but in advertising as a whole to raise awareness of the film. From cereal boxes and happy meals to glossy magazines and newpapers, people need to be told about this film.

Very few films like Avatar come out. The huge scale of this type of project and the huge budget that accompanies it does not happen very often. Gone with the Wind and Titanic (yet another Cameron film) come to mind as big budget films with big problems, but how long can film studios go on supporting and bankrolling these kinds of films? It’s too early to call Avatar a flop, and I really hope it isn’t because it deserves to be huge, but the question has to be asked…what happens if Avatar cannot recover it’s unconfirmed $300 million dollar budget. This is a huge gamble for 20th Century Fo and kudos to them for making it. They have always been behind Cameron and quite rightly have all sorts of faith in him, but they must be worried despite their claims that they have “No Doubt” the film will make a profit.

Some people might look at this film as an investment, a stepping stone for further use of the techniques and technology used in this film, but will the studio see it this way if it doesn’t recover its money. In today’s climate a huge loss is not something that can be easily swallowed. Studios such as 20th and Sony make films like Avatar and Transformers possible. Without them we would never see the world coming to an end, never see journeys seeking new life and new civilizations and we would never see Rose losing Jack to the ocean. So, it is in our best interest for them to be profitable.

The difference with a film like Avatar is that there is a huge potential for other revenue than just Ticket sales. Merchandising can generate a huge amount of money through Toys, Clothes, Books and Video Games. You only need to look at the success Star Wars has had in the retail market to realize the potential, but will Avatar be that kind of film? Will kids want to buy the toys and will adults want to wear the T-Shirts? The recent family-friendly trailer shows that’s what the execs want, but it is difficult to judge at the moment if it will work, since no-one has seen the film. But, if it is as good as it looks, it will cash in. 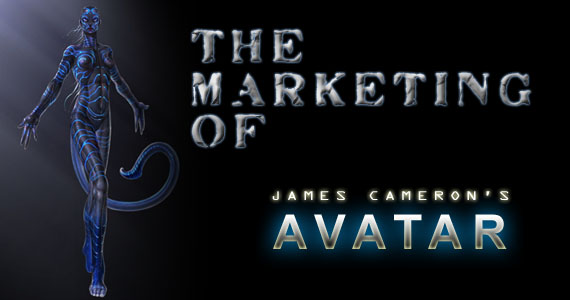 This year has been the year of the Indie, without a doubt. The small budget, no-name films have been hugely successful, with District 9 and Paranormal Activity being two of the most popular films of the year, with both costing less to make than it does to hire a big star for a leading role. It stands to reason then that this is the year that studios must be asking themselves why they are investing huge amounts in one film for little profit, when they can produce five smaller films with better scripts and innovations for the same price, and get a better return on their money.

The numbers speak for themselves. The most profitable movie ever, based on the percentage of return against the budget is The Blair Witch Project, costing $35,000 and grossing just under $250 million. It has made a return of over 350,000%, and so far Paranormal Activity with a limited release and smaller budget has reached 330,000%, These numbers make this kind of film a better investment for a film studio.

What would you do? My decision is easy. Pick the small film every time and minimize your loss, if there is any. That’s my business mind talking, but I’d rather have one Ferrari rather than ten Ford Focus! Same goes for movies as well, sometimes. I get the feeling that Avatar is the Ferrari and they made their decision with their hearts rather than their heads.