‘Chuck’ fans, you’ve waited to be rewarded for your dedication to NBC’s struggling comedy, and now is your time. NBC and YouTube are teaming up to give you a chance to be in a front page YouTube advertisement for the show. Basically, all you have to do is make a video explaining why you love the show and submit it to the contest’s YouTube Channel, where you will also see the video below (which talks more about the rules and such).

It’s a pretty neat idea to get ‘Chuck’ fans involved, and the prize is perfect for YouTubers who love being watched. It looks like the networks are really getting into the idea of using the fans to promote their shows, as we’ve seen with FOX’s GLEE contest. The ad will appear on January 10th, the day the show’s third season premiere airs. The site doesn’t state the deadline for submitting your video, but our NBC source tells us it’s January 6th, so get your submissions in ASAP!
Chuck 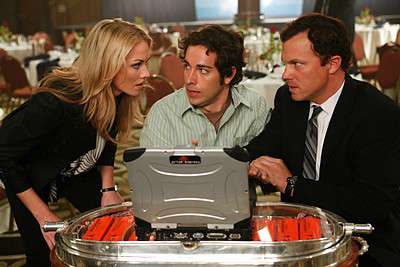 E! Online Helps Save One Bubble Show With Your Vote

E! Online Helps Save One Bubble Show With Your Vote