Sure, there have been countless amounts of vampire movies and television shows made in past couple of years, but I went into Daybreakers having high hopes. The film promised to be the project that would take vampirism seriously while also turning the genre on it’s head. Well, it accomplished one of those and at least tried to do another. This is my review of Daybreakers, written and directed by Peter and Michael Spierig, and starring Ethan Hawke, Willem Dafoe and Sam Neill. Minor spoilers ahead.

The film takes place in 2019, when most of the people on Earth are vampires thanks to a epidemic that began 10 years prior. Everything has been altered to fit this new lifestyle. Blood is treated like a condiment, being added to regular foods and drinks, and business hours begin just after sunset. Want to get around during the day? Just add daytime driving features to your car (mostly window covers, cameras and automatic driving). What’s left of the human population is hunted down to be farmed for their blood. Sounds perfect, right?

Well, the problem is that humans are harder and harder to find and are possibly on the verge of extinction. Edward Dalton (Hawke) is a hematologist working on creating a blood substitute, but the question is whether it will be ready in time to save the vampires from becoming hideous flying creatures before dying. Long story short, he ends up switching sides, trying to help the humans find a cure for vampirish, all while on the run from his own kind. 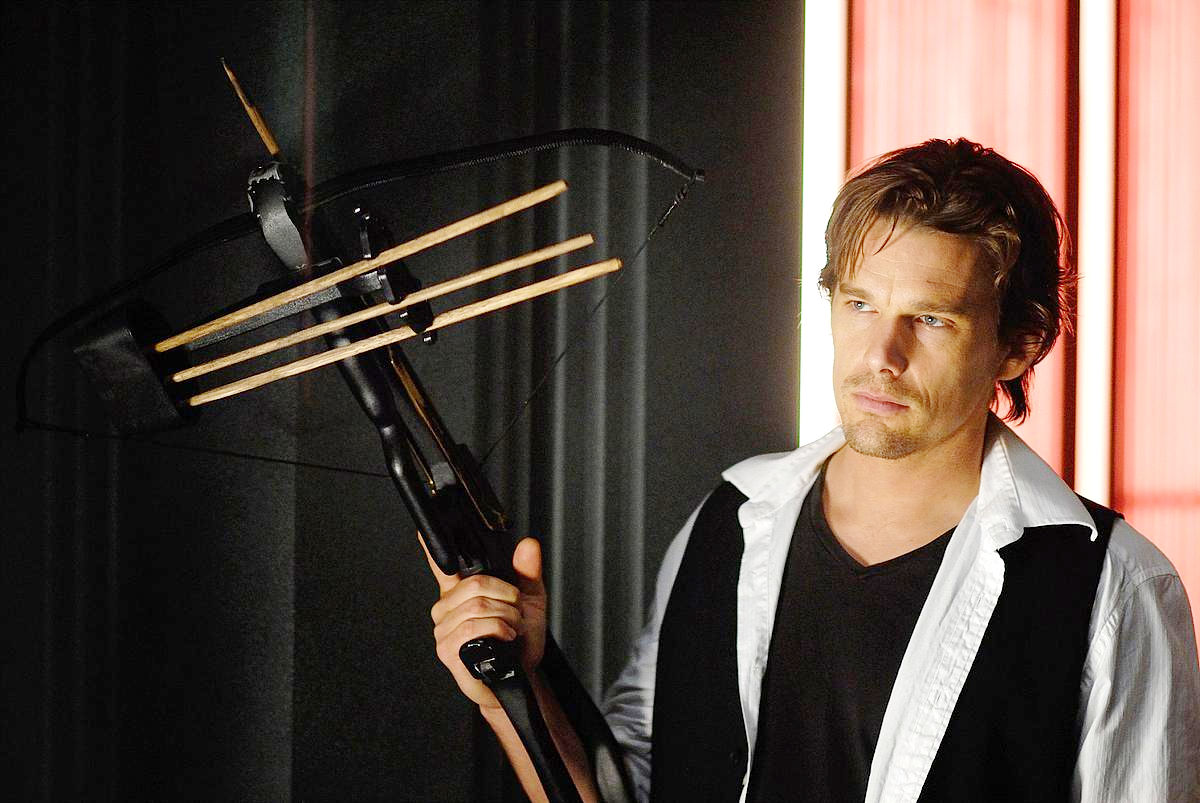 As you can tell from my detailed description of the film’s premise, I love this concept. Switching the usual roles of vampires and humans opens up tons of creative doors, and lets us look at how the world would be in such a situation. This is where Daybreakers truly succeeds. Similar to how Surrogates payed attention to details in that alternate world, this film spares no expensive in making sure the audience understands how different and yet how similar a vampire world would be. Even the mood of the movie is dark, somber, and pale like a vampire.

Unfortunately, this dark, somber, and pale mood comes off many times as slow, boring, and tedious. It reminded me a lot of how the Twilight series has a hard time distinguishing between gothic and depressing. This film confuses somber with slow. On the flip side, there are some fun action scenes, and even some humor thanks mostly to scene-stealing Dafoe playing Lionel Cormac.

My other big issue with Daybreakers is extreme amounts of gore. This is easily the goriest film I’ve seen in years, especially for a film that I would not really call a horror film. Now, I know there are some queasy moments to be expected, given the fact that blood plays a big part of this world, and that you know people will be bit and vampires staked in the heart (or burned in the sunlight). Funnily, these are not the worse parts. People and disfigured vampires alike are dismembered, decapitated, exploded, and more. Sometimes it was appropriate, other times funny, and usually unnecessary (a slow-mo orgy of gore at one point had many in the theater groaning in disbelief).

My theory on the gore is that it was meant to play into one of the movie’s main messages, that when you become a vampire, no matter how hard you try to cover it up, you are no longer human. This sense of lost humanity pushes the story and subtly shows up in the background often, but there were many missed opportunities to really drive the point home.

And I guess that sums up my feelings on Daybreakers. A great concept, a few great moments, but ultimately a missed opportunity. There were a few technical issues I had (thanks for using ALL the vampire cliches), but once I saw an exploding vampire, I knew all bets were off. 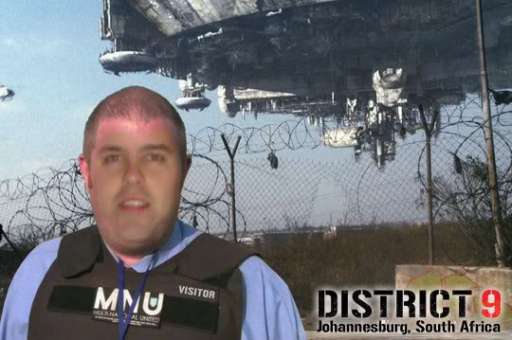 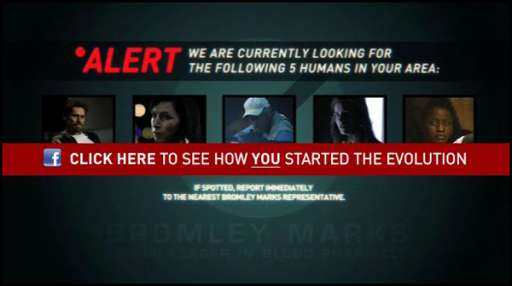