The Crazies: Lots of Updates to Viral Sites

A few updates to the once idle The Crazies viral are popping up everywhere now that the release date is close by. First off, as we reported earlier, our Ogden Marsh liaison, Kim Jonson, was strangely attacked. A new post on Kim’s website gives us a little more info on the attack.

Eugene, the character who runs TheTruthAboutTrixie.com, updated Kim’s blog by showing the video we posted earlier today and saying he didn’t know what to do since he was 1000 miles away. There are also two other blog posts before that, talking about protesting, getting arrested, and Greenpeace. However, the little tidbit we get is that Gary, the cameraman who attacks Kim later, was drinking from a hose, most likely the source of infection. Eugene seems to think this all leads back to DP Chemicals. 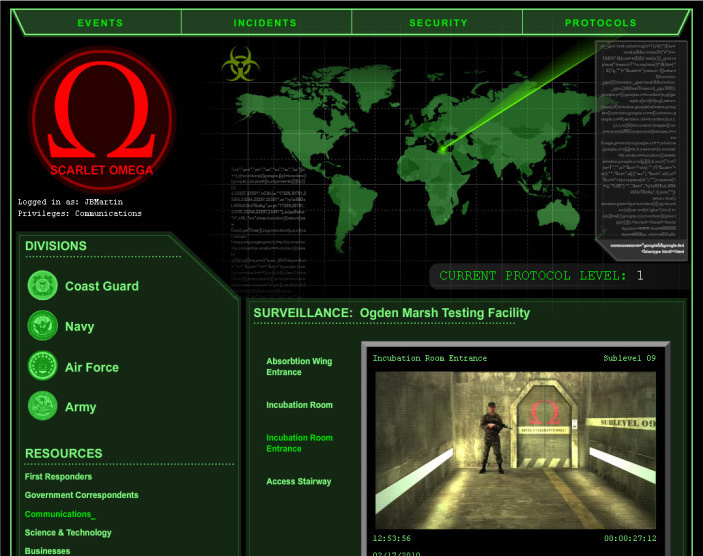 Speaking of which, on DPChemicals.com, after logging in as Jessica B. Martin (login:jbmartin password: p@ssword), there is a new message available in Jessica’s inbox which gives her access to the Scarlet Omega mainframe. Upon opening it, we can see that it is some sort of monitoring system with chronicled events of past outbreaks. A few are the same articles from TheTruthAboutTrixie.com. There is plenty to explore on the new site, including live feeds from the Ogden Marsh plant as well as a protocols page, so check it out!

Finally, back on TheTruthAboutTrixie.com, you can now download the full pictures of past incidents of outbreaks. There are also new videos under the “News” link discussing Kim Jonson’s attack now posted. I’m sure this is the beginning to the climax of this viral, as the movie is so close to its release, it should get very exciting in the next few days.

The Crazies opens February 26th. For more info on the movie and its viral campaign, check out its Viral Page.
Kim JonsonThe Crazies