Is Comic-Con Going To Disneyland?

As our Comic-Con 09 reporters Kelsey and Rose can attest, the popularity of the convention has grown significantly over the past few years. Over 130,000 people attended the event last year (almost double the attendance from just 6 years before), and the San Diego Convention Center is having trouble accomodating everyone. So, what’s the solution for this overcrowding? It could possibly be moving to Disneyland.

Comic-Con isn’t just a comic book convention, it’s a geek convention, and the show is feeling the Hollywood love thanks to geeks being the new cool. Movies like Lord of the Rings, The Dark Knight, and Transformers have dominated the box office like never before.

Thanks to the newly star-studded event, the attendance has skyrocketed, but as the San Diego Union Tribune reports, neither the convention center or the local hotels can accomodate the influx. Fortunately, Comic Con’s contract with the city ends in 2012, so like Lebron James in free agency, other venues are salivating at the possibility of hosting the lucrative event in 2013. 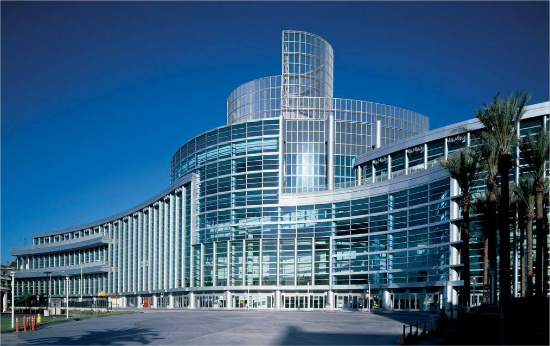 While Las Vegas has been floated around as an option, the city of Anaheim, CA is apparently the big player right now. I live just outside the city, and I can say it seems like a perfect fit. There are plenty of hotels in the area thanks to Disneyland, Knotts Berry Farm, and the beach, and the prices are likely to be cheaper. The Anaheim Convention Center is also much larger than the San Diego Convention Center.

What do you think? Should Comic-Con move, or is the tradition in San Diego too strong? Where would you like it to move to? Let us know in the comments below.