As I briefly mentioned in my review of the film this morning, the premiere of The Crazies was an event like no other. Overture really went all out to get this audience pumped for the film, treating it like a military quarantine. I’ll explain the “crazy” night (my first premiere!) after the jump, and fortunately we have a press video of the event to help me.

The night started out with me driving to the premiere (thanks to traffic, it took me about 2 hours). It was dark and sprinkling a bit, so I’m driving along Sunset Blvd, worried I might miss wherever it is I’m supposed to park. Let me tell you, I did not need to worry. The entrance looked like a military facility with barricades, signs, and armed men and women in uniform. They directed me through the gate of the facility after I presented my ticket, calling all of this a quarantine precaution, and I was going to a safe location. More military people guided me to where to park in the structure. All of this was done in a very rushed, no nonsense matter, like you would expect from military people dealing with a quarantine.

At the bottom of the parking structure, I was given a hospital bracelet to track me, then was hurried to people in HVAC suits who pretended to take my temperature and asked me random questions. I was then sent to stand with a group of people who were in a containment area made of small barricades, like we were cattle. At some point (it was all so fast, this might have actually been after the bus ride to be honest) we went through an outdoor walkway that had Crazies and doctors and military trying to control them. We rushed passed them to get to our destination.

We were then rushed on to a school bus (just like in the movie, nice touch), where we were driven to the location of the screening, which was at a theater they had renamed “Ogden Marsh Cinemas”. Very nice little theater with great sound. We got rushed into the entrance, but once in the theater, everything was pretty normal. They had military people walk around, and there was some chatter in the speakers sounding like walkie talkies.

When the movie was about to start, an announcer came on and said we were in a safe zone, but then there was a security breach and we all had to show our ID bands. They ended up pulling a guy from the middle rows (obviously an actor) out of the theater in a very aggressive fashion. Everyone clapped. Very impressive. The movie starts.

After the film, there was an after party that was very high end. There were stills from the movie all around (including the big screen that changed, seen below), and there was tons of fancy food, a couple of bars, waiters dressed as doctors with white masks, and military guards to help you find stuff. There was a station where you could get made up to look like a Crazy, and one where they interview you in front of a green screen. They even had some of the cast and crew there, including the Crazy hunters, director Breck Eisner and Radha Mitchell (Judy). I actually met Radha, though I was kind of star struck, so the conversation was a bit awkward. I told her I thought she was great in Surrogates, and she asked me what I thought of this film (she’s a pro). I told her it was great and she was great, and I was not just “buttering you up”. Yeah, smooth. Anyway, there was also a guy hanging in the entrance and they lit a guy on fire twice. All in all, a great night.

I was only able to take a few pictures, and they were all after the film, because the pre-screening process was so hectic, and iPhones are not great for quick photos. Take a look at my photos and the official press video from Overture Films below: 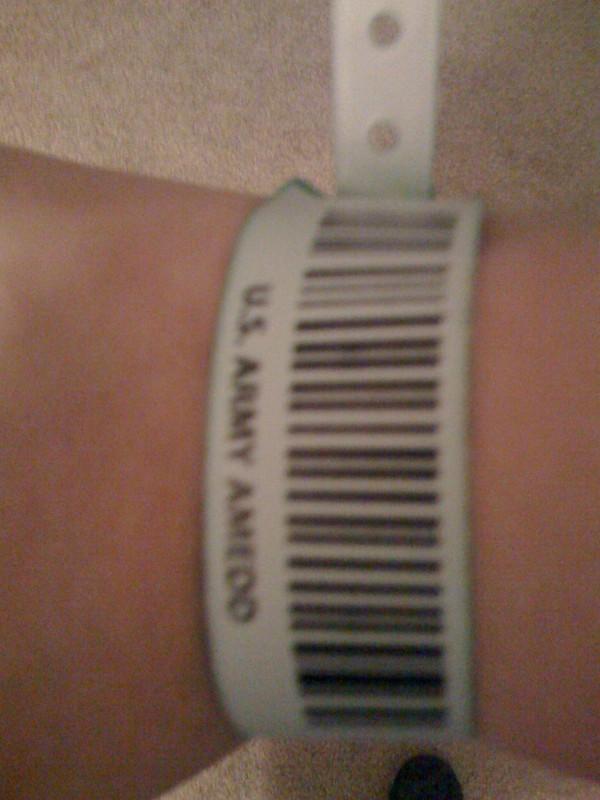 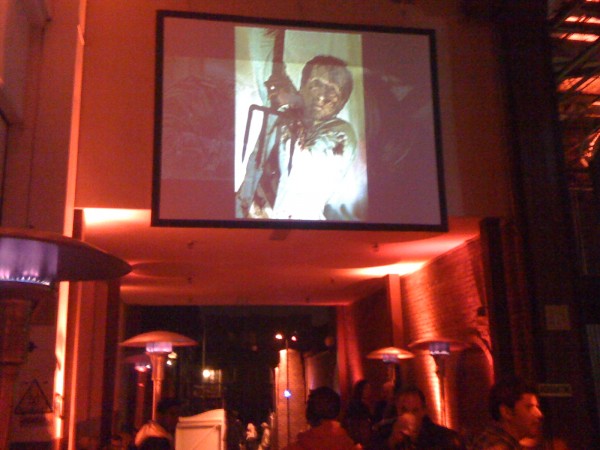 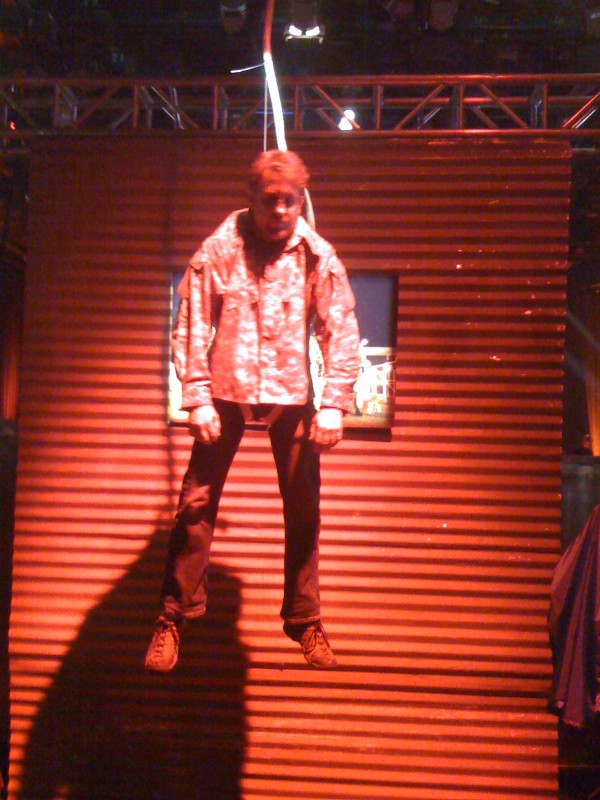 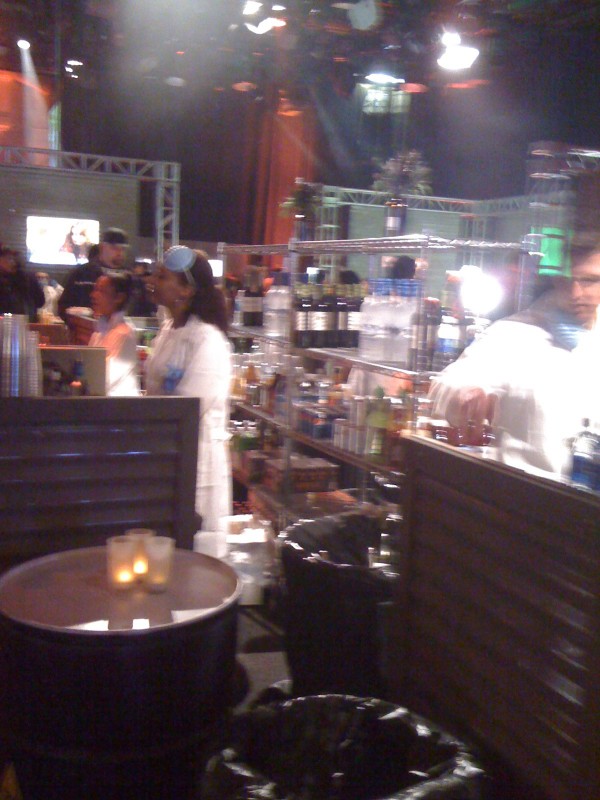 To see more pictures of the event, check out the Twitter accounts of TakePart and FEARnet. The Crazies opens TONIGHT at midnight, so check it out and let us know what you thought of it!
PremiereThe Crazies